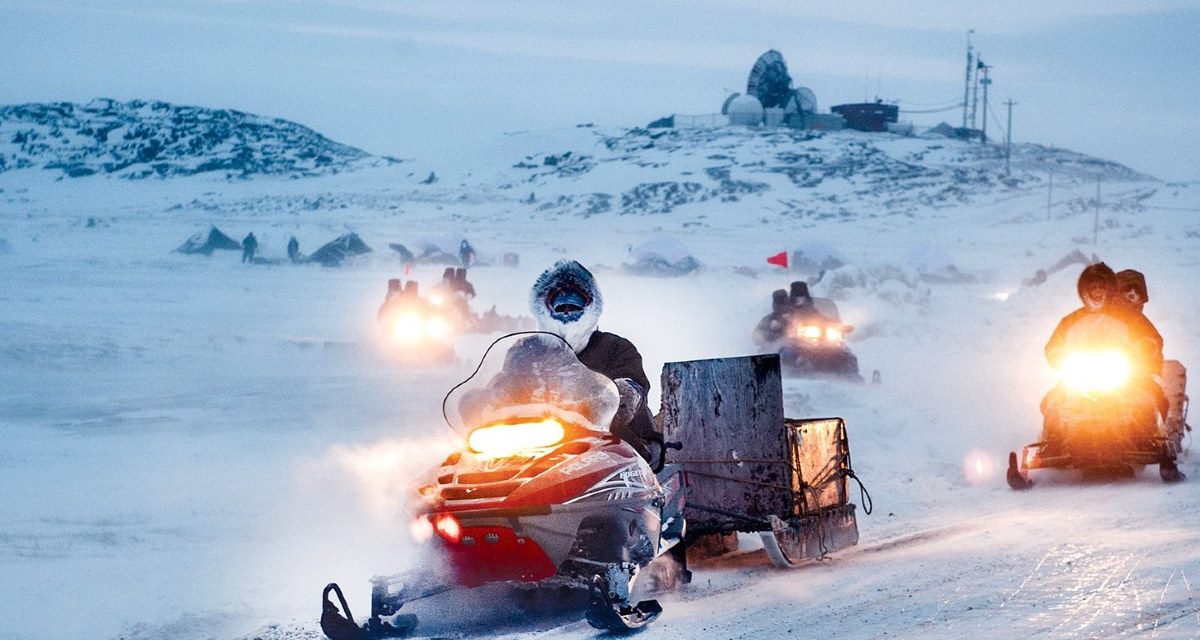 Editor’s note: The Modern War Institute’s Project 6633 and the US Army’s 10th Special Forces Group (Airborne) recently hosted an essay contest aimed at generating new ideas and expanding the community of interest for special operations in the polar regions. Participants were asked to address the following prompt: How can American special operations forces compete with near-peer adversaries in the polar regions? This essay, by Colonel Kevin D. Stringer, was selected as the winning entry.

US Army Special Forces will better compete with near-peer adversaries in the polar regions by concentrating on regular engagement with Arctic indigenous peoples and focusing on special reconnaissance. Regular and persistent engagement with the indigenous peoples of the Arctic will enhance Special Forces capabilities. Reciprocally, these local partners can benefit from skills imparted through close collaboration. Likewise, focus on enduring special reconnaissance missions will reinforce American and allied sovereignty, while improving understanding of Arctic ecosystems through physical presence.

Engagement with Arctic indigenous peoples offers an opportunity to build on the Special Forces’ core special warfare focus. As the Special Forces partnered with the Montagnards and Nungs in Vietnam and the Kurds in Iraq, the polar regions offer similar opportunities. The Arctic is home to approximately forty ethnic groups totaling one million persons, or 9 percent of the overall Arctic population, concentrated in Canada and Greenland. The Inuit stretch from Siberia through Alaska and Canada to Greenland, the Saami live in Scandinavia, while Russia hosts a variety of groups including the Yakuts, Chukchis, Khantys, and others. These communities live and survive in the harsh polar environment primarily through hunting, fishing, and trapping. This lifestyle provides unique insights into the Arctic ecosystem that would offer Special Forces benefits at both the tactical and operational level.

Tactically, dedicated operational detachments could work with Allied special operations forces and their national Arctic indigenous peoples to develop greater expertise in the polar regions. These habitual engagements would exercise, test, and adapt personnel, equipment, tactics, techniques, and procedures to Arctic conditions. Additionally, they would improve Arctic situational awareness and survival to prepare the environment for future US and partner operations. Reciprocally, the Special Forces could offer expertise in special reconnaissance techniques, planning, intelligence, and medical skills to cement these relationships. A second-order effect of these activities would be the strengthening of the direct SOF relationships with critical Arctic countries as part of indigenous engagement.

Operationally, US Special Forces have a civil affairs opportunity with the large number of indigenous governance organizations and bodies. Depending on the country, Arctic ethnic groups have a degree of substate sovereignty over their respective localities, and a greater understanding of their local issues—economic, environmental, and social—would enhance US Special Forces operations and capabilities in the polar region. Furthermore, long-lasting relationships with indigenous leadership could lead to unforeseen positive effects in the future.

Like indigenous group engagement, polar situational awareness and physical presence is necessary to retain the operational initiative. As I wrote for Joint Forces Quarterly in 2015, the Special Forces must consider how “Arctic climate dynamics and increased human activity on polar air, land, and sea routes, the assertion of sovereignty and the need for ‘on the surface’ situational awareness [take] on strategic significance.” Consider how Nazi Germany established secret meteorological stations in Greenland to support submarine activity. These bases were only discovered by terrestrial Danish long-range military patrols. While satellite technology and sensors can provide a partial picture of the polar regions, US national security requires on-the-ground presence for full situational awareness and environmental understanding.

In similar fashion, regular special reconnaissance missions in the Arctic would contribute to national presence, strengthen US polar sovereignty, and maintain overwatch in this remote area of the world. A core mission, the Special Forces would only need to adapt special reconnaissance to the polar environment.

A role model for this proposal is the Danish military’s Sirius Patrol. Sirius consists of six two-man patrols on dog sleds that reconnoiter Greenland’s 8,900-mile coastline and 375,000-square-mile protected wilderness while enforcing Danish sovereignty. The teams are resupplied by pre-positioned depots and aircraft. Personnel deploy for a twenty-six-month tour with up to five months on the ice. Learning from the Danes in terms of training and equipment would allow a similar US Special Forces model to patrol the Alaskan Arctic to monitor and record air, sea, and land traffic in the isolated north, provide early warning on unusual activities or environmental events, as well as support law enforcement in ferreting out illicit activity ranging from Russian or Chinese gray zone operations to illegal fishing, mining, or surveying. Such patrols would also enable the Special Forces to hone polar expertise and survival craft.

Based upon its selection and missions, the US Army Special Forces are the force of choice given the harsh and austere nature of the Arctic environment. To implement this two-part approach, three organizational adjustments need to be considered. First, the Special Forces would need to geophysically specialize a certain number of detachments for true Arctic duty, not just periodic “winter warfare” or “cold weather” operations. Although contrary to the all-purpose unit preferences of US Special Operations Command, the Arctic environment and its human terrain demand formation specificity and continuity. Second, at 1st Special Forces Command and Special Forces group level, leadership must allocate a sufficient annual percentage of engagements to polar operations to ensure regular and repetitive presence. Finally, unlike in other world regions, the Special Forces must apprentice as a learning organization with allied special operations forces and indigenous Arctic partners to become a true polar force that can operate in the similar yet different ecosystems of the North American, European, and Russo-Asian Arctic. Otherwise, US Army Special Forces risk a dilettante approach to this strategic region.

Colonel Kevin D. Stringer, PhD is a Eurasian foreign area officer on active duty as a faculty member at the US Army War College. He is a fellow at the Centre for International and Defence Policy, Queens University and affiliated faculty at the Military Academy of Lithuania. He has spent the last decade in the US Special Operations Command enterprise.