Competition and Stewardship: The Strategic Wisdom of Responsible Behavior in Space 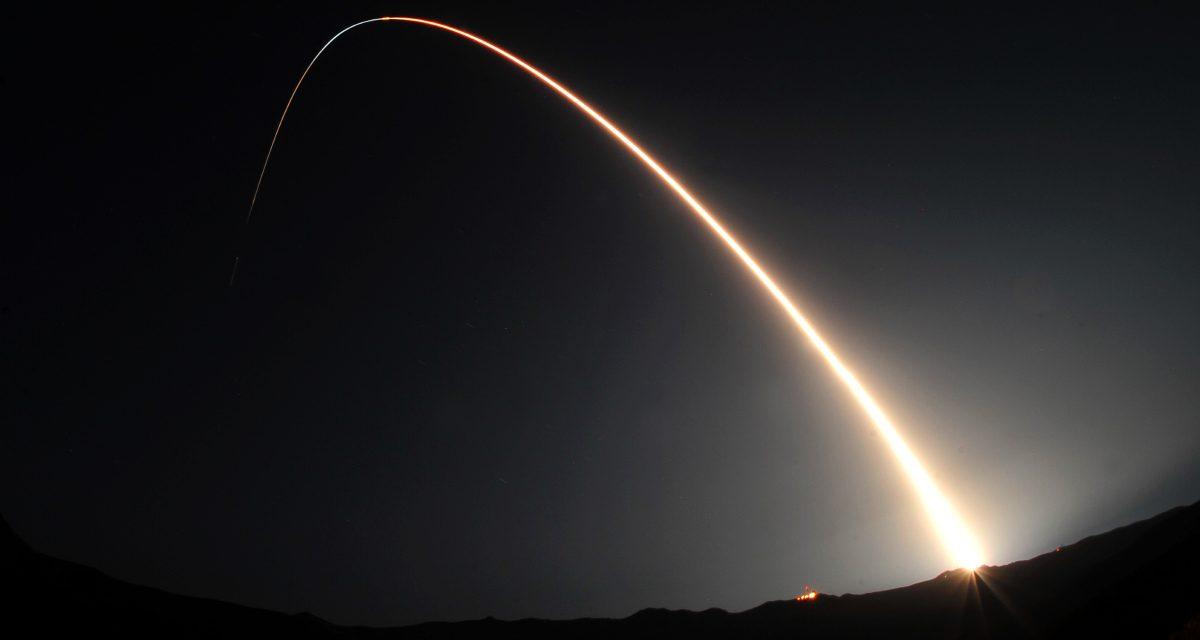 The US Space Force vice chief of space operations, General David “DT” Thompson, predicts that 2023 will be a year of tremendous growth and competition. “In 2023, you’re going to see a significant increase in the resources for the United States Space Force and other space missions,” he said in October. Thereafter, just before Christmas, Congress authorized an additional $1.7 billion to the Space Force’s new budget. Alongside this influx of resources, however, the new year also ushers in concerns about the strategic challenges posed by the People’s Republic of China in outer space.

Thompson acknowledged these concerns as a chief reason the Space Force needs the additional funding. A month later after he made those comments, the Space Force’s director of staff, Lieutenant General Nina Armagno, also spoke to growing worries about competition in space. China, she said, is “the only country with both the intent to reshape the international order and increasingly, the economic, diplomatic, military and technological power to achieve that objective.” Her remarks on China’s advancements in space technology come on the heels of the China National Space Administration (CNSA) completing its first orbital space station, the Tiangong. With this achievement, the Tiangong—meaning “Heavenly Palace”—joins the International Space Station (ISS), as the second space station to operate in low-Earth-orbit (LEO).

This is an impressive developmental timeline, considering that it was only April 2021 that the Tiangong’s core module, Tianhe (“Harmony of the Heavens”), was placed in orbit. The following month, the China Manned Space Agency (CMSA), which manages the human spaceflight program, launched its Shenzhou-12 spacecraft, breaking China’s record for the longest-running crewed mission in 2021. More recently, in late November the agency launched the Shenzhou-15 spacecraft with three taikonauts—Chinese astronauts. According to CMSA, this was a milestone mission because it marked China’s first in-orbit crew transition between the Shenzhou-14 taikonauts aboard the Tiangong and incoming Shenzhou-15 crew. The Shenzhou-15 mission is China’s sixth manned spaceflight since 2021 and will involve conducting “extravehicular tasks at the time when the space station has the largest [three-module] configuration ever,” described Huang Weifan, CMSA’s chief astronaut trainer.

Apart from China’s manned spaceflight program, as part of Chinese President Xi Jinping’s “space dream,” the state is interested in accelerating its lunar program by forming international partnerships for exploration and research. In 2020, China became the second country to have planted a flag on the moon—half a century after the United States did so during the manned Apollo 11 mission in 1969.

Similar to NASA’s Artemis Accords program and Gateway project to advance international cooperation for lunar exploration, the CNSA is also “welcom[ing] other countries around the world that are carrying out international moon base construction programs to join us [China], and make contributions to the cause of enhancing human well-being with space solutions.” By 2030, CNSA plans to construct the International Lunar Research Station in partnership with the Russian State Space Corporation, Roscosmos. Further, CNSA aspires to conduct a lunar exploration mission with Chang’e-6 between 2024 and 2025 and to develop interstellar probe missions for Chang’e-7 in 2026, followed by Chang’e-8.

Chinese Foreign Ministry spokesman Wang Wenbin announced last spring that China is “willing to work with any country and region that is dedicated to the peaceful use of space to carry out more international cooperation and exchanges,” like hosting foreign astronauts in joint missions aboard the Tiangong space station. The United States is unlikely to be a party to this, however, because the 2011 Wolf Amendment limits US federal agencies, like NASA, from working with Chinese state entities on civil space exploration.

For historical context, NASA first announced in 2020 it was advancing international cooperation for lunar exploration by introducing the Artemis Accords Principles for a Safe, Peaceful, and Prosperous Future. The Artemis program aims to land the first woman and the next man on the moon by 2024 and conduct the first human mission to Mars. Presently, there are twenty-three signatory states to the nonbinding Artemis Accords. The most recent signatories were Rwanda and Nigeria, joining in December.

On November 16, NASA successfully launched Artemis I, the first in a series of three significant missions to return humans to the moon. In addition, Artemis reached a major milestone with its Space Launch System rocket, which enabled the Orion spacecraft to travel “farther than any spacecraft built for astronauts has been before,” NASA announced.

Apart from the NASA-led Artemis program, the ISS is also a major conduit for global partnerships and is supported by the European Space Agency, the Japanese Aerospace Exploration Agency, the Canadian Space Agency, and the Russian State Space Corporation. But the ISS infrastructure is aging and NASA expects that it will need to be retired.

According to the 2022 International Space Station Transition Report, the station can be safely operated through 2030, but will need to be deorbited. The Biden administration pledged to extend the technical lifespan of the 1998 space station through 2030 to promote deep space exploration and continued collaboration with the sixteen partner nations. Additionally, pursuant to the 2022 NASA Authorization Act, Congress voted to extend the United States’ participation in the ISS through at least September 30, 2030. To support these goals, and to help stabilize the transition years ahead, dual planning efforts by the Biden administration and NASA are necessary to safely transition the ISS and accelerate the Artemis program.

To Be a Good Steward of Space

All of this provides the backdrop against which various types of competition will play out around lunar exploration, international partnerships in space, scientific research and development, and space security. This competition is already taking shape as China and the United States increasingly share common objectives in space—both aim to place astronauts on the moon before 2030 and conduct a crewed mission to Mars, for instance. In May 2021, China’s space program made history by becoming the second country to successfully land a spacecraft on Mars, following the United States. “Beijing’s goal is to become a broad-based, fully capable space power,” DoD’s recent annual report to Congress on military and security developments makes clear. “Its rapidly growing space program [is] second only to the United States in terms of the number of operational satellites.” Collectively, the Space Force senior leaders’ comments shine a spotlight on the intensifying space competition with China. But there is also an opportunity: to accentuate US leadership status in space by setting models for good stewardship.

Curiously, the Outer Space Treaty, which represents the nucleus of international space law, repeatedly mentions the importance of limiting space activities to “peaceful purposes,” but does not actually define what that means. While Article IV of the treaty does prohibit certain weapons in space, the treaty as a whole “does not declare that space itself must be used for peaceful purposes.” Despite this ambiguity, the Outer Space Treaty endures as customary international law. Customary international law carries a certain status of general acceptance and practice such that it becomes “binding on all states” to follow. While the treaty does not define “peaceful purposes,” such purposes are clearly linked to the broader imperative to act responsibly. In US Secretary of Defense Lloyd Austin’s memorandum on the tenets of responsible behavior in space, he wrote that space operations will be conducted “with due regard to others and in a professional manner,” which includes behavior like reducing the generation of orbital debris and communicating with spacefaring nations to “enhance the safety and stability of the domain.”

Acting in such a manner serves important strategic purposes. As former Defense Secretary and retired General James Mattis recounts in his autobiography, Call Sign Chaos, moral leadership matters: “Trust is the coin of the realm for creating the harmony, speed, and teamwork to achieve success at the lowest cost.” Looking to history, this was evident during the Cold War, when a commitment to values like freedom and democracy cut a sharp contrast to the Soviet Union’s oppression and authoritarianism. A willingness to take actions not solely in pursuit of national interests but for the global good earns friends; an unwillingness to do so makes others cautious of US leadership.

Therein lies the opportunity. As Space Force leaders have expressed, the United States will continue to find itself in competition with China in the space domain. By the same token. however, there is potential to breach the barrier by demonstrating what it means to be a good steward of space.

Zhanna L. Malekos Smith is an adjunct fellow (non-resident) with the Strategic Technologies Program at the Center for Strategic and International Studies in Washington, DC and an assistant professor in the Department of Systems Engineering at the US Military Academy at West Point, where she also serves as a cyber law and policy fellow with the Army Cyber Institute and affiliate faculty with the Modern War Institute.

The views expressed are those of the author and do not reflect the official position of the United States Military Academy, Department of the Army, or Department of Defense, or that of any organization the author is affiliated with, including the Center for Strategic and International Studies.