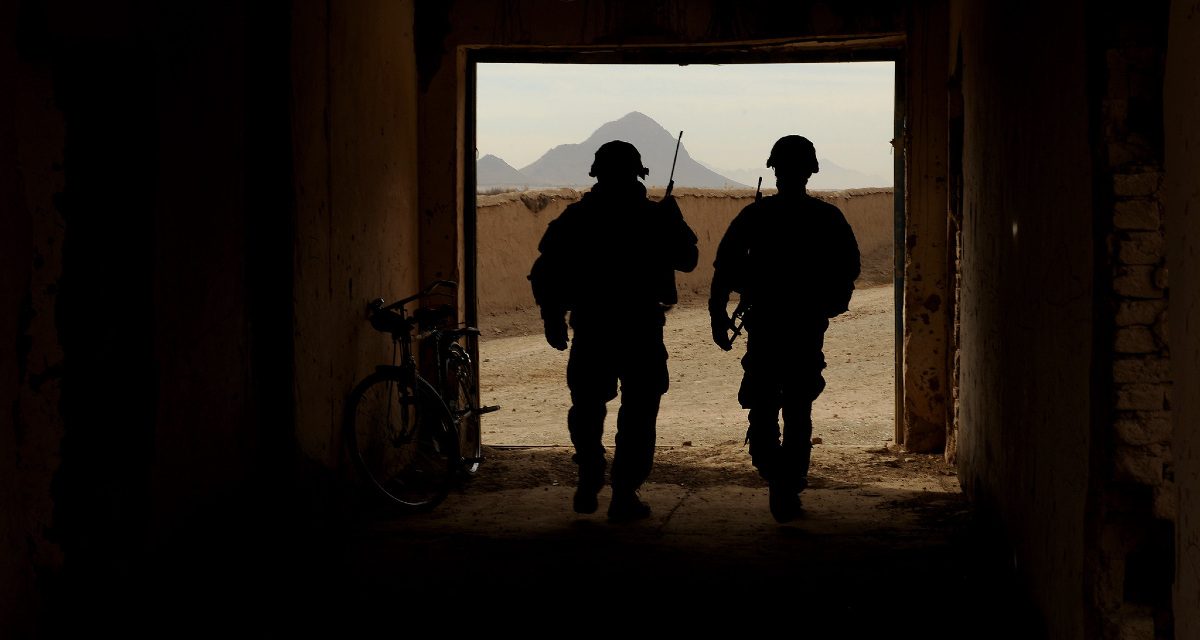 Since the first American boots hit the ground in Afghanistan in October 2001, countering jihadist terrorism served as the central focus of US national security until the reemergence of great power competition over the last few years. Clearly the United States needs to compete with a rising China, a revanchist Russia, and rogue states like Iran and North Korea, but competing with rival states and countering jihadist terrorism are not mutually exclusive efforts, and if conducted appropriately, they can be mutually reinforcing.

Both the National Security Strategy and the National Defense Strategy make clear that great power competition is the United States’ strategic priority, and both acknowledge the enduring importance of defending against terrorist threats and consolidating hard-earned gains in Afghanistan and Iraq. However, persistent presidential tweets and comments on the need to end “forever wars” in the Middle East and Africa really drove a narrative that great power competition is mutually exclusive to continuing efforts to counter jihadist terrorism. This narrative presents a false dichotomy that the Biden administration needs to dispel.

The United States should compete with rival states and continue to help other countries reduce jihadist terrorist groups and address the root causes of radicalization. Competition with rival powers does not obviate the need to continue the unfinished work of countering jihadist terrorism—the two efforts can be mutually reinforcing. A coherent, whole-of-government approach to competing with rival states, rather than relying excessively on containment or military deterrence, will improve the US ability to help countries deal with jihadist insurgencies and other transnational criminal activities like trafficking in drugs and humans. Likewise, improving its approach to countering jihadist groups by adopting counterinsurgency efforts that address the root causes of poverty and political disenfranchisement will improve US access and influence, and thereby its ability to compete with rival powers.

While the 2018 National Defense Strategy focuses on rebuilding the military to prepare for war with near-peer competitors, it does not direct an end to overseas military engagements. In fact, it explicitly states the need to expand relationships, consolidate gains in Iraq and Afghanistan, and address significant terrorist threats in Africa. These nuances, however, got lost in the noise as the military rushed to reduce deployment tempo and focus on preparing for the next war, apparently forgetting Secretary of Defense Robert Gates’ warnings about “Next-War-itis.” Additionally, there was significant pressure from the Trump administration to reduce or end military activities in the Middle East and Africa. Trump personally directed the military to abandon Syria and in his last weeks in office ordered a reduction of forces in Afghanistan and the near total withdrawal of US advisors from Somalia.

US efforts have not yet succeeded in Afghanistan or Iraq, but this does not mean it should cut and run; instead, the United States should do a better job. With an extensive list of strategic mistakes in Afghanistan and unforced errors in Iraq, it is more surprising that the United States has accomplished so much. It has fallen short in both cases not because it cannot achieve success, but because it has not pursued success effectively. In both cases, the United States can accomplish national security objectives by establishing reasonable goals, clearly articulating a strategy based on reality instead of wishful thinking, and then staying the course.

Retired Lt. Gen. H.R. McMaster points out that rather than pursuing a single coherent strategy over nearly two decades in Afghanistan, the United States has fought a succession of one-year wars. Even so, there have been many improvements in governance, security, education, and gender equality, to name a few. By pursuing a coherent, whole-of-government strategy with reasonable goals and a sustainable footprint, the United States and its coalition partners can still succeed in Afghanistan.

Missteps in Iraq began with the decision to invade, which is generally considered a strategic mistake. But invading Iraq without a plan for occupation goes beyond being a mistake—it was naïve and negligent. Additional errors such as dismissing the Iraqi army and not recognizing the growing insurgency unnecessarily added to the challenge. When the surge of additional troops and the Sunni Awakening finally reduced the insurgency, US and coalition forces were in a position to provide security and allow developmental efforts to improve governance and the distribution of services in the fragile democracy. Unfortunately, neither Iraqi politics nor government institutions were stable when the Obama administration pulled out of Iraq in 2011, showing that the United States cannot unilaterally end unpopular, protracted conflicts by choosing to stop taking part in them. In the absence of US involvement, the situation degraded almost immediately with sectarian purges in the Shia-majority government. The resulting disenfranchisement of Sunni communities enabled ISIS to make rapid progress across the Sunni west and north of Iraq, ultimately forcing the Obama administration to commit massive resources to address ISIS and a collapsed Iraqi military. More critically, the vacuum left by the US withdrawal from Iraq ceded Washington’s influence in Baghdad to Tehran and encouraged Iranian adventurism in the region. Ultimately the US withdrawal from Iraq did not end a forever war, but rather reduced US influence over the conflict’s outcome and created a vacuum for adversaries to fill.

In these cases, limited understanding of complex situations and the associated ill-informed decisions hampered US efforts to counter jihadist terrorists. The fact that the United States made mistakes, however, does not suggest that it should stop pursuing its interests; rather, it needs to get better at dealing with jihadist insurgencies in countries with difficult political and societal conditions. More specifically, the United States needs to do a better job of helping other countries address their jihadist insurgencies through sustainable, long-term approaches informed by facts on the ground and expert advice.

A sustainable US approach to countering jihadist insurgencies requires a whole-of-government effort that emphasizes good governance, economic development, and lower corruption, relying heavily on the diplomatic and development communities. A limited military presence to train, advise, and assist partner forces will likely be important to help the host government provide security for the population and the extension of governance and development. To be sustainable over time in a mission that requires patience, small US military efforts must be affordable and limit the risk of US casualties. Both diplomatic and military efforts will increase US influence with the host government and population and help crowd out malign actors.

In Africa, the United States should help partners provide security for their populations, while diplomatic, developmental, and military civil affairs efforts extend governance and economic opportunity. It can sustain support to counterinsurgency campaigns with a light military footprint that entails limited risks. Special operations forces, small elements of the Army’s security force assistance brigades, and other advisors best suited for these missions are effectively dual use, as they both help the United States compete with great powers by making it the partner of choice and extend the democratic values of rule of law, respect for human rights, and transparent governance.

By proving that it can master complex political situations and achieve desired goals, the United States will improve its credibility and influence abroad, which is fundamental to competing with rival powers. Multiple missteps in dealing with jihadist terrorists have damaged US credibility, delayed or reduced successful outcomes, wasted vast amounts of money, and unnecessarily cost lives. Yet the United States has and will overcome these setbacks; it should learn from these mistakes and improve how it addresses jihadist terrorists as it pursues US interests abroad. Moreover, US decisions to disengage, out of frustration or an inability to develop a coherent strategy, have emboldened competitors. This suggests that continued engagement—not retrenchment—will improve success in great power competition.

Additionally, addressing jihadist terrorism complements, rather than degrades, the US ability to engage in great power competition by increasing its access and influence with foreign partners. By aiding countries with jihadist terrorists, the United States can leverage access provided by shared security interests to address governance and development goals as part of an overall counterinsurgency strategy. US assistance also enhances soft power by generating goodwill that can translate to increased influence. The United States can compete effectively while promoting reforms consistent with democratic norms and helping crowd out authoritarian competitors who promote illiberal forms of governance.

The corollary is that a more comprehensive approach to great power competition should improve the United States’ ability to address jihadist terrorist threats across the Muslim world. To compete with rival powers, the United States should strive to be the partner of choice across the world. If it aggressively competes for influence to expand democratic norms, then by extension it will address many of the root causes of radicalization and instability such as poverty and political disenfranchisement. Additionally, countries may be more open to democratic reforms when framed as a necessary step to reduce violence and political instability.

Leveraging the Synergy Between Counterterrorism and Great Power Competition