Counterterrorism and the Israel-Palestine Conflict: A Call for Change from a Former Director of Israel’s Shin Bet 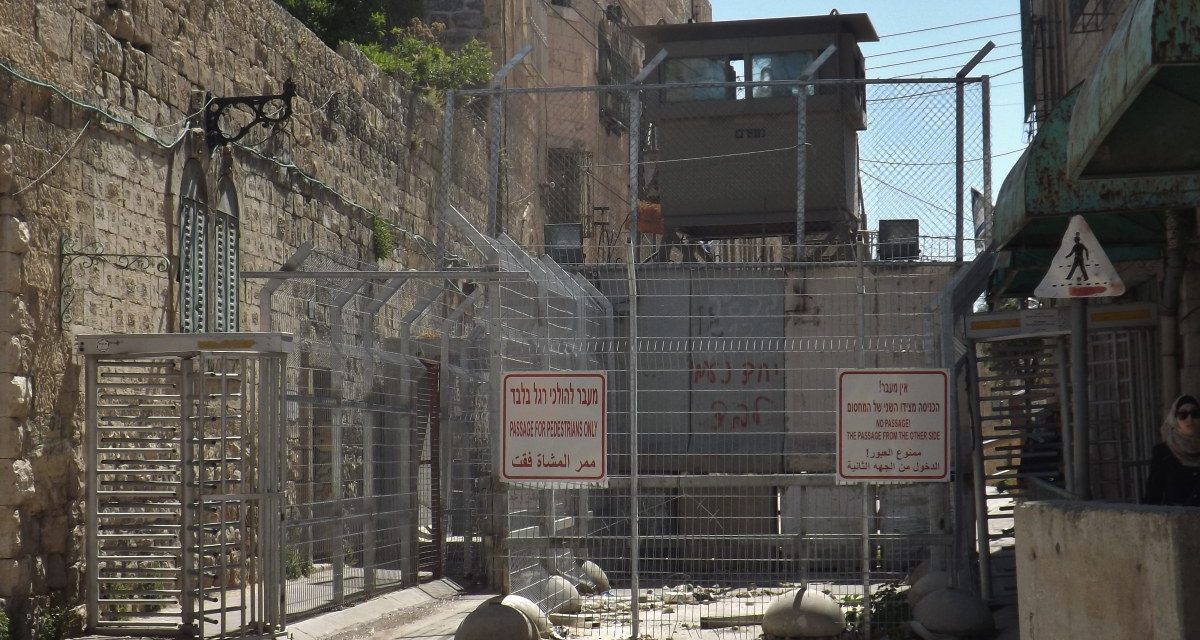 Ami Ayalon, Friendly Fire: How Israel Became Its Own Worst Enemy and the Hope for Its Future (Steerforth, 2020)

As an elite sea commando, Ami Ayalon saw terrorists as targets. As an intelligence professional, he had to learn to see them as people. Twenty years after retirement, he presents his nuanced view to the international community in a new book. While his message is especially prescient for policymakers and counterterrorism practitioners, Ayalon narrates his story through the lens of his own life and changing conceptions, bringing an emotional salience to the topic of counterterrorism. Discussions of the Israel-Palestine conflict often have a deep emotional component. In the case of Friendly Fire, however, the emotions that run through the memoir do not cloud Ayalon’s judgement, but rather force the readers to acknowledge their own biases.

Ayalon is the former director of the Shin Bet, Israel’s highly secretive and lethal internal security organization. Friendly Fire is a memoir criticizing Israel’s counterterrorism policies and decrying Israeli politicians’ repeated disregard for credible intelligence that could have brought Israel and Palestine closer to peace and a two-state solution. Usually, that sort of criticism comes from academics like me who study the psychology of terrorists and are told that soft power and winning hearts and minds doesn’t work in the real world. Or, it comes from American millennial Jews, also like me, who, upon realizing that Israel isn’t the perfect beacon of hope and tolerance we were taught it was, are warned that anti-Semites will use such criticism to deny Israel’s right to exist. Ami Ayalon is neither a traditional academic nor an American millennial Jew, and Friendly Fire is not simply a critique, but a strong mandate for a complete overhaul of Israel’s policy toward countering Palestinian terrorism—with clear lessons for counterterrorism policy far beyond the region.

In Friendly Fire, Ayalon takes the reader on a journey through Israel’s history, using his own life as the vehicle for that journey, following his parents from Eastern Europe to Israel and on to his childhood on a kibbutz learning that Zionism meant hard work and self-determination. He details his actions in every Israeli conflict since the Six-Day War in 1967, first as an elite sea commando, then as head of the navy, and finally as director of the Shin Bet after the signing of the Oslo Accords. Interspersed with personal memoir, Ayalon recounts modern-day meetings with figures outside of the Israeli military and security realm, most notably Palestinian philosopher Sari Nusseibeh, Palestinian pollster Khalil Shikaki, and Israeli law professor Chaim Gans. He also remembers meetings with Yasser Arafat and his deputies, as well as Jewish members of the settler movement, the most extreme of whom Ayalon sized up as being as much of a threat to Israeli security as are Palestinian insurgents. His empathy extends not only to the Palestinian security operatives with whom he worked to curb Hamas, but also to settlers whose passionate claim to their land brought to Ayalon’s mind his parents’ definition of Zionism as liberation and subsequent defense of territory.

Those interested in foreign policy will find in Friendly Fire a powerful critique of the Israeli politicians on both the left and right who Ayalon charges with repeatedly reneging on promises made to the Palestinians and then proclaiming they had no partner for peace. Ayalon tells of numerous conversations with everyone from Shimon Peres to Bibi Netanyahu, wherein he warned of escalating violence if the Israel Defense Forces continued executing the government’s policy of hard power and extreme overreach. Indeed, doing so would only lend power to the rhetoric of Hamas, who claimed that the Israeli oppressors understood only force. His frustration during the episodes he relates is palpable, and even more so when, after his retirement, the Shin Bet largely abandoned the changes made under his leadership and returned to its old ways. In an interview with Evan Gottesman of the Israel Policy Forum wherein he outlines his vision for a viable and practical two-state solution, Ayalon explains his decision to write Friendly Fire after the Second Intifada, shortly after he retired from the Shin Bet:

Hundreds of people died in our streets and I was angry. More than any other feeling. I was angry because, for us in the Shin Bet . . . it was clear that we are going to face a wave of violence, a popular uprising, what we call intifada, and it was written in all our papers, in all our analysis, and nobody was listening. I remember that I met cabinet ministers and prime ministers, I even approached the press, in order to try to send a message to the public debate, and I couldn’t.

Counterterrorism researchers and practitioners will be moved by Ayalon’s commitment to recognizing his own biases and errors, partnering with former foes, and doggedly advocating for policy change. Humanitarianism, even concessions, are not acts of weakness made by soft-hearted elites, argues Ayalon. They are smart counterterrorism practices and the only path to a two-state solution.

For those of us who work in counterterrorism, there comes a point of reckoning when we learn that our countries’ practices don’t always line up with our values, and that those policies are all too often driven less by evidence and best practices and more by public opinion and fear. Ayalon writes about watching the country he loves tossing aside its moral high ground and democratic values. Surely, witnessing his own efforts at keeping Israelis safe be degraded by his own government could very understandably make Ayalon lose hope, but the remarkableness of this book is that he remains a staunch Zionist and an inspiration to all of us, an inspiration to speak truth, even when such truth lays bare a narrative we never wanted to believe and didn’t believe existed.

Friendly Fire is not a tale of dangerous counterterrorism missions á la the TV show Fauda (with the exception of a few harrowing anecdotes—which Ayalon admitted to Gottesman were included because “without some personal adventures, no one will read it!”), but it is nevertheless a story of immense bravery: bravery to speak truth to power; bravery to speak out against injustice—even when it is committed on one’s behalf and in one’s name; bravery to acknowledge one’s own participation in and responsibility for such injustice; and, finally, bravery to demand accountability from oneself and from others. As a counterterrorism researcher and American Jew, these are lessons I need as I advocate for a secure, Jewish, democratic Israel—the one I used to believe already existed. The same can be said for counterterrorism experts in countries around the world, including the United States, who understand that criticizing inhumane and counterproductive policies does not negate one’s love of country. If anything, Ayalon’s message should push us all to be better, more active patriots who take an active role in improving our national security by viewing our adversaries not as targets, but as people.

Molly Ellenberg is a research fellow at the International Center for the Study of Violent Extremism and a steering committee member of the Washington, DC chapter of Israel Policy Forum – Atid.