Coup-proofing Ethiopia: How the United States Can Promote Stability in an Important African Partner 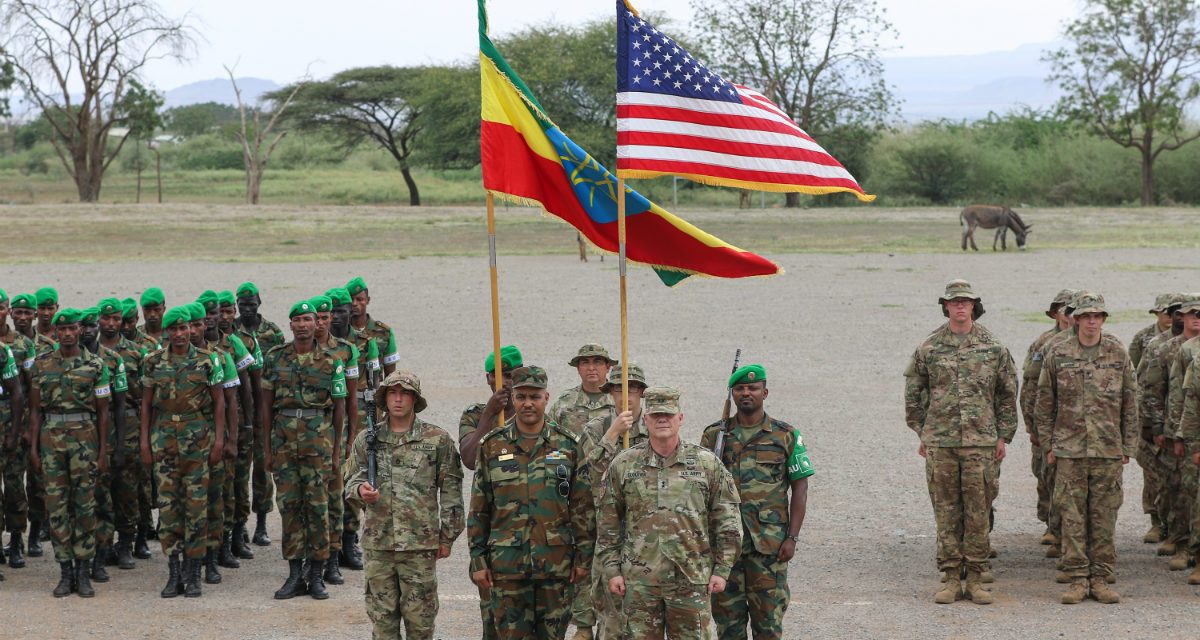 In June, an attempted coup in Ethiopia centered principally in the northern region of Amhara temporarily threw the country into turmoil—and left the army’s chief of staff dead. Against that backdrop, there is credible concern about the risk of further instability surrounding the upcoming 2020 general elections. Ethiopia’s reformist prime minister, Abiy Ahmed (commonly referred to simply as “Abiy”), likely faces his greatest challenge yet. Following a 2018 assassination attempt on his life, a brief mutiny at his office three months later, and most recently, June’s regional coup attempt, Ethiopia’s’ deteriorating ethnic relations risk pose a challenge to Abiy’s stated goal of a more unified Ethiopia. The country has been a longtime partner  of the United States, and it is in the US interest to help stem the tide of growing instability there. To do so, the United States must boost its diplomatic, economic, and defense cooperation.

Today, the risk of a coup is elevated, as research shows that attempted coups increase in likelihood once an attempt has been made. Moreover, while the source of the instability in Ethiopia emanates chiefly from its regions, both the near-mutiny and the latest attempted coup had reverberations that reached deeply into the capital—the army chief of staff was killed in Addis Ababa in the June incident—presenting a clear threat to Abiy.

Ethiopia’s sprawling, 138,000-strong military force is one of the largest, most diverse, and most powerful armies in Africa. And it is not immune from the ethnic tensions that affect the Ethiopian population more broadly—a fact that must be accounted for in any effort to help build stability in the country.

A preventative approach is needed, and US assistance can play an important role.

Foreign aid from the United States can directly support coup-proofing via increased training and funding for Ethiopia’s federal defense and intelligence services. Given the linkages between military structure, effectiveness, defense spending, and coup risk, the United States should enhance assistance and training to the Ethiopian armed forces.  This, as research demonstrates, must be done with an eye toward simultaneously increasing political and social stability.

Perhaps the most notable example of successful US-supported coup-proofing in Africa is the case of Egypt. During the 1950s, the CIA trained the young regime of Egyptian President Gamal Nasser, blocking coup attempts from rival elements ranging from communists to Islamists, some of which also had links inside the military. The CIA’s efforts were ultimately successful, and Egypt—while officially unaligned during the Cold War—resisted pressure to formally enter the Soviet Union’s official orbit for several decades, eventually becoming one of the largest recipients of US aid.

The recent relatively diminished US-Ethiopia military cooperation has the potential to grow substantially. Between 2016 and 2019, US economic and security aid has decreased, along with arms sales and military training activities. However, a positive, yet unclear relationship still exists. At the Africa Land Forces Summit on June 28, US Army Maj. Gen. Roger L. Cloutier, commander of US Army Africa, reaffirmed a strong US commitment to relations with Ethiopia without providing details on current arrangements. The recent 2018 Post-Conflict Recovery Course is one example of positive collaboration.  Ethiopia hosted US Africa Command’s Justified Accord military exercises in July, signaling an opportunity for future military cooperation and opportunity to bolster bilateral military ties.

Through economic-driven diplomacy, the United States can also support Ethiopian stability by signaling strong US commitment to Ethiopia’s current government and organizing in-country consultations. A high-level diplomatic visit to Ethiopia by either Secretary of State Mike Pompeo or Deputy Secretary of State John J. Sullivan would demonstrate this type of support to Ethiopia’s internal stakeholders. The presence of a senior US official would be a dramatic improvement to the limited amount of high-level engagements between the United States and Abiy administration up to this point.  Economic summits make the most sense for high-level envoys; the White House’s new Prosper Africa initiative, announced in December 2018, could offer an effective vehicle for US support. These measures would communicate an image of strong US-Ethiopian ties to the general population, and most importantly, make it clear to the Ethiopian government and its opponents that the United States fully supports a stable and democratic Ethiopia.

As I traveled through the country in March 2019 and spoke with ordinary Ethiopians, there was a marked enthusiasm for the country’s recent economic growth and optimism that the threat of civil war and conflict had diminished. Unlike many leaders who stand to benefit by the backing by foreign powers, Abiy also appears to enjoy local support. The United States has an opportunity to capitalize on this support by enhancing its cooperation efforts ahead of the general elections next May. Elections in vulnerable countries bring with them a range of potential triggers for both violence and the threat of anti-government instability. The US diplomatic and military expenditures required to assist in protecting against these outcomes will be dwarfed by the cost of potentially losing a united Ethiopia and a key ally.

Cameron Evers is currently a Senior Intelligence Analyst at WorldAware, Inc., a global risk firm, where he advises a Fortune 500 financial company on geopolitical risk. Previously, Cameron researched for US and Africa-based consultancies and publications with an emphasis on revolutionary movements, civil-military relations, and regime change. He has given talks on African politics within the US government and universities. He holds a master’s degree in International Policy from the University of Georgia School of Public and International Affairs.