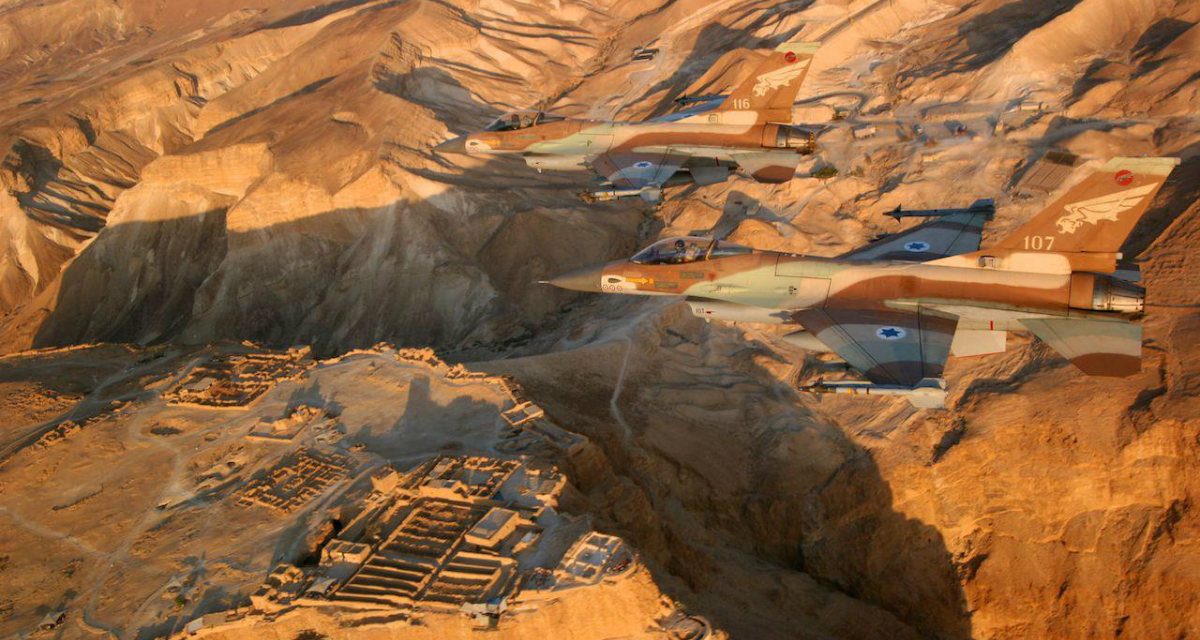 “Theories are nets: only he who casts will catch.”

For beleaguered states in world politics, planning to defend against a security threat must take into account the precise nature of the threat. Even a highly capable ground-combat force can do little against an adversary whose lethality is airpower-centric, for example, and naval supremacy alone is of limited utility against a threat posed by insurgents equipped with small arms. But even this obvious fact—that defensive planning requires careful “calibration” with the nature of the threat—becomes less reassuring when a conflict landscape is variegated, complex, and nuanced.

Major military threats facing Israel must be assessed in their entirety, together, in all of their conceivable intersections or synergies, and as a calculable aggregate. Israel’s imperative preparations to effectively meet such cumulative threats must be similarly comprehensive. In this connection, an overwhelmingly core task for Israel’s designated military planners must be the doctrinal creation of a singularly seamless web of deterrence.

Over time, only such an integrated web could suitably manage the full spectrum of plausible enemy aggressions.

There is more. This plainly complex task must take account of both state and sub-state adversaries, including significant “hybrids.” Examples of a tangibly hybridized enemy would be formal or informal alignments between Iran and Hezbollah or Iran and Hamas. More precisely, the Israeli task will need to consider the strategic benefits of getting meaningfully beyond narrowly “traditional” distinctions between nuclear and conventional deterrence.

Up until now, it has seemingly been assumed that nuclear aggressions against Israel must be deterred by nuclear deterrence and conventional aggressions by non-nuclear deterrence. Still, such original and largely unexamined assumptions will soon need to be subjected to more substantially rigorous intellectual challenges; and thereafter, be able to lead Israeli strategists toward more optimal forms of policy refinement. In all such transformations, recalling Karl Popper’s epigraphic metaphor (above), appropriate theory will be indispensable.

Israel may sometimes have to rely upon more expressly nuclear forms of deterrence against (presumptively massive) conventional threats. Now, such once-unimaginable contingencies are becoming more probable (and more problematic), especially in view of the expanding long-range missile threat to Israel and also the simultaneous “overlay threat” from short- and medium-range rockets or missiles launched by Iranian proxies. Going forward, whatever the specific threats involved, Israel’s would-be aggressors, whether nuclear or non-nuclear, must be systematically encouraged to believe the following:

By definition, of course, any such retaliations would be judged “unacceptable” by rational adversaries.

At present, the most significant military dangers to Israel, however more specifically configured or conceptualized, are manifestly non-nuclear and not imminently existential. Still, even such apparently tolerable dangers could quickly become far more seriously consequential. Cumulatively, with little analytic doubt, these perils could reach thresholds that are more-or-less genuinely catastrophic. For Israel, any such circumstances would also be “unacceptable.”

It follows, prudentially, that every component of Jerusalem’s tactical and strategic armamentarium must be systematically considered as part of a larger and more fearsomely integrated network of potential security remedies.

This network should include Israel’s nuclear strategy, whether still-ambiguous or more deliberately disclosed. In essence, it is time to openly acknowledge that Israel’s presumptive nuclear weapons and strategy are potentially pertinent to non-nuclear threats, whether solitary and discrete or combined and sequential. Arguably, such prospective relevance is even greater than before because of the visibly expanding incoherence of US foreign and defense policies in the Middle East and elsewhere.

Indisputably, under the current US administration and in the wake of certain isolationist trends in the prior Obama administration (i.e., the former president’s substantial withdrawal from the region and his significant earlier failures on Syria), several historic American alliance commitments across the globe are being questioned.

This suggests that Israel, looking ahead, must become even more determinedly self-reliant in fashioning the country’s core national security policies. Jerusalem has never really counted upon any persuasive sort of US nuclear “umbrella”—an historically correct affirmation of Israel’s strategic independence. Accordingly, it should no longer be automatically assumed in Jerusalem that (1) extraordinary Israeli ordnance and posture must refer exclusively to parallel or roughly parallel levels of enemy destructiveness; and (2) non-nuclear threats—whether from individual states, alliances of states, terrorist groups, or even state-terrorist “hybrids”—should necessarily be symmetrically countered.

Looking ahead, Israel’s national deterrent credibility must not always be more-or-less proportionate to a pertinent enemy threat.

At first, the “symmetry hypothesis” must have appeared to make perfect military sense. But strategic truth, especially for a beleaguered mini-state such as Israel, can sometimes be markedly counterintuitive. Because virtually all of the Israel-related scenarios or cases in point are effectively sui generis, that is, without any determinable precedent, nothing of any true scientific value can be extrapolated concerning authentic probabilities.

It follows, inter alia, that any meaningful assessment of hypotheses regarding proposed “asymmetrical deterrence” and Israel’s security must be limited to formal deductive analyses.  This conclusion relates to assessments that are necessarily devoid of any measurable empirical content, but are still defined by appropriately stringent standards of theoretical investigation. These are the immutable criteria of internal consistency, logical interconnectedness, and refined dialectical thinking.

How to begin? A good place for Israel would be with the “grey area” of future non-nuclear threats that are nonetheless unconventional. Most obvious, in this connection, would be credible enemy threats of biological warfare or biological terrorism. While plainly non-nuclear, biological warfare attacks could also produce grievously injurious or even near-existential outcomes for Israel.

Prima facie, nuclear deterrent options should not be dismissed out of hand in such circumstances by decision-makers in Jerusalem and Tel Aviv.

In principle, using a strong theoretical “net,” Israeli policies of calibrating nuclear reprisal for certain “threshold” biological attacks could exhibit significant deterrent effectiveness against most adversarial configurations. Such prospective policies would be inapplicable, however, against threats from recognizable terrorist groups that function without any determinable state alignments. In these expectedly residual cases, Israel—then lacking operational targets suitable for nuclear ordnance—would need to “fall back” upon a more usual or orthodox arsenal of counterterrorist methods and options.

This tactical retrogression would be required even if the particular terrorist group involved (e.g., Sunni ISIS or Shiite Hezbollah) had already revealed distinctly plausible biological-weapons capabilities and intentions.

What about enemy conventional threats that would involve neither nuclear nor biological attack formats, but were still massive enough to produce existential or near-existential consequences for Israel? It would seem, in such cases, that a would-be conventional aggressor could still reasonably calculate that Israel might make good on certain of its decipherable nuclear deterrent threats. Here, however, Israel’s nuclear deterrent threat credibility could become largely dependent upon an antecedent doctrinal shift from “deliberate nuclear ambiguity” (the so-called “bomb in the basement”) to more overt sorts of “nuclear disclosure.”

Why? The correct answer must hinge on Israel’s presumed operational flexibility. More specifically, in the absence of any prior shift away from deliberate ambiguity, a would-be aggressor state might still not really understand or accept that Israel already had available to it a sufficiently broad array of graduated nuclear retaliatory responses.

In the presumed absence of any such array, Israeli nuclear deterrence could be correspondingly diminished.

As a direct consequence of any purposefully diminished nuclear ambiguity, Israel could signal a relevant adversary or adversaries that it would wittingly cross the nuclear retaliatory threshold to punish any and all acts of existential or near-existential aggressions. Here, using more expressly military parlance, Israel’s shift to apt forms of nuclear disclosure would be intended to ensure “escalation dominance.”

In any such dynamic and complex scenario, the nuclear deterrence advantages for Israel of moving beyond traditional nuclear ambiguity would lie in the compelling signal it was able to send to particular foes. This signal warns that Jerusalem would not necessarily be limited to launching retaliations that employ only massive and disproportionate levels of nuclear force. A timely Israeli move from ambiguity to disclosure—as long as this doctrinal move were suitably nuanced and recognizably incremental—could potentially improve Israel’s prospects for deterring large-scale conventional attacks with more consciously “tailored” nuclear threats.

Finally, it is worth noting that these stipulated nuclear deterrence benefits could extend to certain Israeli threats of nuclear counter-retaliation. If, for example, Israel should sometime consider initiating a non-nuclear defensive first-strike against Iran, as a form of “anticipatory self-defense,” the likelihood of suffering any massive Iranian conventional retaliation might be diminished. Arguably, by following a properly prepared path from deliberate nuclear ambiguity to nuclear disclosure, Jerusalem could expectedly upgrade its indispensable deterrence posture vis-à-vis both nuclear and non-nuclear threats.

Always, it seems, Israel’s defense planners have understood the gainful seamlessness of its national security policies. For the most part, however, this critical understanding has been manifested in certain explicit conjunctions of offensive and defensive postures, most notably the complementariness of assorted air-war capacities with various corollary programs of multi-level ballistic missile networks. Now, however, these planners will need to consider historically unorthodox approaches to strategic deterrence, selectively applying nuclear threat options to assorted non-nuclear aggressions.

To create a seamless strategic web for Israel, capable planners will first need to fashion a “net” of intellectual or analytic understanding. This net, in turn, must be constructed from an imaginative and innovative strategic theory. Among other essential components of such necessary theory will be expanded awareness and due consideration of relevant “synergies.”  These are complex strategic interactions in which the “whole” is effectively greater than the additive sum of its “parts.”

In the final analysis, a seamless deterrent web will be needed for Israel; this web will have to take comprehensive theoretical account of all conceivably pertinent synergies. This means systematically accounting for the foreseeable interactions of (1) various enemy military policies; (2) various Israeli strategic policies; and (3) various enemy military policies with Israel’s strategic policies.

In the end, for Israel, theory must be the underlying analytic net.

Only those strategists who choose to cast, will catch. 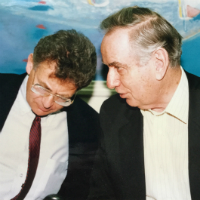 Hon. Zalman Shoval was twice Israel’s Ambassador to the United States. He holds an advanced degree in political science and international relations from the Graduate Institute of International Studies, University of Geneva (Switzerland).