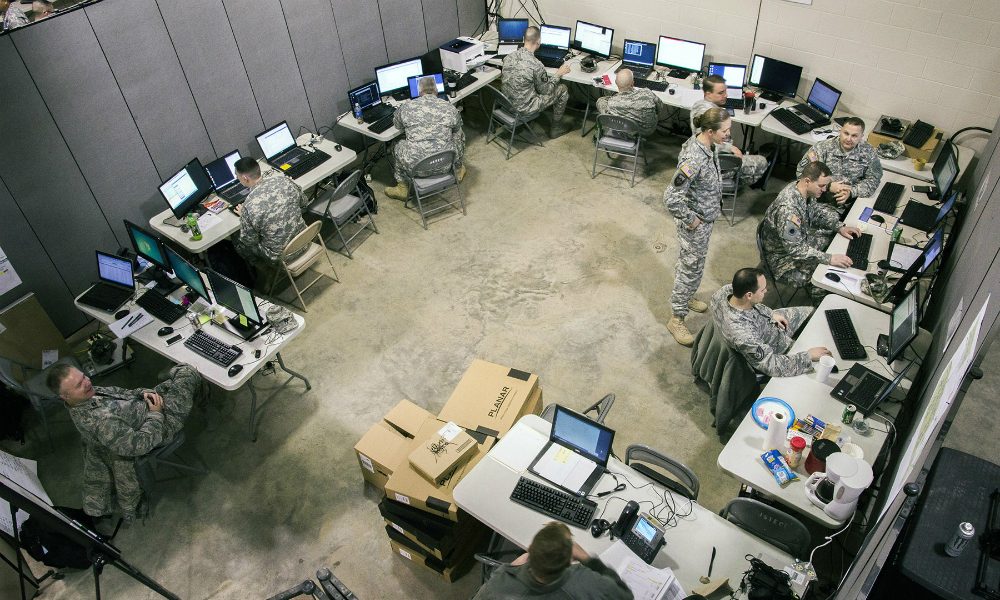 “I can shut down your power grids. I can paralyze your infrastructure. I can access the personal data of everyone in America.” This is the voice you hear as the camera pushes slowly towards an ownerless laptop in the center of a darkened room. As the laptop’s screen fills with text and the modulated voice says, “I am the enemy with no face, and I can’t be stopped,” the picture explodes into static, which rapidly coalesces into a montage of the “Good Guys.”

Some are civilian, but most are in uniform. These young, trim, dedicated soldiers work furiously at keyboards and touch screens as, stopping the “enemy with no face.” These are the US Army’s “team of cyber warriors who will not be defeated.” They are the stars of the new recruitment ad to “join the team that makes a difference.”

And we need that difference now. That Army ad wasn’t exaggerating when it talked about the threats to our power grids or infrastructure. We’ve witnessed recent attacks on a hospital. We know for a fact that our election was hacked by a foreign government. And as scary as data breaches are, they pale in comparison to outright sabotage of physical machinery by hostile virus like Stuxnet. If the Stuxnet virus can cause Iranian centrifuges to fail, what, or who, can stop Vladimir Putin, or Kim Jong-un, or just some random anarchist from grabbing the wheel of your driverless car?

Red the full piece at The Hill.