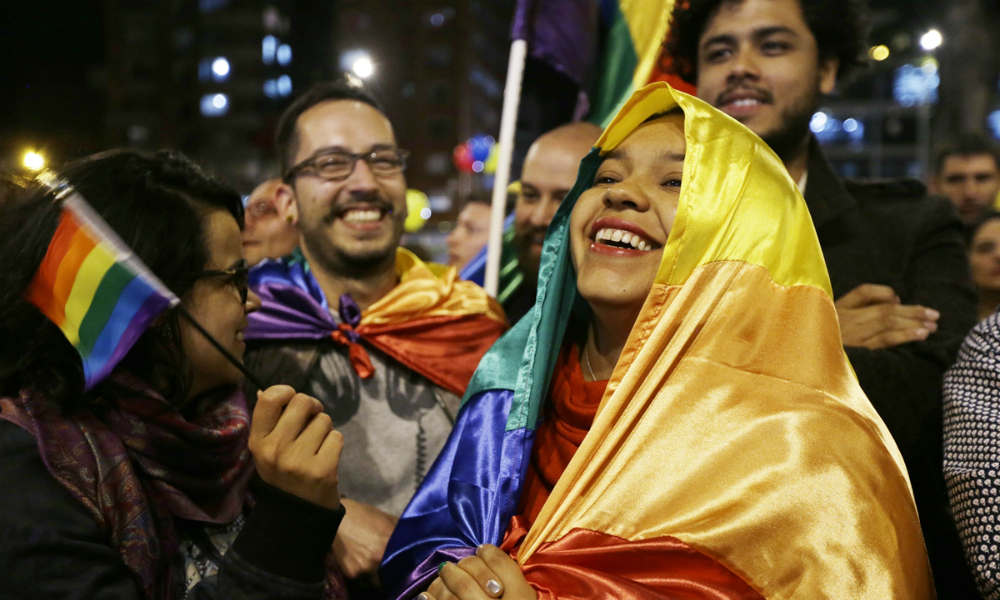 A few weeks back, Colombian President Juan Manuel Santos and Harvard Professor Steven Pinker triumphantly announced the peace deal between the government of Colombia and the Revolutionary Armed Forces of Colombia (FARC). While positive, this declaration rings hollow as the exception that proves the rule – a tentative treaty, however, at the end, roughly 7,000 guerrillas held a country of 50 million hostage over 50 years at a cost of some 220,000 lives. Churchill would be aghast: Never in the history of human conflict were so many so threatened by so few.

One reason this occasion merited a more somber statement: military victory is dead. And it was killed by a bunch of cheap stuff.

The term “victory” is loaded, so let’s stipulate it means unambiguous, unchallenged, and unquestioned strategic success – something more than a “win,” because, while one might “eke out a win,” no one “ekes out a victory.” Wins are represented by a mere letter (“w”); victory is a tickertape with tanks.

Which is something I’ll never see in my military career; I should explain. When a government has a political goal that cannot be obtained other than by force, the military gets involved and selects some objective designed to obtain said goal. Those military objectives can be classified broadly, as Prussian military theorist Carl von Clausewitz did, into either a limited aim (i.e. “occupy some…frontier-districts” to use “for bargaining”), or a larger aim to completely disarm the enemy, “render[ing] him politically helpless or military impotent.” Lo, we’ve arrived at the problem: War has become so inexpensive that anyone can afford the traditional military means of strategic significance – so we can never fully disarm the enemy. And a perpetually armed enemy means no more parades (particularly in Nice).

Never in the history of human conflict were so many so threatened by so few.

It’s a buyer’s market in war, and the baseline capabilities (shoot, move, and communicate) are at snake-belly prices. Tactical weaponry, like AK-47s are plentiful, rented, and shipped from battlefield to battlefield, and the most lethal weapon U.S. forces encountered at the height of the Iraq War, the improvised explosive device, could be had for as little as $265. Moving is cost-effective too in the “pickup truck era of warfare,” and reports on foreign fighters in Syria remind us that cheap, global travel makes it possible for nearly anyone on the planet to rapidly arrive in an active war zone with money to spare. Also, while the terror group Lashkar-e-Taiba shut down the megacity Mumbai in 2008 for less than what many traveling youth soccer teams spend in a season, using unprotected social media networks, communication has gotten even easier for the emerging warrior with today’s widely available unhackable phones and apps. These low and no-cost commo systems are the glue that binds single wolves into coordinated wolf-packs with guns, exponentially greater than the sum of their parts. The good news: Ukraine can crowdfund aerial surveillance against Russian incursions. The less-good news: strikes, like 9/11, cost less than three seconds of a single Super Bowl ad. With prices so low, why would anyone ever give up their fire, maneuver, and control platforms?

All of which explains why military victory has gone away. Consider the Middle East, and the recent comment by a Hezbollah leader, “This can go on for a hundred years,” and his comrade’s complementary analysis, that “as long as we are there, nobody will win.” With such a modestly priced war stock on offer, it’s no wonder Anthony Cordesman of the Center for Strategic and International Studies agrees with the insurgents, recently concluding, of the four wars currently burning across the region, the U.S. has “no prospect” of strategic victory in any. Or that Modern War Institute scholar Andrew Bacevich assesses bluntly, “If winning implies achieving stated political objectives, U.S. forces don’t win.” This is what happens when David’s slingshot is always full.

The guerrillas know what many don’t: It’s the era, stupid. This is the nature of the age, as Joshua Cooper Ramos describes, “a nightmare reality in which we must fight adaptive microthreats and ideas, both of which appear to be impossible to destroy even with the most expensive weapons.” Largely correct, one point merits minor amendment – it’s meaningless to destroy when it’s so cheap to get back in the game, a hallmark of a time in which Wolverine-like regeneration is regular.

This theme even extends to more civilized conflicts. Take the Gawker case: begrudged hedge fund giant Peter Thiel funded former wrestler Hulk Hogan’s lawsuit against the journalistic insurrectionists at Gawker Media, which forced the website’s writers to lay down their keyboards. However, as author Malcolm Gladwell has pointed out – Gawker’s leader, Nick Denton, can literally walk across the street, with a few dollars, and start right over. Another journalist opined, “Mr. Thiel’s victory was a hollow one – you might even say he lost. While he may have killed Gawker, its sensibility and influence on the rest of the news business survive.” Perhaps Thiel should have waited 50 more years, as Colombia had to, to write his “victory” op-ed? He may come to regret the essay as his own “Mission Accomplished” moment.

True with websites, so it goes with warfare. We live in the cheap war era, where the attacker has the advantage and the violent veto is always possible. Political leaders can speak and say tough stuff, promise ruthless revenge – it doesn’t matter, ultimately, because if you can’t disarm the enemy, you can’t parade the tanks. We’ve reached the end of victory’s road, and at this juncture it’s time to embrace other terms, a less-loaded lexicon, like “strategic advantage,” “relative gain,” and “sustainable marginalization.” Victory’s been defeated; it’s time we recognized that and moved on to what we actually can accomplish.

(Photo source: Associated Press, August 25, 2016, People celebrate in a park as they listen to the announcement from Havana, Cuba, that delegates of Colombia’s government and leaders of the Revolutionary Armed Forces of Colombia reached a peace accord to end their half-century civil war, in Bogota, Colombia)