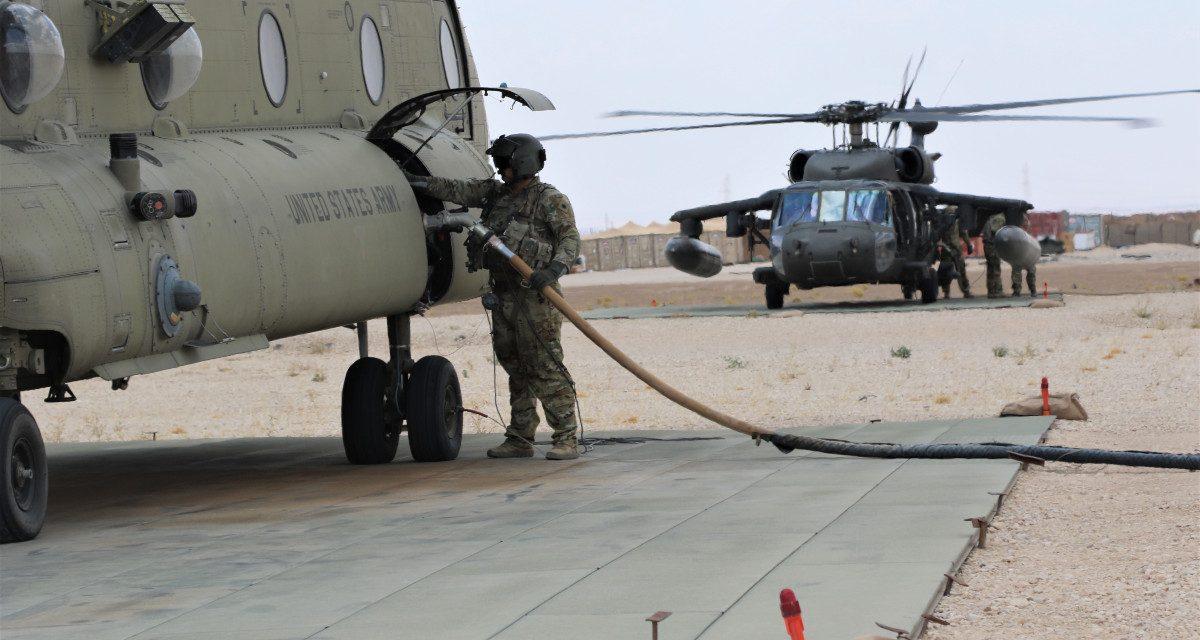 In 2018, Yale Program on Climate Change Communication report found that 58 percent of Americans think global warming will harm people in the United States. This number rose to 65 percent this year. Also in 2018, China released an Arctic policy white paper propagating its claims in the region. The document uses tactful but thin arguments that allow it to climb into Arctic-state conversations, styling itself a “Near-Arctic State” to take advantage of commercial and foreign policy opportunities arising in a warming Arctic region. Against the backdrop composed of those two trends—Americans placing growing importance on climate change and America’s chief geopolitical adversary seeking to leverage climate change to its benefit in the Arctic—the Defense Department’s recent climate change action should be unsurprising. Yet the newfound momentum of DoD’s climate efforts are not simply a reflection of public sentiment, nor are these efforts solely about competing with China. Rather, they are about gaining climate credibility. Climate credibility is a verifiable emissions reduction process (along with other climate-related adaptation goals) to reduce the harm caused to the environment. Humanitarian relief missions, mass human displacement, and destroyed infrastructure all increase when storms become more frequent and grow in intensity, and when droughts occur, conflicts often arise over access to critical resources that affect human security. All of this adds new dimensions to the challenges faced by the US military.

In a relatively short time, the Defense Department has created usable climate change information, but it is becoming increasingly clear that climate-related changes in the department are uneven. A more climate-focused military has simultaneously exposed DoD’s lack of climate knowledge. If the Pentagon wants to remain the preeminent global military, unsurpassable in force projection in any region, it needs more advances in sustainability. Getting climate action wrong will not only have disastrous implications for US national security, but will force broader federal tradeoffs in a climate-altered world.

The Army’s inaugural climate change strategy released this year highlights a climate-altered world’s primary and secondary consequences—for example by presenting rising geopolitical competition between adversaries due to a warming Arctic opening new sea routes for trade and commerce. The climate change strategy is a departure from climate-related rhetoric used in the Army’s past because it mounts a direct assault on greenhouse gas emissions. By 2030, the Army will attempt to halve its emissions. This is a sharp increase in its sustainability maturation that emphasizes wedding ecological impacts and military operations more profoundly. Among the armed services, the Army is not alone in leaning forward on climate change efforts. Three months after its strategy was published, the Navy released its own climate change strategy, Climate Action 2030. The document includes progress the Navy has achieved and adds future targets that pull it closer to achieving a 50 percent reduction in emissions from buildings by 2032. Even the Air Force, the most voracious energy consumer among the services, released its Climate Action Plan.

Despite the military’s popular image as a driver of accelerated climate change, it is showing signs that challenge that prevailing view. On the back of Executive Order (EO) 14057, “Catalyzing Clean Energy Industries and Jobs Through Federal Sustainability,” Secretary of Defense Lloyd Austin announced the redesignation of Joe Bryan, previously senior advisor to the secretary on climate, as the department-wide CSO—chief sustainability officer. Bryan’s elevation gives climate issues more decision weight when the Defense Department is incorporating climate-related strategies and activity into its operations. Similarly, it grants the Defense Department more climate credibility and a stronger reference point when coordinating and reporting its climate-related activity, internally and to external stakeholders. This redesignation also gives the CSO the power to apply greater pressure to the bureaucratic inertia that crops up against changing department-wide priorities.

Not long after President Joe Biden’s inauguration, he issued Executive Order 14008, an EO that fastens climate change reduction efforts to foreign policy. Following the executive order, the Defense Department was required to publish a climate risk analysis and voluntarily formed a climate working group. This group is officially tasked with harmonizing the Defense Department’s important climate change work with that of other federal agencies. Also following EO 14008 was the creation of the Climate Action Team. This team sits under the Office of the Assistant Secretary of Defense for Environment and Energy Resilience. What is unique about the Climate Action Team is its formation of three permanent and twenty-one rotating members. This informs the team with fresh eyes and migrates its influence to different corners of the Defense Department. Given the reality that presence equals influence, it also enhances the prospects of buy-in from a wide cross-section of the defense enterprise.

More Left in the Tank

Still, the Defense Department’s recent climate-related changes have their shortcomings. For example, the Climate Action Team is primarily made up of the members of the US Army Corps of Engineers (USACE). This group has a history of operating at the edge of climate-related disasters—repairing, building, and integrating climate-modified infrastructure, for example. USACE even has experience wrangling in courtrooms over its climate assessments. Because the twenty-one nonpermanent members come predominately from USACE, climate action is viewed through a USACE lens. Kate White, the Climate Action Team co-leader, put USACE’s influence into greater focus when she shared that “engineers occupy a unique niche in translating climate science information into usable information for decision makers.” This leaves little room for other career specialties to gain the necessary climate literacy and operational knowledge to make a more effectual impact, and it increases the unevenness of the Defense Department’s climate stakeholders. This irregularity or unevenness shows up in the Biden administration’s catalog of federal chief sustainability officers—while USACE has a CSO, the Army as a whole does not.

Bryan’s promotion to Defense Department–wide CSO is a step in the right direction, but the services themselves need analogous positions. Without service CSOs there is a missed opportunity to harmonize climate strategies across the joint force. Like the establishment of chief data officers in the services, which connects advanced computing technology to mission priorities, the services need chief sustainability officers. Standing up service-specific CSOs could help in two significant ways: (1) by making certain that each service operates under similar climate-change scenarios or impact projections; and (2) by stopping the services from sprinting in different directions without purposeful cohesion.

The Air Force’s Climate Action Plan lays out ambitious aerospace technology advancements to help reduce fuel use and cut greenhouse gas emissions. Although one could opine that a key to achieving the Air Force’s fuel and emissions reduction goals is operationalizing its recent research on electric vertical takeoff and landing (eVTOL) aircraft, the Climate Action Plan makes no mention of the vehicles. This is unfortunate. Optimizing eVTOLs requires reinforcing their value in helping the service achieve sustainability goals, and leaving them out of the Climate Action Plan is therefore a missed opportunity. In a 2021 Deloitte study, the authors describe how eVTOL aircraft designs benefit the defense enterprise with more sustainable solutions. This is just one decarbonizing example of how the Air Force can improve the Defense Department’s climate credibility.

There is a model for such partnership. The Army, principally under the auspices of Army Futures Command, has established hundreds of partnerships with universities to support the service’s modernization efforts. If similar outreach to academia were centered on sustainability and climate action, it could trigger academic institutions that have been reluctant to establish sustainability schools to consider doing so. Another option is to create sustainability fellowships for students. This fellowship could bring more committed climate change expertise into the Defense Department. For the greatest climate change progress to occur, the Defense Department should look to those that care the most.

Empirically, the Defense Department remains the most significant federal contributor to worsening climate conditions. But, its recent efforts signal that the department is becoming climate credible. Despite all this progress, reversing the military’s climate abuser legacy will require even more change. Some lawmakers, like Senator Tammy Duckworth, have settled on trying to codify the Defense Department’s energy or climate change targets into law. Doing so, however, might prematurely arrest momentum already being generated throughout the Defense Department.

Where the Defense Department can find more climate change progress is simply revising or building on some of its recent actions. New climate strategy publications, the elevation of a Defense Department CSO, and the creation of climate-focused working groups are noteworthy starting points. But they should be treated as just that: starting points. Designing a more climate credible military to respond to threats amid worsening climate conditions only ensures US national security protection.

Chandler Myers is an analyst at Pallas Advisors. A former US Air Force officer, he received a BS in English from the US Air Force Academy and an MA in international relations with a specialization in cyber diplomacy from Norwich University. He has written and published on US foreign policy, geopolitical strategy, and Indian security.