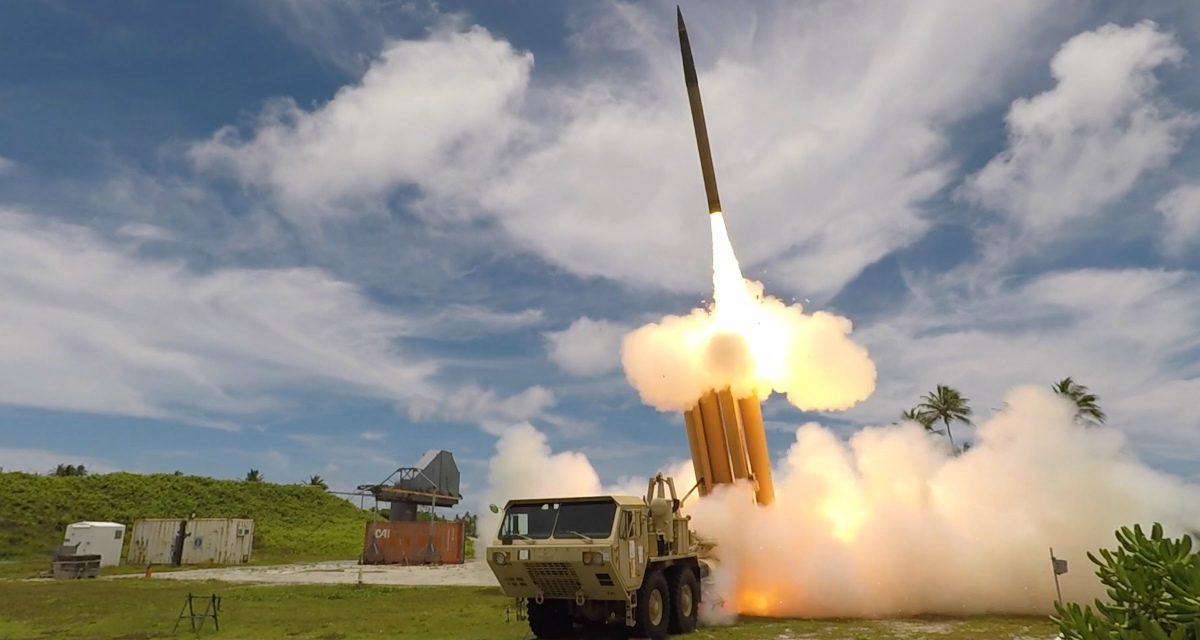 We need a frank discussion on what deterrence is and how it is operationalized in contemporary conflicts, because right now, there is a disconnect between theory and practice. Just as some will quote Clausewitz out of context as a way to buttress a bad thesis, we now see people quoting Schelling and Kahn to support poorly developed deterrence concepts to counter the use of emerging technologies. Many analysts believe that new technologies or platforms should drive changes in deterrence theory, as if it should change with every new evolution in the character of warfare. Certainly deterrence theory has changed since its development during the Cold War. But we need to go deeper to justify whether deterrence theory truly needs to be changed solely due to the emergence of new technologies.

The Department of Defense defines deterrence as “the prevention of action by the existence of a credible threat of unacceptable counteraction and/or belief that the cost of action outweighs the perceived benefits.” This is a far too flowery definition for what Dr. Strangelove called “the art of producing in the mind of the enemy the fear to attack.” The key to correctly defining deterrence is to recall that it is the threat of force—not the actual use of force—to retain the status quo, successfully communicated to an adversary. Often people will confuse compellence, the actual use of force to cause an adversary to change a behavior they are already doing, with deterrence. Deterrence and compellence are targeted at political leaders, and military forces provide the means by which those objectives are met. As a result, the two concepts are easily confused when practiced by governments. Dissuasion is convincing an adversary to stop a course of action without the use of force. These definitions are important if one intends to develop operational capabilities that maintain a state of deterrence.

There is no shortage of academic literature on deterrence theory—Lawrence Freedman, Therese Depelch, and Brad Roberts all have written readily accessible books on the topic. There are many books and journal articles written every year, speculating as to how deterrence theory holds up today during contemporary crises. Multiple conferences every year offer the opportunity to exchange ideas and debate about deterrence theory. What some call “classic deterrence” often refers to rational-actor theory addressing a strategic nuclear exchange between the two superpowers during the Cold War—what Thomas Schelling and Herman Kahn discussed in the 1960s. The maturation of space-borne capabilities, cyber threats, and hypersonic weapons constitute new strategic threats to the United States, and as a result, the defense community has struggled to define new theories of deterrence distinct from nuclear deterrence.

There will always be debates as to whether nuclear deterrence works, and to extend the argument, whether US national security strategy today relies too heavily on a Cold War deterrence model. These debates miss a critical point. The major superpowers with nuclear weapon systems are the same today as they were during the Cold War, and political motivations have not differed remarkably. Political leaders have changed, there are new nuclear weapons, and there are new global entanglements, but the deterrence theory developed during the Cold War and improved upon after the Cold War ended still works. We can debate the value of deterrence by punishment versus that of deterrence by denial, but both have complementary roles in designing operational capabilities that address US political objectives.

Conventional deterrence operates the same way as nuclear deterrence in terms of demonstrating both capability and credibility of action, as well as communicating these to an adversary. The main difference is that when there is a failure in conventional deterrence, the result is not as extreme as a failure in nuclear deterrence. We have US forces in Korea and Japan, throughout the Middle East, and in Europe as conventional deterrents against open conflict. However, an adversary may still undertake a conventional attack against US interests and accept the risk of US retaliation. A nuclear-armed adversary may be even more emboldened to take conventional actions despite US attempts to deter such aggression. So we see China building bases in the South China Sea, Russia openly supporting insurgents in Ukraine, Iran seizing oil tankers in the Persian Gulf, and North Korea firing ballistic missiles around Japan despite deterrent efforts by the United States. These same adversaries would not risk attacking the United States with hundreds of hypersonic vehicles or cruise missiles, perhaps because the United States identified a large-scale conventional attack as a red-line in the 2018 Nuclear Posture Review report.

One of the most important issues in deterrence practice is deciding on what behavior US policymakers are trying to deter, and how we can judge the effectiveness of a deterrent posture. One can find relevant academic discussions on space deterrence and cyber deterrence, but it is not clear how the US military would use cyber or space forces to deter nuclear-weapon states from actions during non-nuclear confrontations. There has been some research on “cross-domain deterrence” but how best to incorporate that theory into US strategy and policy remains far from certain. The 2016 National Security Space Strategy outlines a general “deterrence by denial” approach by improving satellite protection and adding resiliency. The 2018 National Cyber Strategy hints at more of a “deterrence by punishment” approach by imposing consequences to deter bad behavior. So these deterrence terms are familiar, which means it is more of an exercise of determining if there is credible willpower and capable tools to enforce these strategies.

It is not clear as to whether the US national missile-defense system is a deterrent (by denial) or just an aspect of homeland defense. The Missile Defense Agency states that its mission is to defend the United States, and its current strategic plan says that “when deterrence fails, the Nation will need active defenses.” At the same time, its vision is to (eventually) “give the Joint Force an overwhelming deterrence and warfighting advantage.” So which is it, a deterrent or a defense? In theory, one might believe that an adversary can be deterred from launching ballistic missiles against the United States if a national missile defense system was in fact in place, was robust, and was highly effective. Lacking evidence of a capable (fully functional) defense system, it would not be a very effective deterrent against another superpower. One might hope that a limited missile-defense program would deter North Korea from launching ballistic missiles against the United States, but then again Kim Jong-un might try to saturate US missile defenses in an effort to overcome this defense. Because the nature of the mission—whether deterrence or defense—is unclear, it becomes hard to identify what objectives national missile defense is supposed to meet and to what degree it is effective. Having a robust missile-defense program does not change how the United States seeks to deter other nuclear-weapon states from attacking the homeland.

To continue this line of thought, ML Cavanaugh wrote in a recent MWI article that “we deter in order to defend, [so] when deterrence changes, so must defense.” In my view, I see military analysts viewing deterrence as a means to delay the adversary while the US military prepares to attack. That’s not the intent of deterrent actions, to provide US forces some time to organize prior to attacking the adversary. It’s a political form of communication, and as such, deterrence hasn’t significantly changed. Defense and deterrence may work in tandem but they are two distinct operations. Cavanaugh believes that a “defense in depth” for the homeland will result in a denial of benefits to an adversary, through integrating major US industries into defense plans and partnering with Mexico on security issues. While we might hope that a homeland defense in depth would discourage general attacks against the United States, it is unclear that, eighteen years after 9/11, this form of deterrence is working. Russian bombers still approach US borders. Chinese, Iranian, and North Korean cyber attacks haven’t diminished. Strategic nuclear arsenals in China and North Korea continue to grow to offset a US global hegemony.

We should not view “deterrence by denial” as merely a defensive block against one avenue of attack. Deterrence by denial only works if the adversary views it as an obstacle. If the adversary views our defensive efforts as weak, has resources to use multiple attacks against limited resources, can achieve political objectives regardless of an effective defense, or wins in public opinion even in losing on the battlefield, then developing defenses as a “deterrence by denial” will not work. We maintain national defenses because we are unsure that general deterrence will work. It may be that adversarial nation-states have other reasons not to attack the US homeland, and nonstate actors capable of such attacks may have been destroyed or diminished by active US military actions. This reduces the need for deterrence efforts. Sometimes a defense is just a defense.

At a recent conference, a field-grade military officer was doing his best to convince his audience that US plans to counter weapons of mass destruction could be rolled up under deterrence policy. He rationalized this by pointing to DoD’s joint definition of countering WMD: “efforts against actors of concern to curtail the conceptualization, development, possession, proliferation, use, and effects of weapons of mass destruction.” US policy is to deter nations from developing and using nuclear weapons, and this counter-WMD definition addresses efforts to curtail development and use of WMD. Ergo, countering WMD is a subcomponent of deterrence. This simplistic explanation ignores nearly three decades of developing counterproliferation/counter-WMD strategy and the careful segregation of nuclear deterrence and counter-WMD policy within DoD.

US counterproliferation policy was always aimed at operationally protecting US forces from unconventional weapons effects and not intended as a strategic deterrent. We needed counterproliferation in 2003 because we were not sure as to whether Saddam Hussein might use chemical and biological weapons in an act of regime survival, despite US statements of massive retaliation. We need counterproliferation today because we are not sure as to whether Kim Jong-un might use chemical or biological weapons, despite demonstrations of US military power and clear statements warning him against such action. Countering WMD is the defensive plan we go to when tailored deterrence (against a specific adversary) fails.

During the Cold War, it was clear what strategic deterrence meant and that the United States needed capable military systems to convince the Soviet Union that a strategic nuclear exchange would be a mistake. Nearly thirty years after the fall of the Soviet Union, we have a new generation of military and civilian analysts who have not considered modern deterrence concepts. Just as Clausewitz’s broader views on the nature of war remain viable today, so does the general relevance of deterrence theory and its observations on how political adversaries can be coerced through threats of force. The basic principles apply to both nuclear and non-nuclear scenarios. We should guard against reinventing deterrence theory merely because there are new technologies that did not exist thirty years ago.

Al Mauroni is the director of the US Air Force Center for Strategic Deterrence Studies and author of the book Countering Weapons of Mass Destruction: Assessing the U.S. Government’s Policy. The views expressed are those of the author and do not reflect the official position of the United States Military Academy, Department of the Army, Air University, US Air Force, or Department of Defense.