Dispatch from London: Field Notes on the State of the Special Relationship 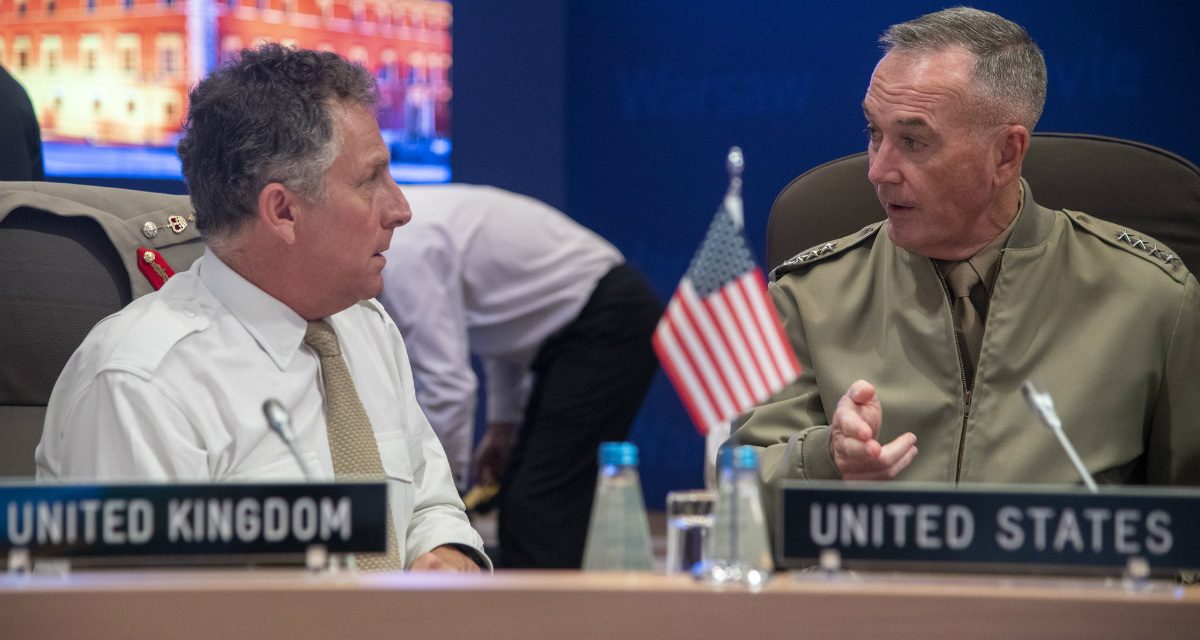 Ernie Pyle in England is an old, dusty book, but one that still has a lot to say.

Legendary war correspondent Ernie Pyle rushed to London during the Blitz to see the what the war looked like up close. From afar he’d read the bombings were “a trial of souls” and “a spiritual holocaust.” But when he got there nearly eighty years ago, he wrote that it wasn’t what he expected. He found “it never seemed dramatic to me when I was there” because the Brits were resolutely holding on, and Pyle left four months later with “no fears about Britain’s ‘sticking it.’” He judged their “national character” strong and stiff and predicted they would be alright in the long run.

I took in Pyle’s assessment as I flew to London recently for a military-related work trip. The specific content of this particular UK-US staff exchange is much less interesting than the more general observations on the state of the “special relationship,” the much-lauded favored strategic association between the two governments. It seems that although Pyle arrived in London at a particularly tumultuous time, the current state of the UK-US relationship is currently enduring near-daily bombings of another sort.

In just the past few weeks, the UK ambassador to Washington resigned (which hasn’t happened since the late 1800s) because some of his diplomatic cables back to London were outed in the press, prompting the New York Times to diagnose the UK-US relationship as “more testy than ‘special.’”  On arrival, the first copy of the Financial Times I encountered opened to read columnist Phillip Stevens’s assessment that the relationship was so “lopsided” that the incoming UK prime minister will effectively be a “servant” to the US president’s “master.” And on the way home, the Wall Street Journal’s feature article questioned whether we’d reached the “End of the Special Relationship.”

With all this swirling in the air, it’s natural to question: Has the UK-US relationship run aground? Have the political volcanoes and geopolitical earthquakes unsettled the landscape such that the special relationship’s changed for good?

I don’t think so. My observations, on this trip and based on longer study, finds the same story repeating itself—geopolitics divides and (strategic) culture coheres.

Let’s start by looking at what’s pulling the UK and US apart—the fissures and friction points.

First, indeed, the world is changing. Power is shifting. It appears the UK will slip this year from fifth to seventh in the world’s national economic rankings, while India, for example, already featuring a much larger population, may leap up and over the UK. Some ask why the United States should spend scarce resources on a relationship with the UK when we could be putting more time, energy, and effort in the relationship with India. India’s a democracy, surging economically, spends roughly 30 percent more on defense, and sits right next to another geopolitical competitor (China). So why not more India and less Britain?

It’s a fair question, and one that shouldn’t be taken lightly. But it’s one that tends to see countries as black boxes, and assumes that we should always and immediately prefer the bigger box. And in this case, in this context (especially that much of Indian defense spending is entirely consumed with Pakistan), the UK is usually the better box. We’ll get to more on that a bit later.

Because it’s worth a few words to consider China’s impact on the UK. Red renminbi is all over London. The new US embassy on the south side of the Thames is surrounded by construction cranes bearing Chinese characters. Moreover, everywhere in London, down into the tube or up street-side to grab a cab, a visitor finds advertisements for Huawei’s 5G-speed smartphones. (Yes, that’s the same Chinese telecommunications company that’s put a potential wedge between the UK and US, and got a UK minister of defence fired recently.)

None of this is surprising, as Chinese foreign direct investment in the UK was higher than that coming from any other country in 2018.

With just a cursory sweep of the changing economic and financial structure of the global economy, it’s easy to see the sustained sore spots in the UK-US relationship going forward, because there’s a new banker in London-town, and that banker’s got deep vaults.

But arguably, what’s unseen matters more. The stuff that can’t be as easily quantified as dollars and figures—and that’s strategic culture.

There are lots of definitions out there, but the way I understand it is that strategic culture is a (mostly) stable set of beliefs, behaviors, and instincts a particular group of people shares about the use of force. For example, in Germany, pacifism has won out. Almost entirely.

Because when dealing with thirty-somethings, forty-somethings, fifty-somethings, and beyond—those who make up the leadership of military and strategic organizations—cultural instincts are essentially formed. And it matters that Americans share those instincts with their British counterparts.

We share language (even if Brits insist on unnecessarily adding an “e” or a “u” to words, and don’t get me started on their pronunciation of the word “corollary”).

We share schools, military schools, and cooperate all the way up and down the operational ranks. Such common frames of reference get passing mention in some analysis, but because it’s deemed “amorphous,” it’s set aside and dismissed as somewhat less important.

But how important is it that my UK counterpart for this work trip spent a year at the University of Nebraska (and in the process became a huge American college football fan)? Or that, in turn, I’ve spent the better part of a decade doing two advanced degrees in New Zealand and through a UK university? From the get-go, we were able to pick up and talk about an awful lot, well beyond work subjects, which made us fast friends and much, much better colleagues. What’s more, because we’ve both had deep and sustained and ongoing cross-Atlantic working relationships, we found the habit easy to fall back into, which therefore greatly sped up trust (something leadership guru Franklin Covey calls the “ultimate competitive advantage”).

Which brings me to a fairly firm conviction: despite the headlines and friction points, the special relationship endures because an international relationship is mainly the sum of smaller relationships, admittedly some more important than others at higher levels of government (say, Reagan-Thatcher or Clinton/Bush-Blair). And because the foundational bricks are strong, in turn, so is the larger structure.

Most of the time in international affairs, countries essentially say: What do we want in the world? If it’s oil, well then we should cultivate a relationship with the country that happens to hold a lot of it (i.e., Saudi Arabia) even if they don’t share values (which they generally don’t). Interests first, then make do with the values.

It’s hard to tell, but it seems almost inverted in the UK-US relationship. We often start with shared values and common culture and then look for ways of collaboration. That’s not to say we always see the world the same way, because we sometimes don’t, but the ingrained instinct is to collaborate.

Which is sure to be tested in the coming weeks and months. New UK Prime Minister Boris Johnson has much to take on, most obviously domestically with Brexit, but also with difficult challenges like escalating confrontation with Iran in the Straits of Hormuz.

But as uncertain and unsteady as these challenges may be, he’s certain to have a steady ally in America to help him and his country along, something Ernie Pyle might’ve predicted nearly eighty years ago.

Lt. Col. ML Cavanaugh, PhD, is a non-resident fellow with the Modern War Institute at West Point and a professor of practice with Arizona State University, and co-edited, with author Max Brooks, Winning Westeros: How Game of Thrones Explains Modern Military Conflict, from Potomac Books.