Disruptive Innovation Wins Wars. Here’s How the Army Can Get Better at It. 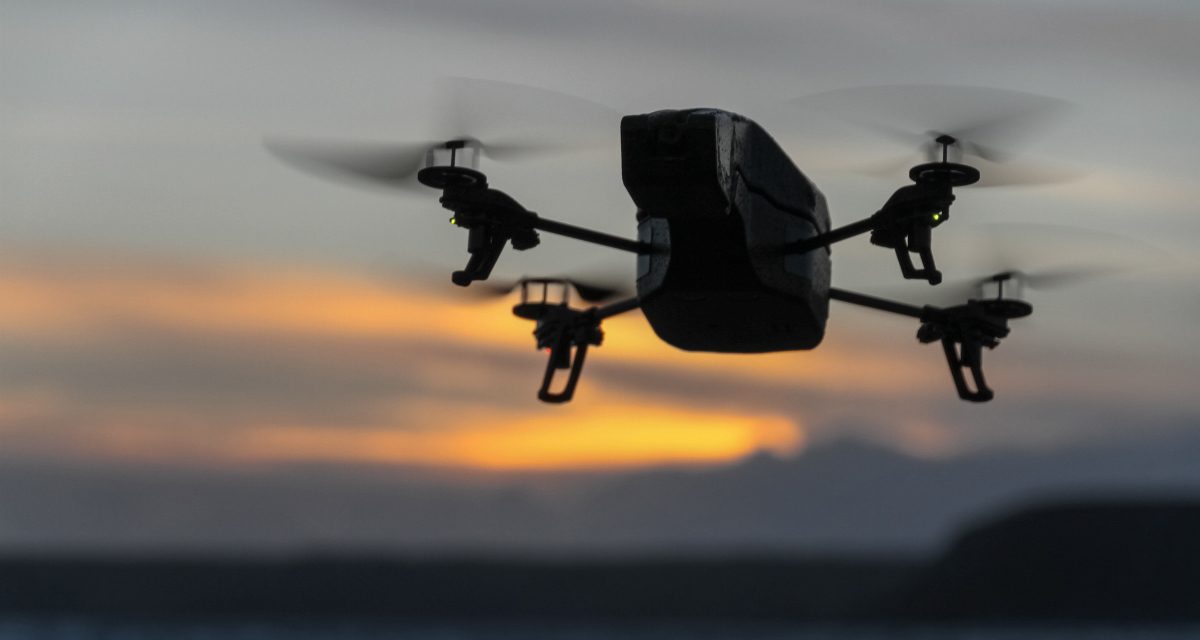 In early 2017, Gen. Raymond Thomas, commander of US Special Operations Command, admitted that coalition forces battling ISIS fighters were brought to “a screeching halt” in Iraq for a full twenty-four hours by a surge of what one US military official described as seventy “very primitive” drones. By modifying basic hobby-level drones, ISIS created an urban aerial attack platform that could be deployed immediately, was difficult to detect, required minimal resources, and enjoyed an incredible degree of accuracy. These attributes effectively enabled ISIS to leverage offensive drone capabilities in ways that are not possible with $64.2 million MQ-9 Reapers.

Although military innovation portfolios often focus on sustaining technologies (such as increasing the range on artillery systems), disruptive technologies uniquely alter the balance of power on the battlefield by exploiting vulnerabilities with capabilities and features that were previously underutilized.  While these technologies often begin as simple prototypes, they rapidly evolve to offer asymmetric advantages. Army leaders at all levels must own the challenge of disrupting ourselves first by collecting and rapidly filtering diverse soldier feedback using agile pilots, or we risk being outmaneuvered by rivals—even those with only “very primitive” tools.

Why should the military care about disruptive innovation?

Clayton Christensen described disruptive innovation as technologies with “worse product performance, at least in the near term . . . [but which] bring to market a very different value proposition than had been available previously.” The Silicon Valley archetype startup is a prime example: an entrepreneur turns a pile of components in the family garage into the company that creates the iPhone. Disruptive innovation moves rapidly and attacks the blind spots and weaknesses in existing capabilities, making it ideally suited for asymmetric conflicts and devastating to larger, established institutions.

What can military leaders do about it?

The Army has a history of turning simple prototypes into game-changing technologies, such as the World War II “rhino tanks” that overcame the pesky and potentially momentum-killing problem of Normandy’s hedge rows. But it is for leaders to foster the right environment. The uncertain trajectory of disruptive innovation, akin to Thomas Edison’s hunt for the light bulb, requires that leaders embrace high failure rates and intentionally collect many divergent ideas in a quest for the few with disproportionate impact.

Leaders can foster this environment by developing innovation networks for soldiers to explore ideas, and by rewarding them for employing creativity instead of adhering to conformity. Soldiers exploring these ideas will need institutional protection or they risk being squashed by bureaucratic processes designed for yesterday’s challenges. Soldiers afforded this support are then required to uphold the highest standards of professionalism by using disciplined processes to evaluate concepts through empirical testing, independent of the subjective decision making of traditional hierarchies.

Harnessing the innovation capacity that exists within the Army’s ranks will take a long-term commitment; however, the first step is creating opportunities for soldiers to be heard. Leaders must create funnels that collect many diverse ideas, with the understanding that while most will not bear fruit the few that do are disproportionately valuable.  The following options create those concept funnels and can be implemented immediately to kick start the innovation process:

The marriage of resource-rich investors and entrepreneurs with ideas in need of funding is the bedrock of the venture capital community. ABC’s Shark Tank is a prime example of this: a panel listens to business pitches and invests money in exchange for partial ownership in the venture. A version of this approach can empower service members when addressing immediate challenges and has already been used to great effect by the Navy and Air Force.

In 2017, Secretary of the Air Force Heather Wilson launched the Spark Tank Competition to “unleash the innovation capacity of our Airmen.” The program has been wildly successful. Tom Burden, a former F-16 mechanic who launched a company that improves the design of  mechanics’ tool kits, recently received an innovation award presented by Air Force Lt. Gen. Jerry Harris and Shark Tank’s Mark Cuban. His project, and many like it, prove that empowering soldiers to solve problems creates value for the military and civilian communities, highlighting the need to institutionally support these efforts.

The Navy’s Athena Project began aboard the USS Benfold in 2013 and let sailors pitch ideas for peer evaluation of idea quality, actionability, and presentation. Winners receive the “Admiral Sims Award for Intellectual Courage” and resources to pursue their ideas. This unit-centric approach allowed sailors to share ideas and created a culture of innovation that extended beyond pitch sessions.

Online crowdsourcing platforms can compound the impact of unit-level pitch competitions by allowing commanders to access the collective intelligence of soldiers outside their command.

Online crowdsourcing was at the heart of the Air Force’s Airmen Powered by Innovation (API) program, which saved $121.3 million from 2014 to 2016. The Marine Corps uses this approach with Commandant’s Innovation Challenges using commander priorities to access creativity from across the Marine Corps.

Recommendation: Army leaders can immediately employ this strategy by launching challenges targeting current priorities, socializing the idea through their social media outlets, and hosting them securely for free by working with organizations such as the National Security Technology Accelerator (MD5). This approach collects otherwise unheard ideas outside of organizational boundaries from individuals facing bureaucratic hurdles, including lower enlisted soldiers.

While challenges and pitches leverage the creativity of military personnel, connecting with private-sector expertise provides for far greater thought diversity. This approach is especially powerful in domains where expert knowledge is required, like cybersecurity, and has been harnessed effectively though hackathons and academic programs.

Civil-military hackathons tackling military cyber problems first emerged with then Secretary of Defense Ash Carter’s 2016 “Hack the Pentagon” bug bounty program. The program found the first vulnerability within thirteen minutes and continued until 138 “legitimate, unique and eligible” bugs were discovered, handing out over $75,000 in awards. The Marine Corps has adopted this approach with its 2018 “Hack the Marine Corps” event, which awarded $80,000 and discovered seventy-five new vulnerabilities over nine hours.

Academic civil-military coalitions led to Hacking for Defense (H4D), which combines university students and military sponsors for a semester-long effort to tackle operational challenges. These teams blend think-tank and startup approaches to generate innovative solutions to military problems with strategies like design thinking and agile management.

Social networks designed to foster civil-military coordination offer immediate access to disruptive ideas for Army leaders, and one of the most effective is the Defense Entrepreneurs Forum (DEF). This group connects disruptive thinkers across the civil-military enterprise to tackle national security challenges, often through events like DEFx (akin to a TEDx event) and conferences that enable collaboration.

Recommendation: Army leaders can immediately access civilian expertise through command-sponsored hackathons, working with initiatives like H4D, or creating opportunities for their subordinates to network with civilian experts to identify solutions to core problems.

While bringing civilians into military environments is powerful, training soldiers to navigate and engage with these culturally distinct communities is essential for maximizing impact. This is best achieved by immersing soldiers into civilian innovation ecosystems to harvest ideas and network, tasks ideally suited to short immersion programs like Stanford Ignite or the MD5 Startup Innovation Fellowship.

Each summer the Stanford Graduate School of Business holds Stanford Ignite, teaching students about innovation as they forge networks in the heart of Silicon Valley. The school’s Post-9/11 veterans program fosters a joint learning environment and the proximity of the campus to organizations like the Defense Innovation Unit expands student awareness of key Department of Defense innovation programs.

The MD5 Startup Innovation Fellowship connects service members with startups in six-week immersions that focus on specific commander priorities. Units distill current operational challenges into problem statements that form the research basis for the program, allowing service members to hunt for solutions and best practices from innovative companies and entrepreneurs.

Recommendation: Army leaders can immediately leverage these resources by sending personnel into MD5 Startup Innovation Fellowship cohorts, encouraging subordinates to seek out short immersive programs like Stanford Ignite, and providing support for individuals selected to participate in these programs.

After collecting diverse ideas, leaders’ next priority should be to separate the transformative few from the ineffectual many. This challenge is especially acute with disruptive innovation since ideas will need further development before understanding their impact on metrics like lethality, readiness, or organizational speed.

Agile pilots allow leaders to decrease uncertainty by rapidly exploring ideas and using experimental feedback to empirically validate the feasibility and likely returns of ideas. This is best achieved using lean-startup methods because the system focuses on learning, instead of projecting subjective expectations, and using experimental data to inform decision makers venturing into the unknown. While this approach embraces failure, it is essential that leaders demand their personnel execute disciplined experimental plans so shortcomings like lack of professionalism do not artificially impact outcomes.

Experimental plans from teams like GoogleX target the most likely cause of failure first. Consequently, progressing through each stage increases the probability of success and justifies continued investment. Greg Galle, CEO of Solve/Next, recommends military leaders create “de-risking centers of excellence” that mitigate historically risk-intolerant cultures by killing bad ideas early and investing in those with the highest probability of success. This strategy differs from hunting small wins, which merely builds momentum before slamming into insurmountable barriers, often after significant investment and senior leader sponsorship, making pivoting challenging.

Recommendation: After collecting ideas, leaders should encourage subordinates to refine them into testable hypotheses and select those most likely to succeed for agile pilots. Army leaders can develop the requisite technical capabilities within their formations by using existing resources like the National Science Foundation’s I-corps innovation training, the mission model canvas, and design-thinking training with the Navy’s “Illuminate Thinkshops” program. The pilots’ needs will dictate the specific training requirements for the personnel assigned to manage them, and the hypotheses can be rapidly validated through a combination of empirical testing and crowdsourcing using the boards of experts that were generated through exploratory work with the civilian communities during the collection phase.

In his book Team of Teams, retired Gen. Stanley A. McCrystal explains why it takes a network to defeat a network. Dominating the disruptive innovation ecosystem requires the same strategy. Army Futures Command and MD5 tackled Gen. Thomas’s ISIS drone challenge with a civilian-military approach in “hack of the drones.” While the event succeeded in discovering ideas for further development, leaders must ensure this strategy becomes a standard approach to modern problem solving. One challenge moving forward will be integrating feedback and expertise from soldiers and civilians that could not attend the event through online collaboration tools.

Support from leaders is needed to scale this approach across the diverse range of challenges our Army faces, since predicting and addressing capability gaps exceeds the bandwidth of any existing organization. Soldiers on the ground best understand the specific capability gaps, both friendly and enemy, that must be disrupted, and giving them the resources to exploit the initiative would unleash a cascade of innovation cycles. While critics may contest whether approach is financially possible, the Air Force already equips squadron and wing commanders with $64 million in funding to “jump start” innovative ideas.

If we fail to own this challenge as an Army by waiting for someone else to do all the work, we risk being defeated by “primitive” rivals and left behind by our sister services.