Diversity, War, and the Legacy of Dr. King’s Dream 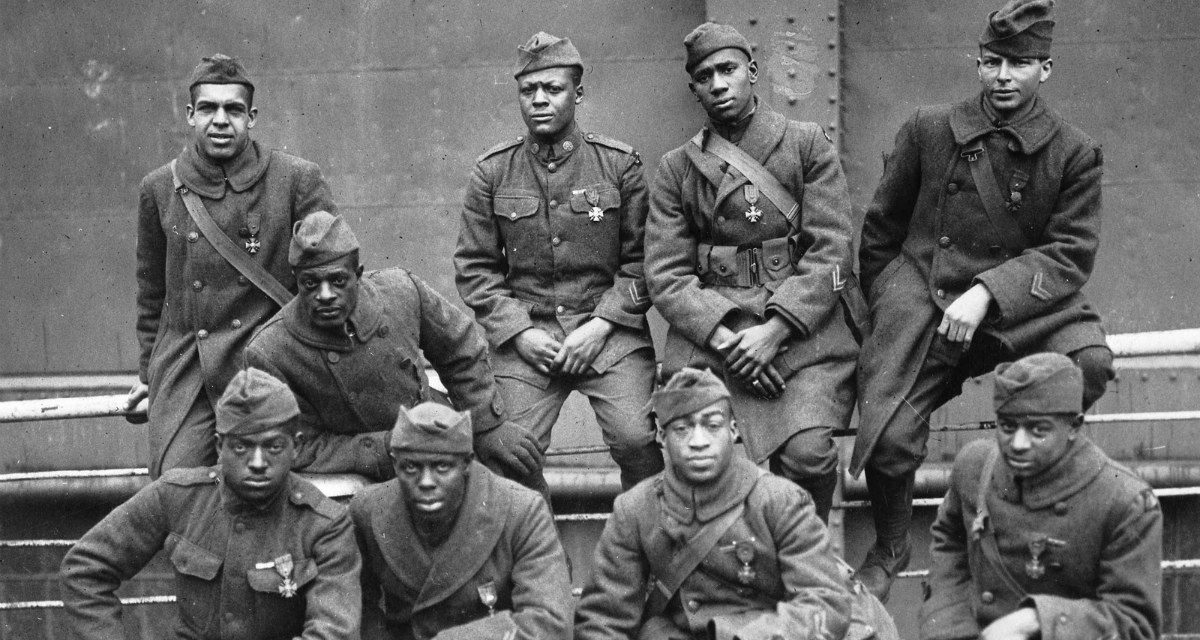 Today marks a very special Martin Luther King Jr. Day, because it also marks the 100-year anniversary of American soldiers’ return from the Great War. While those soldiers fought to make the world safe for democracy, some of them were denied that democracy at home. Yet they still risked, and in many cases lost, their lives for a country that had yet to live up to its ideals. They embody the hope, faith, and courage of Dr. King, the willingness to believe in a better tomorrow. When we remember and honor the legacy of King’s dream, we also need to remember those who fought to make that dream come true. Among them:

In 1917 many Native Americans were not even classified as US citizens. As children, many were sent to schools where they were literally beaten for speaking their native languages. Fortunately, all the brutality and brainwashing, failed to break the Choctaw doughboys who held onto their language and, once in combat, used it as an unbreakable military code. Their idea was so successful that it was not only adopted by the US Army during the war, but served as the inspiration for the now famous Navajo Code Talkers in the Second World War.

In 1917, the same year the United States entered the Great War, it also passed the Immigration Act which excluded (among others) “epileptics,” “paupers,” “idiots,” and anyone from the “Asiatic Barred Zone.” And yet, a Chinese-American from San Jose, California not only managed to serve his country, but came home with the Distinguished Service Cross. Despite being gassed and wounded by shrapnel, he manned his communications outpost singlehandedly for a full twenty-four hours, earning praises from a fellow soldier who said said of him, “He’s the best American in our regiment.”

Most of us have heard of Sgt. York, the Medal of Honor recipient who took out a German machine gun nest, killed twenty-five enemy soldiers and captured 132. But what if York had been Mexican? Would we have heard his story? A remarkably similar story belongs to Serna, who was born in Chihuahua, entered the United States right before the war, and refused a discharge when it was discovered that he was not a citizen. Insisting on being sent into combat, Serna took out an enemy machine gun, then a sniper, then killed a further twenty-six German soldiers before capturing another twenty-four. Marcelino came home with the Distinguished Service Cross and may one day also receive the Medal of Honor.

This all black, New York National Guard regiment was essentially set up to fail by its own government. Members of the regiment had to wait for their uniforms, practiced with broomsticks instead of rifles, and were sent to train in South Carolina in the hopes that a race riot would keep them from deploying. When they finally did deploy, they weren’t allowed to march with the other Guard units in the Rainbow Division because “black is not a color of the rainbow.” Once in France, they were first forced to do manual labor, then passed off to the French Army with specific, written instructions on how to be treated like second-class citizens. In spite of all the humiliation and sabotage, the Hellfighters still returned as one of the most successful, decorated units in the entire US Army.

We need to remember that soldiers of all colors fought in “the war to end all wars.” We need to remind ourselves that judging those by the content of their character keeps us all safe and free.

Max Brooks is an author, public speaker, and nonresident senior fellow at the Atlantic Council’s Art of the Future project. He is the author of World War Z and The Harlem Hellfighters.