Do Targeted Strikes Work? The Lessons of Two Decades of Drone Warfare 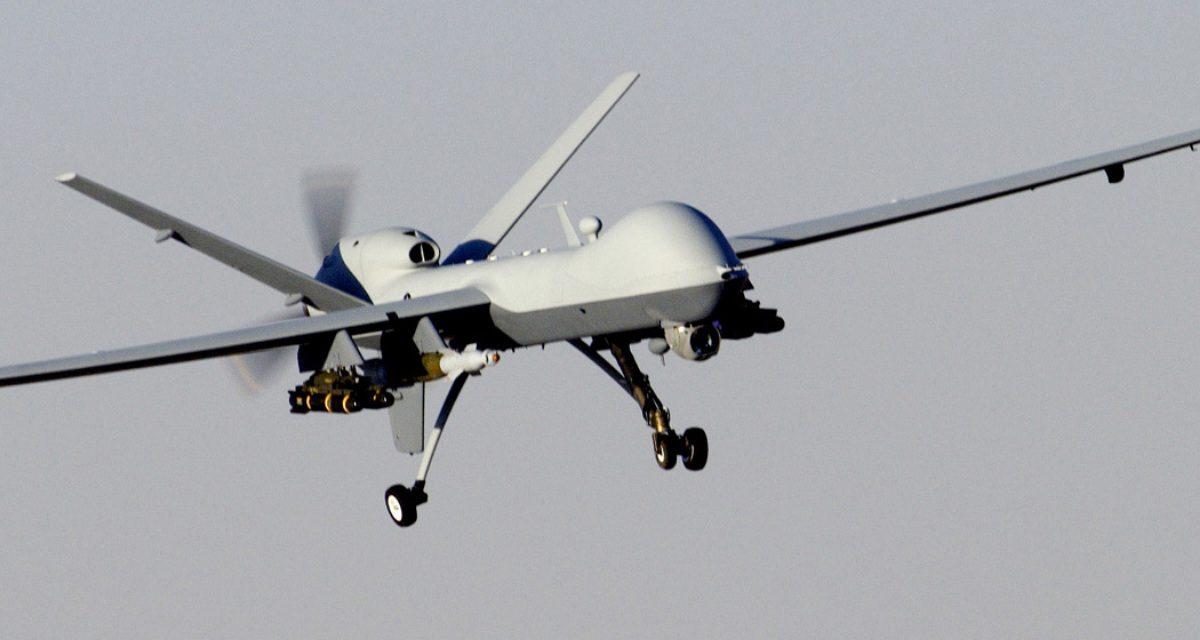 One of the most controversial US tools of irregular warfare over the last twenty years has been targeted strikes by remotely piloted aircraft, or drones, against terrorist threats in areas outside conventional war zones. These strikes have been conducted overwhelmingly in Pakistan, mostly in northwest Pakistan in what used to be known as the Federally Administered Tribal Areas (FATA); in Yemen; and in Somalia.

Both supporters and critics make claims about the impacts of strikes, but these are often based on armchair theories that rely on minimal or selective empirical evidence. There are, however, more than sixty studies on targeted killing in general, including the US campaign in particular, that have the potential to offer insights. My new book Drone Strike: Analyzing the Impacts of Targeted Killing reviews this research, along with extensive al-Qaeda correspondence, in order to identify what we do and do not know about the impacts of targeted strikes on terrorist groups, civilian casualties, and local populations. As the United States resets its counterterrorism policy after withdrawing from Afghanistan, it would do well to study the lessons of the last two decades of drone warfare.

State of the Field

Findings from such research are neither uniform nor unqualified. On the whole, however, they do suggest several broad conclusions. First, the US targeted strike campaign has not caused the decline of al-Qaeda or reduced the number of attacks by the group worldwide. This reflects the fact that al-Qaeda is a network in which local affiliates do not require instruction from leadership in order to conduct attacks, but can exercise discretion within general leadership guidelines. This is consistent with research on other campaigns finding that targeting the leadership of groups that are not organized in hierarchical fashion or dependent on a charismatic leader has minimal impact on these groups’ survival or attacks. Furthermore, al-Qaeda was a relatively mature organization by the time strikes began. Research suggests that targeting leadership early in the life of a militant group is more likely to cause a group to collapse. As groups age, however, many develop quasi-bureaucratic features that make them resilient in the face of targeting.

Second, qualitative evidence, especially from al-Qaeda correspondence, indicates that strikes in Pakistan significantly weakened top al-Qaeda leadership, known as al-Qaeda core (AQC). Along with substantial strengthening of other counterterrorism measures, this probably contributed to reducing the risk of al-Qaeda attacks against the “far enemy” in the United States and the West.

This is because AQC is the component of al-Qaeda that has been most committed to such attacks, on the basis that such attacks will cause the West to withdraw from the Islamic world, thus enabling al-Qaeda to establish Sharia law there by deposing heretical regimes that have depended on Western support. With its reasonably safe haven in the FATA, AQC was able to plan, coordinate, and train people for attacks against the far enemy, as well as lend assistance to other groups to do so. More than half the major terrorist plots against the West between 2004 and 2011, for instance, had links to Pakistan. The absence of a major al-Qaeda attack on the United States since 9/11 is not attributable solely to the strikes on AQC, but it is reasonable to believe that such strikes helped reduce the risk of such an attack.

Third, studies of targeting in Pakistan generally, although not uniformly, indicate that strikes can have local effects by reducing the number of terrorist attacks and fatalities for one to four weeks in locations where strikes occur. Researchers suggest that this is a function of both “kinetic” effects from the loss of valuable individuals and “anticipatory effects” that reflect changes in terrorist operations to avoid strikes that render those operations less efficient.

Research in Pakistan suggests that the ability of strikes to achieve these local effects requires an ongoing intensive campaign of surveillance, intelligence gathering, and persistent strikes. Effects may continue as long as strikes do, but there may be limits on how long there is political will to engage in such a campaign. Strikes by themselves will not necessarily permanently weaken a terrorist group, but they may reduce violence enough to create the opportunity to pursue initiatives that could do so. Several observers maintain that these initiatives include local governance and security reforms, and the creation of meaningful economic opportunities, in order to lessen the appeal of extremism. While the potential of such initiatives seems plausible, there has been little rigorous research that isolates the effect of these measures and other factors that influence propensity toward extremism. One reason is that there have been few sustained reform efforts in areas in which extremism has flourished.

Fourth, the best data available refutes the claim that drone strikes tend to kill more civilians than intended targets. In 2013, the United States adopted targeting standards that have reduced civilian casualties. My calculations, based on New America’s database, for instance, find that 11.2 percent of casualties were civilians from 2002 to 2012, while 3.5 percent were from 2013 to 2020. Similarly, calculations based on the Bureau of Investigative Journalism’s database are 23.3 percent from 2002 to 2012 and 4.4 percent from 2013 to 2020. In both cases, I used the mean figure for estimates expressed in terms of a range. Other research finds a sharp decline in civilian casualties in Pakistan dating from July 2011, which is when the United States began to follow the standards subsequently announced in 2013. At the same time, the US government has consistently underestimated civilian casualties compared to credible estimates from other sources, suggesting that it has not met its standard of near certainty of no civilian casualties outside areas of active hostilities.

The reason is that drone strike precision is not simply a function of technology, but of the organizational processes that are put in place to deploy that technology. Minimizing civilian casualties requires collecting accurate data on casualties, aggregating this data in order to identify root causes of casualties, disseminating lessons across all US entities involved that use force, and revising operations in ways that incorporate these lessons. The United States will fail to realize the full potential of drone strike precision if it fails to institutionalize these measures.

Next, research consistently finds that there is strong local opposition to drone strikes in the areas in which they occur. The most rigorous research does not, however, support the claim that this translates into greater support for terrorist groups and increases in terrorist recruitment. Local residents also harbor considerable resentment toward terrorist groups in their areas. Opposition to strikes nonetheless can impair the effectiveness of counterterrorism and counterinsurgency operations by, for instance, reducing local willingness to provide information and by undermining the perceived legitimacy of what may be fragile partner governments. These consequences need to be considered in a full assessment of the impact of targeted strikes.

The Next Drone Wars?

What do these lessons suggest about the potential future role of targeted strikes outside war zones as a tool of US irregular warfare? First—with one important caveat—continued targeting of top al-Qaeda leadership may not appreciably reduce the risk of attacks in the United States and the West. Targeting success in Pakistan’s FATA reflected the distinctive importance and influence of AQC at that time, and the resources it had to plan, organize, and attempt such attacks without the need to rely on affiliates to do so. Today, al-Qaeda’s leadership is more dispersed and can provide general guidance, but it has few other resources to encourage affiliates to attack the far enemy. Some groups may have the capability to conduct such attacks without assistance from AQC. At the same time, however, they must devote considerable resources to local conflicts and may not give much weight to AQC’s call for attacks in the West.

The caveat is that this calculus could change if AQC regains a safe haven in Afghanistan from which it could resume coordinating attacks overseas. The United States would not, however, be able to rely on a relatively, if not consistently, cooperative local partner for intelligence and law enforcement assistance as it was able to do in Pakistan. The result could be more difficulty in locating targets and a larger number of civilian casualties. This suggests that even if AQC regroups in Afghanistan, it may not be feasible for strikes to play as prominent a role as they did in Pakistan. If used, they will need to be complemented by extensive other counterterrorism measures, such as the disruption of terrorist financing, information and cyber operations, and security and counterterrorism assistance to states in the region.

Second, without efforts to analyze and address the underlying causes of extremism, the most that strikes may accomplish on the local level is, as Israel puts it, to “mow the grass.” This would involve periodically weakening groups as they become a threat to the United States, or preventing them from becoming such a threat—while recognizing that the effect will be temporary and that future strikes may be necessary. If the United States eventually concludes that it is no longer in an armed conflict with al-Qaeda, using strikes in this way could be controversial because some may see it as inconsistent with the international law requirement that force be used only to prevent an imminent attack.

Finally, analysts and policymakers need to appreciate the limits of empirical research. It can inform, but not substitute for, judgments about the legal and ethical justifiability of targeted strikes. Nonetheless, it’s important to affirm the value of research that aims to provide the best possible understanding of life and death matters in a complex world.

Mitt Regan is McDevitt professor of jurisprudence and co-director of the Center on National Security at Georgetown Law Center, and senior fellow at the Stockdale Center on Ethical Leadership at the US Naval Academy.