Does Security Assistance Work? Why It May Not Be the Answer for Fragile States 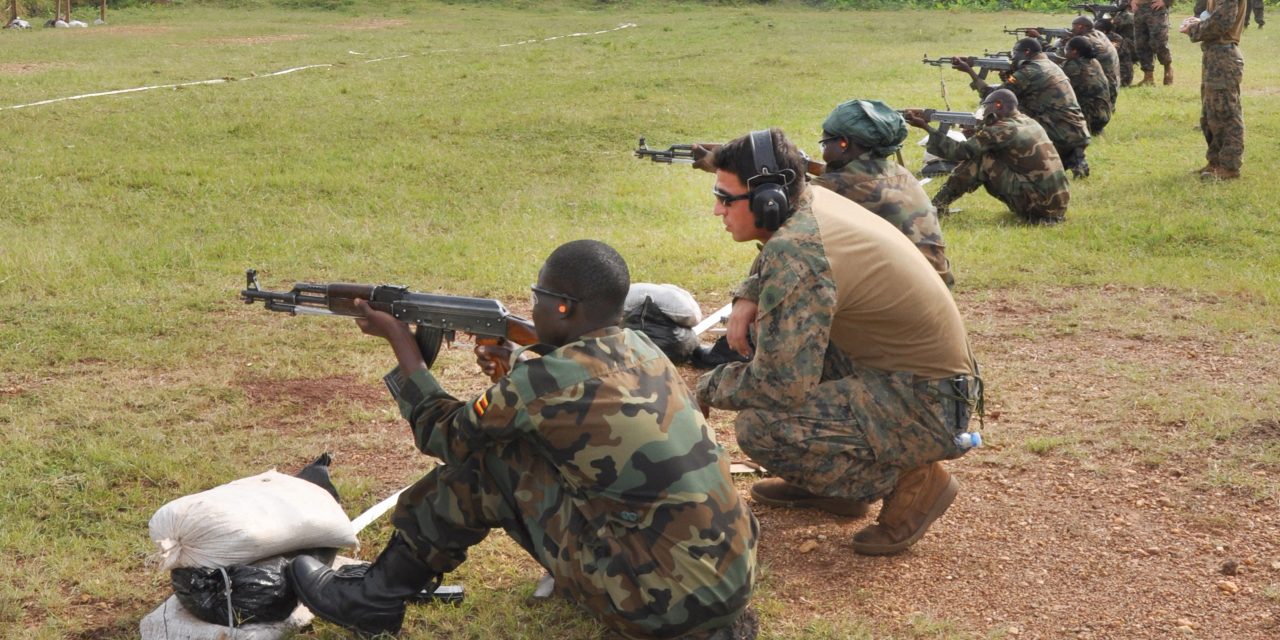 Over the past two decades, the United States has increasingly turned to security assistance as a solution to a wide range of problems in weak and conflict-affected states. It has provided security assistance as a strategy for peacebuilding, counterterrorism, counterinsurgency, stabilization, and countering violent extremism. Yet, as Mara Karlin, assistant secretary of defense for strategies, plans, and capabilities, observes, “History shows that building militaries in weak states is not the panacea the U.S. national security community imagines it to be.” And new research on post-conflict countries adds to growing evidence that strengthening security forces in fragile states can exacerbate the underlying causes of extremism and violence.

Post-conflict countries face numerous challenges, including political instability and pervasive insecurity. Even after an armed conflict has officially ended, portions of the state’s territory may remain outside the central government’s authority, political violence can persist, and the socioeconomic toll of war can result in high rates of violent crime. At the same time, the security sector may be in disarray, depleted from the war effort, and under a mandate to reform under the terms of a peace agreement.

All of these conditions seem to suggest that security assistance—funding, weapons, equipment, and training provided to a state’s security sector by external actors—could be critical to building enduring peace and security in post-conflict countries. This assumption is particularly attractive given the conviction shared by many policymakers that fragile states are a threat to US national security. Former US Secretary of Defense Robert Gates, for example, has warned that “in the decades to come, the most lethal threats to the United States’ safety and security—a city poisoned or reduced to rubble by a terrorist attack—are likely to emanate from states that cannot adequately govern themselves or secure their own territory.” The solution, he argues, is greater investment in building the capacity of the security sector in fragile states.

The logic behind support for fragile states is compelling, but it is based on largely untested assumptions about the ability of security assistance to reduce security deficits in weak states. While the United States has invested heavily in building the capacity of security forces in conflict-affected states over the past two decades, it has dedicated few resources to evaluating whether these efforts actually work, or whether providing this assistance has had unintended consequences that could undermine US security in the long term. One unintended consequence that deserves particular attention is the potential for increased state repression. Changes in the quality of governance in a state should always be included as critical measures of security assistance effectiveness because poor governance, and abusive state security forces, in particular, can cripple US efforts to contain threats from violent nonstate actors and stabilize conflict-affected regions over the long term. Heavy-handed state responses to domestic threats may yield temporary security gains but are ultimately detrimental to US interests.

What Can US Security Assistance Achieve?

Since 9/11, the US government has dramatically increased its efforts to build the capacity of foreign security forces, particularly in weak and conflict-affected states. According to data collected by the Security Assistance Monitor, funding to train and equip foreign security forces increased more than 300 percent between 2001 and 2011, from $5.7 billion to over $24 billion per year. In fiscal year 2020, the United States provided security assistance to at least 133 countries—almost 70 percent of the independent countries in the world. Seventy-one of those countries received at least $1 million each in military aid from the United States. At the same time, there has been a significant shift in authorities for security assistance programs from the State Department to the Pentagon, with a particular emphasis on a set of missions broadly labeled “Building Partner Capacity (BPC)”—“training, mentoring, advising, equipping, exercising, educating and planning with foreign security forces, primarily in fragile and weak states.”

The steep climb in funding is indicative of the growing role of security cooperation in US national security strategy. Security assistance has become an all-purpose multi-tool. As Andrew Miller and Daniel R. Mahanty observe, “It is no exaggeration to say that security sector assistance has become part of the default U.S. response to any and all foreign policy challenges and opportunities.” And yet analysts know surprisingly little about the impacts of BPC programs in weak states. As a 2015 report from the Congressional Research Service observes, “The assumptions that BPC is actually effective—and that the unintended consequences of BPC efforts are manageable—appear to have remained relatively untested.”

In a recent article in Defence And Peace Economics, my coauthors and I use rigorous empirical methods to explore how security assistance affects governance in fragile states. Using data from the Stockholm Institute for Peace Research Institute and the Cline Center for Advanced Social Research, we analyze the impact of both foreign military aid and arms transfers on human rights violations after 171 internal armed conflicts that ended between 1956 and 2012.

The results of our analyses provide strong evidence that both military aid and arms transfers to post-conflict governments increase state repression.

Why would military aid increase human rights abuses? The answer may lie in political leaders’ incentives in the post-conflict environment. In theory, military assistance provided to a post-conflict country could contribute to greater security for citizens by enabling the government to establish a monopoly on the legitimate use of force within the state. But building the capacity of the security sector does not necessarily increase citizen security in fragile states.

Like all transitional governments, post-conflict regimes must choose the extent to which they will emphasize two opposing strategies for maintaining power. On one end of the spectrum, regimes can choose a good governance strategy—using state resources to provide goods and services to the broader population to facilitate economic growth and legitimize their rule. At the other end of the spectrum, leaders can choose a restricting and repressing strategy—minimizing the number of supporters the regime needs to stay in power, directing state resources to the members of that small coalition, and forcefully repressing potential challengers.

Both strategies have costs in addition to benefits for leaders. Pursuing a good governance strategy reduces the share of state wealth and power leaders can claim for themselves; providing citizens with civil liberties makes it easier for opposition movements to organize and press their demands. On the flip side, repression stifles economic growth, requires substantial investment in a repressive apparatus, and can trigger a backlash, increasing violent domestic dissent. In Kenya, for example, harsh counterterrorism measures targeting Somali immigrants and Kenyans of Somali descent have propelled Muslim youth to join violent extremist groups like al-Shabaab.

Foreign military aid can unintentionally tip a post-conflict regime’s cost-benefit calculus away from a good governance strategy in favor of a restricting and repressing strategy by lowering the costs, and increasing the expected benefits, of repression.

Like other types of foreign aid, military aid can shield political leaders from the consequences of governing poorly. Governments that rely on taxing domestic production to raise revenue have greater incentives to provide the public goods and services, including citizen security, that enable economic growth. And dependence on taxing citizens forces governments to prioritize the population’s perceptions of the government’s legitimacy. If the government can fund and equip state security forces with external resources, making it less dependent on taxation, citizens have less leverage to demand government accountability. Moreover, unlike development or humanitarian aid, military aid and arms transfers directly increase the capacity of state security forces to defend the regime against domestic threats to their survival—removing another means by which the public could hold the regime accountable.

In addition to lowering the costs and increasing the regime’s capacity for repression, foreign military aid can entrench interests hostile to political liberalization in recipient countries. Leaders can use foreign military aid and weapons transfers to buy the allegiance of a military elite, ensuring their loyalty in the face of challenges from the wider citizenry. Aid thus reinforces the privileged position of the military, empowering it relative to other state institutions and giving it an incentive to work with the ruling regime to repress liberalization efforts that would redistribute power and resources away from the military. In Uganda, for instance, $2 billion a year in economic and military aid from the United States and other Western donors has enabled President Yoweri Museveni to buy the loyalty of military generals with big budgets and high-tech military equipment. In return, the country’s security forces help the leader intimidate his political opposition with tactics including extrajudicial killings, forced disappearances, and torture.

We need additional research to determine whether conditioning aid on good governance or greater emphasis on security sector reforms can counteract the general tendency of states to use aid for the purpose of enhanced repressive capacity against civilian populations.

We also need more research on the effectiveness of US efforts to professionalize partner security forces. Title 10 of the US Code grants the Department of Defense authorization to train and equip foreign security forces and requires that every assistance program include training “on the law of armed conflict, human rights and fundamental freedoms, and the rule of law.” Furthermore, the fiscal year 2017 National Defense Authorization Act mandates that the Pentagon evaluate the efficiency and effectiveness of all its security cooperation activities. However, as of 2019, officials acknowledged they had not evaluated the effects of human rights training on the behavior, practices, or policies of recipients.

Traditional arguments for continuing to provide aid to abusive regimes often assume that even a corrupt, inept, and repressive government is better than the alternatives—political instability, state security forces too weak to deter or contain violent nonstate actors, or even violent seizure of the government by an extremist organization. This perspective is shortsighted. There is mounting evidence state repression actually fuels violent extremism. An increase in state violence against civilians can also be an indicator that military equipment and training are being diverted from their intended purpose to suppress domestic political opposition to the regime.

Recent events in Afghanistan provide stark evidence that even massive investments in building the capacity of weak state security forces can be undermined by governance failures. Policymakers should recognize that providing military aid and arms transfers to fragile states could undermine long-term stability and good governance—and ultimately harm US foreign policy objectives.

Patricia Lynne Sullivan is an associate professor in the Department of Public Policy and the Curriculum in Peace, War, and Defense at the University of North Carolina at Chapel Hill and director of the Triangle Institute for Security Studies.