Does the “Good Fight” Exist? Ethics and the Future of War 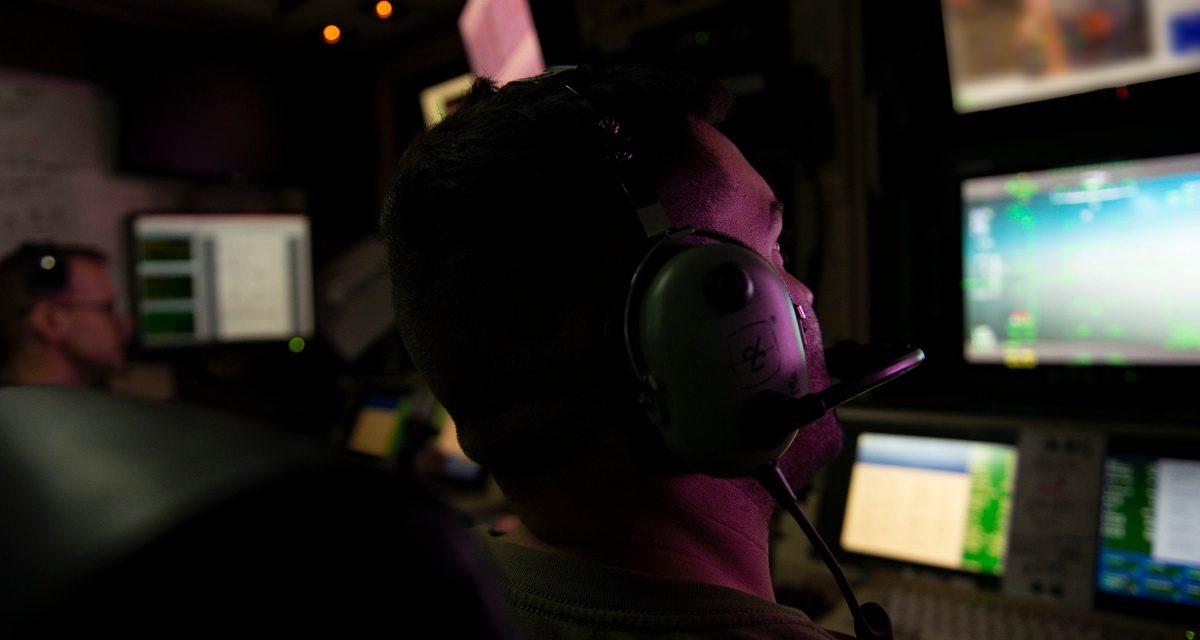 Can a “humane” war ever be fought? Or is such a question doomed to irrelevance by an innate contradiction in its terms? These are two of the driving questions in Samuel Moyn’s Humane, a polemic against the US-led march into an era of endless war.

Moyn’s exploration of these question leads him to conclude, in part, that efforts to make warfighting more ethical and less cruel have in turn made war more common and long-lasting. Moyn also sets his sights on the military establishment, castigating it for a long succession of abuses, cover-ups, and manipulations. Published as the US military continues its transition from the post-9/11 wars to an era of great power competition, Moyn’s book is a thought-provoking reflection on the evolution of ethical and legal considerations in the use of military force. Still, it poorly anticipates the ethical dilemmas that military officers will face today and tomorrow.

Moyn’s central thesis (while seemingly paradoxical) is relatively intuitive. If war becomes less brutal, both decision makers and the public will raise fewer objections to going to war. If fewer people object to war, then wars will become easier to initiate and harder to terminate. Moyn traces this logic from the nineteenth century, through both world wars and the Cold War, and into the post–Cold War period. He highlights a fissure that emerged between peace advocates who oppose war of any kind, for any reason, and humanitarians who work to mitigate the worst effects of inevitable conflict. In effect, Moyn suggests, the efforts of the humanitarian camp actually contribute to making war more likely by reducing some of the most catastrophic impacts of war.

Throughout the book, Moyn maintains a caustic tone directed at those who have strived to constrain the use of force and hold the military to a high standard of accountability and self-control. This derision is off-putting for junior officers who hold their military mentors, and their efforts to apply violence in ways that limit any unnecessary harm, in high esteem. In his memoir, Call Sign Chaos, retired General and former Secretary of Defense Jim Mattis wrote that “the need for lethality must be the measuring stick against which we evaluate the efficacy of our military.” Yet in the very same book, he observed that “rules of engagement are what separate principled militaries from barbarians and terrorists.” Moyn dismisses concepts such as strict rules of engagement and civilian casualty reporting as mere public relations tactics the military uses to avoid bad press.

The refinement of military ethics is a task without end; as long as war causes unnecessary damage and suffering, the task can and must continue. But the author overlooks ongoing efforts within the joint force to develop, refine, and enforce a robust set of military ethics—a defining feature of the military as a profession. Mentors and role models who embrace and pass on this professional obligation help establish a virtuous cycle where, at its best, each generation of new officers is cultivated to hold itself to an ever higher standard.

Consider such unforgivable abuses of military force such as the treatment of detainees at Abu Ghraib prison in Iraq. This episode and those like it are rightfully remembered as scandals in American military history. That’s why it’s important that they remain well-discussed, not just in American public discourse but in professional military education, as well. These are exceptions rather than the rule in American military affairs—unacceptable exceptions, but exceptions nonetheless. Efforts to ensure these cases are not only remembered institutionally within the military, but used to develop ethical leaders, are therefore vital. Black Hearts—a book about the brutal rape of an Iraqi girl and murder of her family by US soldiers—is required reading for every West Point cadet and a case study based on it forms the centerpiece of the academy’s capstone officership course. This and other efforts to develop ethical leaders matters in ways Moyn’s book fails to recognize.

The military justice system enshrined in the Uniform Code of Military Justice and upheld by the judge advocate general’s corps in every service is not just a publicity stunt. Rather, the concept of legality in warfighting is integrated in the daily routines of every servicemember. Conducting military operations ethically, morally, and legally is not an afterthought meant to massage the military’s public image. For junior officers who have recently completed their indoctrination training, including the wide range of legal briefings this entails, the implication that for a professional military the law of armed conflict is simply a farce does not align with actual experiences.

Moyn’s book was published last fall, within days of the withdrawal of US and allied forces from Afghanistan. But its analysis ends with the post-9/11 wars and counterterrorism mission, which are presented as an example of a dystopian end state wherein hyper-precise strike warfare against high-value targets has allowed the military to morph into some kind of global police force. This is a worthy discussion, but only part of a complete and current one, which limits its utility. There is no discussion on the impacts on military ethics of the raging debate in security circles on strategic competition, gray zone conflict, or the Thucydides Trap and tensions between the United States and China. While counterterrorism operations, stability operations, and irregular warfare will persist, these are no longer the raison d’etre for the armed services in the way they were for the better part of the previous two decades. Instead, competing in ambiguous situations that sit in the challenging middle ground between armed conflict and peace will require leaders who can confront murky ethical conundrums. Today’s officers can learn from the moral shortcomings that Moyn chronicles, but they must do so while deliberately planning for the challenges ahead.

This is the key for military readers of Humane, especially junior officers who will spend the years and even decades to come confronting new ethical challenges. Exploring whether wars can ever be fought humanely is a worthy endeavor. Tracing efforts to do so—and questioning whether they unintentionally expand the likelihood of war—is equally so. One of Moyn’s central contentions—that technology reduces risks in ways that can prolong wars—is convincing, at least to a degree. The use of unmanned aerial vehicles seems to have finally defeated General William T. Sherman’s adage that “every attempt to make war easy and safe will result in humiliation and disaster.” Strikes by unmanned platforms controlled by aviators sometimes thousands of miles away have virtually eliminated the risk associated with manned aircraft missions, enabling such operations to continue in perpetuity because public resistance to military activity is most often tied to the casualties of American servicemembers. However, members of the military profession cannot reach that conclusion and stop there, but must look forward to future ethical challenges. As drone use proliferates globally, it is possible that this technology will one day be used against American servicemembers, either by an adversarial state or a terrorist group. How do the ethics of unmanned platforms—their development, what weapons they carry, whether artificial intelligence can and should be incorporated into them, and ultimately their employment—change in such a shifting environment?

Technology is an important motif throughout the book, especially its role shaping the laws and ethics of war. The advent of aerial bombardment and nuclear weapons made warfare far more destructive long before it became more precise. This history, which Moyn charts well, should inform ongoing debates over whether autonomous weapons, digital technology, and other emerging advances will pull warfare in the direction of more precision or more destruction.

No domain of warfare is as inadequately covered by the current body of law governing conflict as the domain of cyber. The deniability of cyberattacks allows them to skirt the traditional dichotomy of jus ad bellum and jus in bello. Cyberattacks may be referred to as acts of war in policy discourse, but no cyberattack has escalated into a full-blown war. Meanwhile, many cyberattacks occur in the absence of a state of war, such as last year’s Colonial Pipeline ransomware attack. Attacks like these also blatantly violate noncombatant immunity and often target critical infrastructure or private firms. Cyberattacks can also be perpetrated for a variety of purposes other than mere destruction, such as for espionage, extortion, or terrorism.

At the same time, we have yet to experience the “cyber Pearl Harbor” that would prove that a cyber weapon can be used to inflict casualties on an enemy. Despite the abundance of ink spilled on enshrining cyber norms and the need for a “Digital Geneva Convention,” cyberspace remains an unregulated battleground. While events like the Colonial Pipeline attack prove the possible effects of a coordinated cyber offensive, there are no clear boundaries on how far such a campaign may go before it is considered an overt act of war. At what point will cyberattacks trigger kinetic responses? How much certainty in the hacker’s identity will be needed to justify a response? Will the United States and other major powers accept constraints on their own cyber capabilities to avoid more and more devastating attacks? Is it even possible for these constraints to be enforced and verified? Perhaps both the legal aspects and the ethics of cyberwarfare were beyond the scope of Moyn’s book, but military professionals have no choice but to contend with these issues.

Moyn’s work is a thoroughly researched piece of intellectual history. Junior military professionals should read Humane and will find it useful, but should consider the ways in which the book’s utility is limited. Ultimately, they should take away from it a reinvigorated commitment to confronting head on the arduous ethical and moral dilemmas that a military officer will undoubtedly face throughout his or her career.

Ensign Nicholas Romanow (@nickromanow) is a cryptologic warfare officer in the US Navy stationed in the Washington, DC area. He holds a BA in international relations and global studies from the University of Texas at Austin, where he was also an undergraduate fellow at the Clements Center for National Security.