Dr. Eliot Cohen on Deterrence in an Era of Domestic Political Transformation 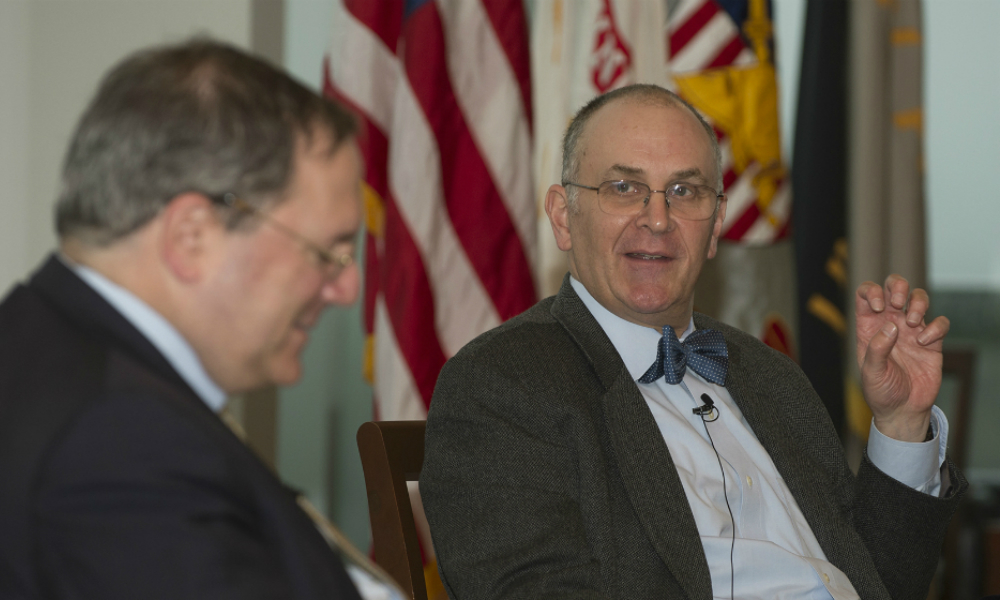 “I think it is entirely possible that we are on the verge of some major geopolitical disruption.”

Those were the words of Dr. Eliot Cohen of Johns Hopkins University’s School of Advanced International Studies, delivered in a keynote speech at the Modern War Institute’s inaugural War Studies Conference. Cohen spoke on the domestic political challenges of deterrence. Speakers and participants at the conference explored the question of whether strategic deterrence—a hallmark of Cold War-era defense policy—was still relevant in a world in which the United States has no immediate peer rival and that is characterized by threats posed by non-state terrorist groups, hackers, and a multitude of so-called small wars. But in addition to these dynamics, the United States is also in the midst of domestic political transformation. How does this impact the usefulness of deterrence as a strategic tool in the modern world? This was the topic on which Cohen spoke in his address and a discussion with the New York Times’ David Sanger.

“A lot of the intellectual of the infrastructure of the Cold War, to include the concept of deterrence . . . is a kind of strategic pixie dust,” Cohen argued. “You sprinkle it over a problem and the problem recedes. And I don’t think its going to work that way [anymore].”

So if today’s domestic political environment means deterrence as we know it is a think of the past, can it be adapted to apply today? And if so, what will it look like? Watch the video of Cohen’s full remarks below.