Drones are Proving to Have a Destabilizing Effect, Which is Why Counter-Drone Systems Should Be a Key Part of US Military Aid to Partners 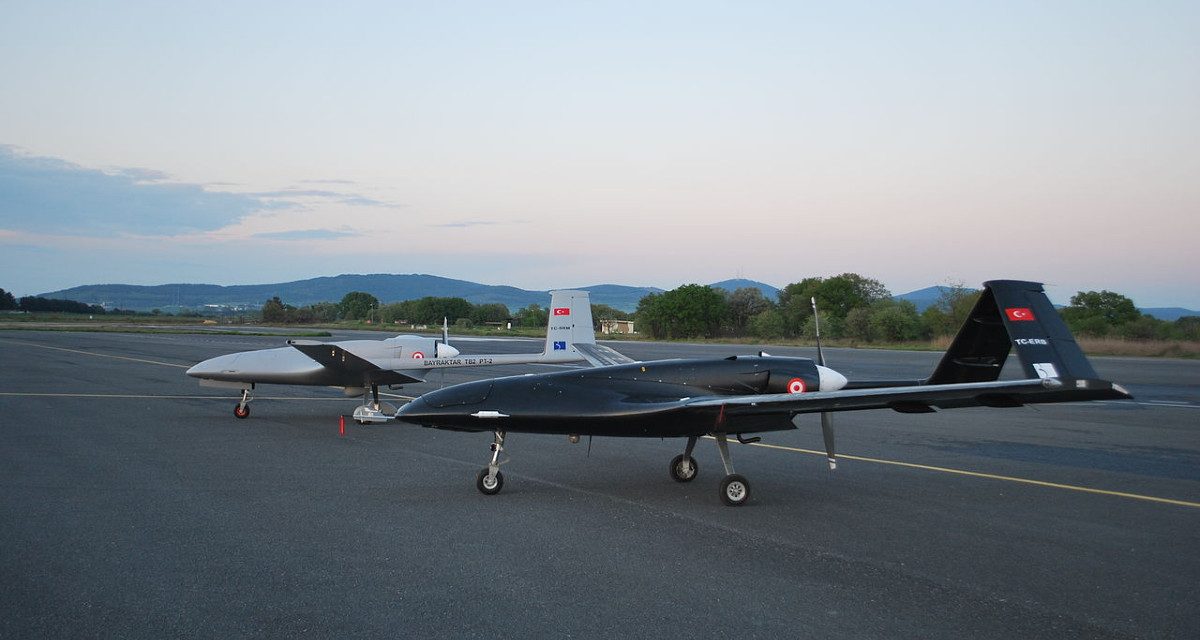 On November 9, the six-week-long outbreak of armed conflict between Azerbaijan and Armenia in their longstanding dispute over the territory of Nagorno-Karabakh ended (or at least paused). Under the peace deal’s terms, Azerbaijan can hold onto seized territory—and in fact by virtually any metric the outcome can only be interpreted as an Azerbaijani victory.

A variety of factors contributed to Azerbaijan’s battlefield success, but the country’s drones were a key part. Azerbaijan reportedly deployed Israeli Harop drones for destroying air defenses, old Soviet biplanes fitted with remote-control systems to absorb air defense fire, Israeli Orbiter-1K loitering munitions, and the Turkish-made Bayraktar TB2 to launch attacks. The TB2 has been particularly successful, contributing significantly to the massive toll suffered by Armenian forces: open-source intelligence estimates placed Armenian losses as of October 23—more than two weeks before the peace deal halted fighting—at 144 tanks, thirty-five infantry fighting vehicles, nineteen armored personnel carriers, and 310 trucks (plus dozens of artillery pieces and air defense systems). By contrast, by that point in the fighting Azerbaijan reportedly lost as few as one TB2, and a small number of loitering munitions. Armenia had little choice but to concede defeat.

The conflict illustrates the effectiveness of drones on the modern battlefield, but also a corollary: the importance of counter-drone systems to defend against them. The United States needs to consider counter-drone systems as part of US military aid to partners and allies. Such systems can help balance the destabilizing effects of drone proliferation.

The Decisive Advantage of Drones

For small and medium states, having drones creates significant advantage over counterparts without them. Smaller states like Armenia and Azerbaijan have relatively unsophisticated air forces, with a limited number of combat aircraft. Drones are a significantly cheaper alternative. Drones offer tactical advantages too. The TB2, and many drones like it, can loiter for up to a day over a target, and often longer than that. The drone can, for example, watch a choke point—perhaps a valley or a mountain pass—for enemy soldiers to pass through, then blow them apart. Potentially any exposed military unit within range is at risk. At the same time, drones are excellent for lifting the fog of war: surveillance drones can be equipped with cameras, infrared sensors, LIDAR (light detection and ranging), and other systems to watch everything happening. Even for larger powers with larger, more advanced air forces, these advantages provide a significant adjunct to manned aircraft.

But the other half of the equation is drone defense. In the Nagorno-Karabakh conflict, Azerbaijan quickly wiped out Armenia’s limited air defenses. Armenia did not appear to possess counter-drone systems; the best Armenian forces could muster, according to photos circulating on Twitter, were improvised decoys (aka mannequins) and relatively unsophisticated anti-aircraft guns. In warfare between great powers, that may not be the case. The United States has devoted significant investment, training, and concept development to countering drones. The Department of Defense’s 2021 budget requested $404 million for research and development and $83 million for procurement. But most states will not have invested so significantly and the need for countermeasures will grow.

The Drone Challenge Will Grow in the Coming Years

Drones are proliferating throughout the globe. Turkey has sold the TB2 to Qatar, Libya, and Ukraine. Earlier in October, Ukraine was reportedly considering buying forty-eight more TB2s. In July, the United States loosened restrictions around the export of drones that fly below eight hundred kilometers per hour, which includes the MQ-9 Reaper used frequently in the war in Afghanistan. The MQ-9 has already been exported or approved for export to France, Italy, the Netherlands (unarmed), Germany (sale canceled), Spain, the United Arab Emirates, and the United Kingdom. Globally, the New America Foundation has identified over three dozen countries with armed drones.

The technology is advancing too. Drones are increasingly operating in large numbers with higher degrees of autonomy. States are working to develop and test drone swarms—drones that communicate with one another to achieve shared objectives. For example, in September, CETC, a state-owned Chinese company, successfully tested a launch vehicle that shoots up to forty-eight drones claimed to be equipped with software that enables some degree of cooperation. At the same time, drones can increasingly be operated with minimal to no human control. The Turkish TB2 reportedly has a fully automatic flight system, and is capable of autonomous taxi and parking. The technology is simple enough that hobbyist drones available for about $1,600 can fly autonomously along predesignated paths, follow targets, and maintain a specified altitude. The combination of autonomy and swarming exacerbates the counter-drone challenge: states have to defend against many more drones and autonomy may render some drone defenses unusable.

Providing counter-drone technology can offset instability created by drones. According to a December 2019 study from the Center for the Study of the Drone at Bard College, 537 counter-drone systems are available on the market. Most counter-drone systems jam the link between the aircraft and its control system on the ground. However, signal jamming assumes the system requires human input—and increasingly, autonomous drones may not. Other systems jam the link between the drone and the satellite with which it communicates, trick the drone with false signals, blind the sensors with lasers, use microwaves to disable the electronic systems, or just gun the drone down. (My personal favorite is drone-hunting eagles. They were neat, but discontinued because they’re not controllable, expensive, and not likely to be useful for big drones. But, I maintain, still cool.) The wide range of options creates a significant challenge for states: Which systems work well and which are the best solutions to the challenges drones pose? An opportunity exists for the United States and the international community to provide that insight and recommended systems to counter current and future threats.

Aid should extend beyond technology to military advice around mitigating the threats drones pose and exploiting their weaknesses. If drones offer an unparalleled eye over the battlefield, an obvious response is to blind the eye. What’s less obvious is how best to blind it. Should states deploy decoys? New camouflage? Advanced lasers? Alternatively, great powers can provide insight into how best to attack the drone systems. Current drones are often controlled by remote pilots operating ground control stations miles away (sometimes thousands of miles). Targeting those systems could impose additional costs in harming the trained operators, and militaries likely have fewer ground control stations than drones. Great powers can help identify and target those systems through sharing satellite imagery, collected intelligence, strategic advice, or specifically designed technologies. (Great powers should also help smaller powers know when targeting ground control systems could create wider risks of conflict escalation: some reports indicate Turkish soldiers might have been operating TB2s being flown against Armenian forces. If true, killing the operators would have risked widening the conflict.)

Drones are almost certain to be an important part of future conflict. The United States and the international community should provide counter-drone systems, training, and advice. The survival of allied states may depend on it.

Zachary Kallenborn is a Research Affiliate of the Unconventional Weapons and Technology Division (UWT) of the National Consortium for the Study of Terrorism and Responses to Terrorism (START), headquartered at the University of Maryland, an official U.S. Army Training and Doctrine Command “Mad Scientist,” and a national / homeland security consultant. His research has been written about in various media outlets including Forbes, Popular Mechanics, the National Interest, MSN, Shephard Media, and Yahoo News!.