On Drones and Tactics: How Unmanned Platforms Will Change the Way the Infantry Fights 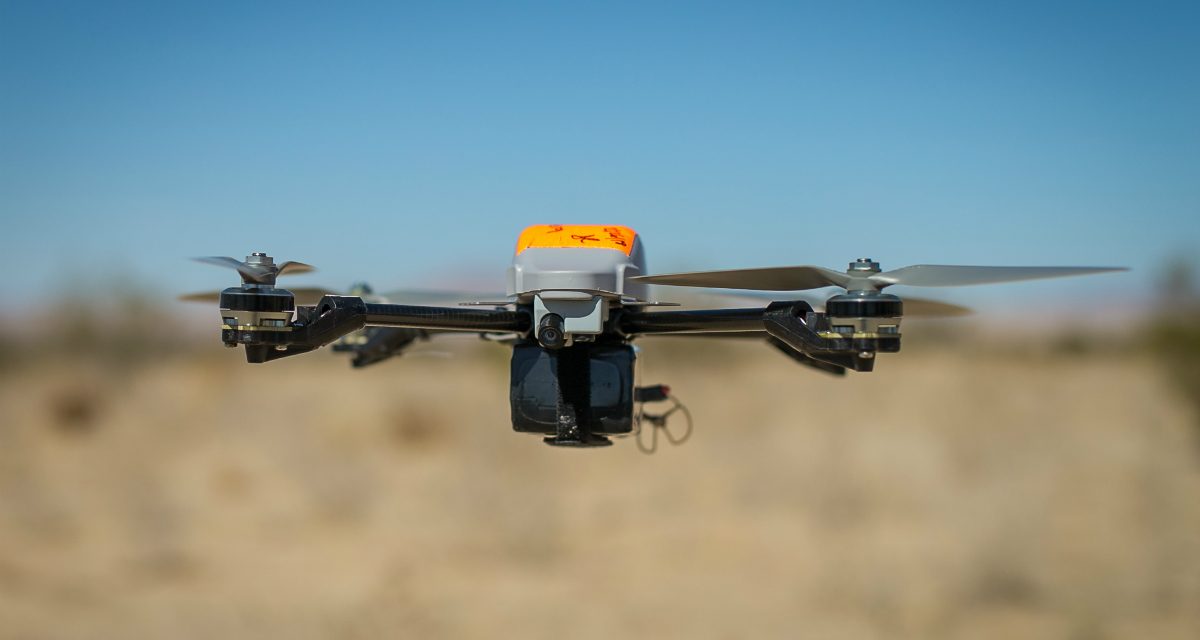 Any infantryman will be familiar with this term. And for good reason. It’s a tried-and-tested feature of successful battlefield tactics. But what does it actually mean? The answer isn’t as clear as one might hope for a doctrinal term. And it invites a follow-on question that is deeply important on the battlefield of tomorrow: What are the most effective methods of suppression?

As an operational term, US doctrine is clear. “Suppression” is listed in DoD’s official dictionary, defined as “temporary or transient degradation by an opposing force of the performance of a weapons system below the level needed to fulfill its mission objectives.” It is commonly understood to be the result of either direct or indirect fire on the enemy—this is reinforced in MCRP 3-10A.4, Marine Rifle Squad. However the Army’s analogous manual, ATP 3-21.8, Infantry Platoon and Squad does not specify a method, implying that there can be other means of suppression. “A platoon or squad has suppressed an enemy when the enemy cannot prevent our forces from accomplishing their mission,” it says. “It is a temporary measure.” MCTP 3-01A, Scouting and Patrolling actually does offers an alternative method, suggesting that riot control agents can be used to suppress: “Fire support agencies can be utilized to suppress targets; riot control agents, can be employed to disrupt enemy movement.”

Recent non–live fire, force-on-force exercises in Camp Pendleton, California showed that a new tool might be uniquely suited to suppressing enemy targets: small unmanned aerial systems (SUAS). Under specific conditions, SUAS are capable of effective suppression without the need to employ any other weapons systems. Given that suppression is a critical task infantry units must be capable of conducting, we have a professional obligation to explore the possibility of suppression by alternate means.

Consider the scenario encountered in the field exercise at Camp Pendleton:

You are on patrol with a squad-sized element. You hear the buzz of SUAS overhead. Your immediate action drill is to seek the nearest cover and hold still while you radio higher to confirm whether the SUAS is friendly or hostile. While waiting for a response you stay as still as possible to avoid being noticed by the SUAS. Higher confirms that the SUAS is hostile and you know from the operations order that the enemy has the capability to call for fire based on real-time SUAS feed. Without confirmation that you have been spotted your best option is to hold firm, and hope the SUAS moves elsewhere. If you unmask your squad you will increase the likelihood you are spotted and you cannot outrun the SUAS.

This squad is unable to continue its patrol, change formations, or even organize an effective defense because any potential unmasking of the squad’s Marines might expose them to detection by the SUAS and indirect fire. The squad is unable to employ its weapons systems without uncovering itself, so has no way of neutralizing or destroying the SUAS. The Marines can only wait until it leaves the area. The squad suppressed.

To be sure, SUAS suppression is only possible under specific conditions. What are they?

These five conditions are specific, but certainly not so specific as to make SUAS suppression a niche capability. It is also clear, from the last condition, that SUAS suppression would be insufficient to support an assault alone. We know that drone-based targeting and drone-launched munitions are already established capabilities and have been repeatedly employed in Ukraine and the Middle East. The Marine Corps has already taken steps to acquire the new Switchblade loitering munition produced by AreoViroment. To date, the United States has employed drone-launched munitions in roles where the targets were almost certainly unaware that they were being targeted. The intent was lethal and precise strikes on unwitting targets. But what would the potential be for lethal drones that loitered over the target for as long as possible? Consider the same scenario again but with SUAS capable of dropping 40-millimeter grenades.

You are on patrol with a squad-sized element. You hear the buzz of SUAS overhead. Your immediate action drill is to seek the nearest cover and hold still while you radio higher to confirm whether the SUAS is friendly or hostile. While waiting for a response you stay as still as possible to avoid being noticed by the SUAS. Higher confirms that the SUAS is hostile and you know from the operations order that the enemy has the capability drop 40-millimeter grenades from SUAS with one-meter precision. The SUAS circles your position, and you believe it has spotted your patrol but you do not think it has spotted each individual. You cannot move because you might further expose yourself. You have to wait for the SUAS to choose a target and expend his munition or leave the area.

Again, the squad is suppressed. Imagine the psychological impact of a unit that knows with reasonable certainty it has been spotted, but individuals may remain masked. Everyone is hoping not to be the unlucky one when the batteries of the SUAS run down and the operator chooses a target. The effect is not unlike that of an unidentified sniper pinning down a patrol. The patrol does not have a way to strike back, and the individual Marines cannot know what the sniper can see. They have to wait, without any certainty that they are covered or concealed.

There is also a strong historical and tactical precedent for suppression from the air. Flybys of close air support aircraft have been used to suppress—as well as for similar tactical tasks like fix and disrupt—since the development of close air support doctrine. Notably, during the Korean War, Marine aviation frequently used daytime flyovers in addition to or in conjunction with kinetic actions to suppress Chinese and Korean forces. Significantly, the threat of close air support was enough to force many enemy formations to restrict all operations to hours of darkness. Much more recently in Iraq and Afghanistan, both jet and helicopter pilots have used flyovers as a technique to disrupt insurgent attacks and ambushes without using bombs, rockets, or guns. Unarmed C-130 aircraft have been flown in patterns that mimic AC-130 gunships in overwatch, which are indistinguishable at 10,000 feet. Often the presence of aircraft on the battlefield alone was enough to disrupt and deter attacks even before any ordnance was delivered.

Knowing that SUAS will provoke a specific reaction in an enemy force means SUAS can be used deliberately to trigger that reaction. At this time it appears that the most reasonable reaction to SUAS overhead is to go to ground, which prevents a unit from employing its weapon systems or fulfilling its assigned mission. It follows that SUAS, under the right condition set, can be employed to suppress, disrupt, and fix small enemy units. It is also important to note that SUAS suppression would be most effective when employed in addition to direct or indirect fire suppression. Employment in this manner gives a small unit leader a valuable non-kinetic option for fixing, disrupting, or suppressing an enemy unit.

We can be virtually certain, by this point, that UAS and SUAS will pervade the future battlefield. Non-kinetic suppression by aircraft is not a novel tactic, but the task can be done with unmanned aerial systems as well as manned aircraft. And the proliferation of these systems, particularly unarmed variants that are cheap and commercially available, makes them ideal for employment in this way. We can also see the value of using a mix of SUAS systems that have lethal and non-lethal capabilities to complement each other. We need to make sure that we can pair emerging technologies like these with effective and lethal employment. Only then can we create decisive capability on the battlefield.

1st Lt. Walker Mills is an Infantry Officer in the United States Marine Corps. He is currently a student at the Defense Language Institute in Monterey, California.