The Most Effective Weapon on the Modern Battlefield is Concrete 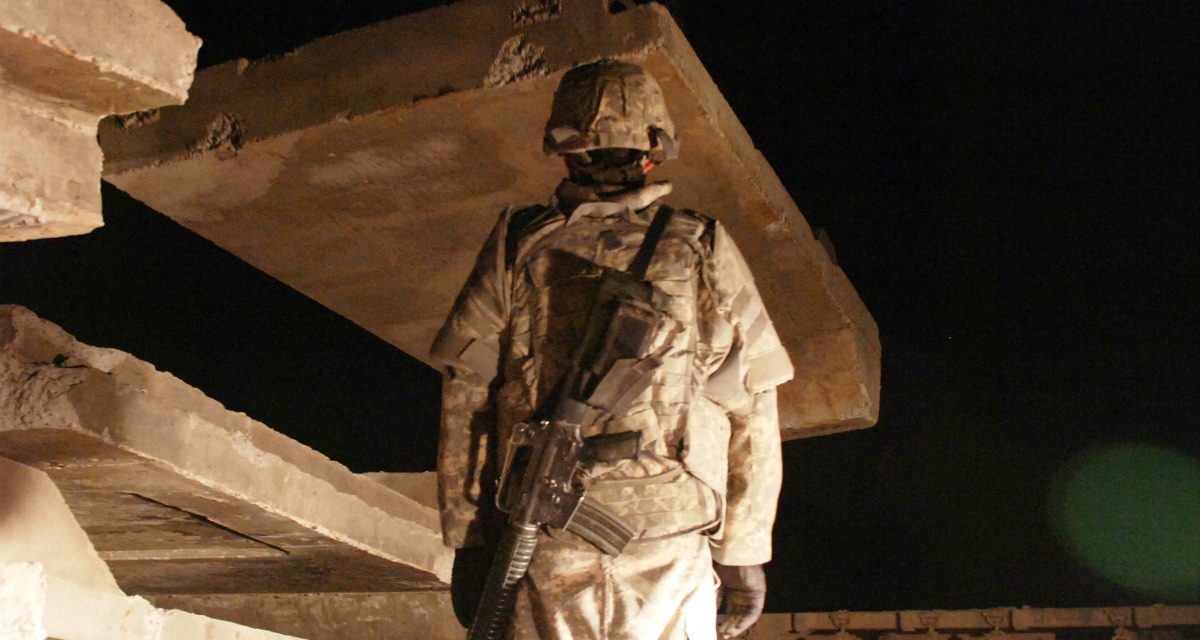 Ask any Iraq War veteran about Jersey, Alaska, Texas, and Colorado and you will be surprised to get stories not about states, but about concrete barriers. Many soldiers deployed to Iraq became experts in concrete during their combat tours. Concrete is as symbolic to their deployments as the weapons they carried. No other weapon or technology has done more to contribute to achieving strategic goals of providing security, protecting populations, establishing stability, and eliminating terrorist threats. This was most evident in the complex urban terrain of Baghdad, Iraq. Increasing urbanization and its consequent influence on global patterns of conflict mean that the US military is almost certain to be fighting in cities again in our future wars. Military planners would be derelict in their duty if they allowed the hard-won lessons about concrete learned on Baghdad’s streets to be forgotten. 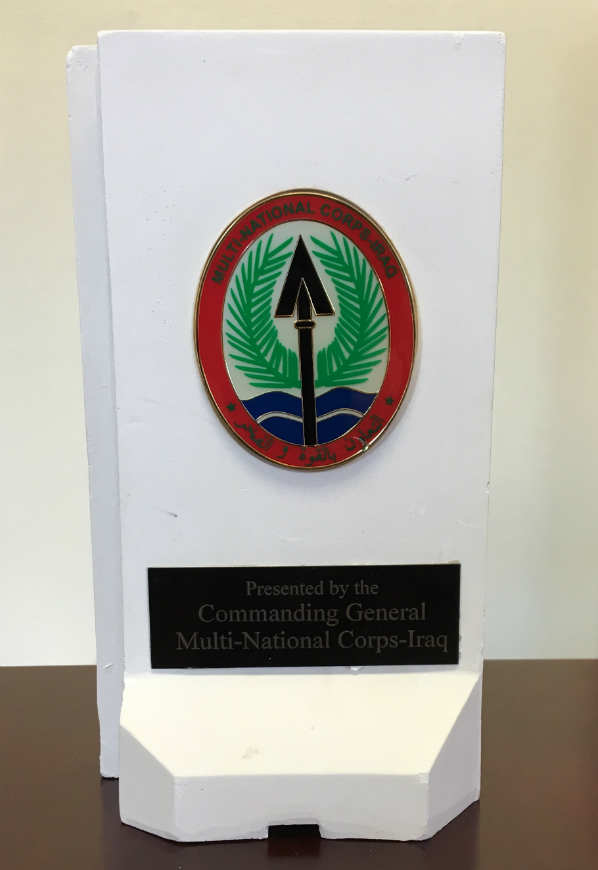 When I deployed to Iraq as an infantry soldier in 2008 I never imagined I would become a pseudo-expert in concrete. But that is what happened—from small concrete barriers used for traffic control points to giant ones to protect against deadly threats like improvised explosive devices (IEDs) and indirect fire from rockets and mortars. Miniature concrete barriers were given out by senior leaders as gifts to represent entire tours. By the end my deployment, I could tell you how much each concrete barrier weighed. How much each barrier cost. What crane was needed to lift different types. How many could be emplaced in a single night. How many could be moved with a military vehicle before its hydraulics failed.

One of the first uses for concrete on the battlefield was in response to growing numbers of IEDs. As early as 2004, the major tactical and technical focus in Iraq was oriented at stopping these roadside bombs. One of the primary tactics used to fight the IED threat was to line every major road with twelve-foot-tall concrete T-walls. Soldiers spent days, weeks, and months lining first every major highway and then other, smaller roads with concrete barriers. At over $600 a barrier, the cost of concrete during the eight years of the Iraq War was billions of dollars. 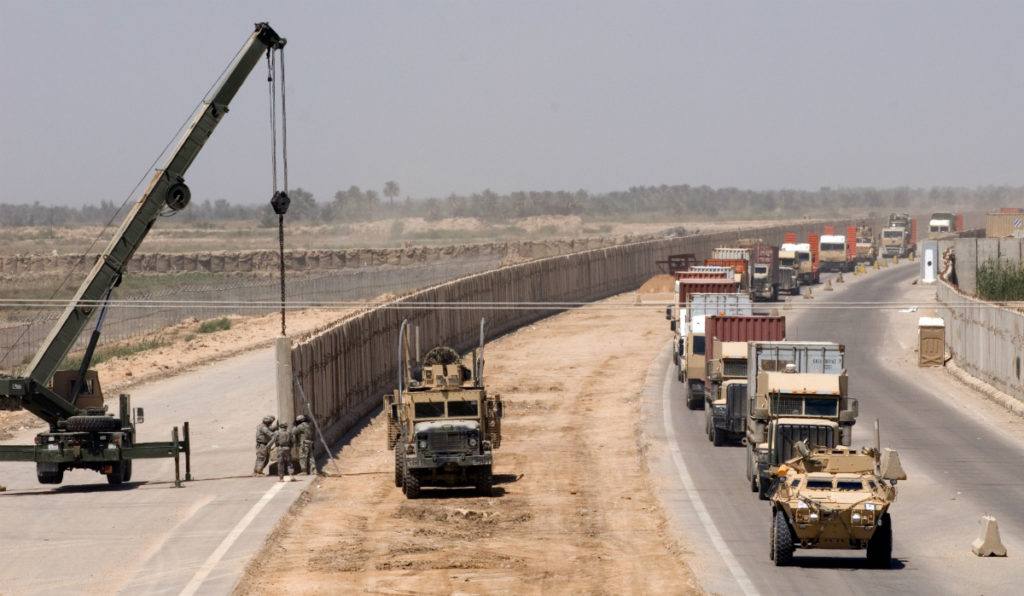 To be sure, concrete walls did not eliminate the IED threat. As with any protective obstacle, they should have been under direct observation, which was not always feasible. Consequently, the enemy adapted by placing IEDs in or on top of barriers. They also used advanced forms of IEDs from foreign sources—explosively formed penetrators, many of which US military officials believe originated in Iran—that could penetrate any concrete wall. This allowed IEDs to be placed on the opposite, non-road side of barriers. But the concrete walls did take away the ease of access for enemy forces to emplace IEDs, degrade the lethality of their homemade devices, and forced them towards specialized materials that could be interdicted at checkpoints—which themselves were most effective when concrete walls were used to canalize traffic to them. They also took away the ability of insurgents to freely transit Baghdad with large, vehicle-borne IEDs, which created mass casualties and threatened the authority of the Iraqi government.

IEDs were not the only major threat to American forces. Shortly after the 2003 invasion of Iraq, US forces also began to come under direct attack by mortars and rockets in their outposts and bases. These attacks became even more dangerous when US forces moved out of large bases and into smaller outposts deep in cities and among the populations, where the ability to maintain safe standoff distances or retaliate to indirect fire was difficult for fear of causing civilian casualties. Again, the solution was concrete. Slabs were placed to form not only the walls of compounds, but also walls around and bunkers between every structure within them. This significantly reduced the effects of any enemy incoming fire. 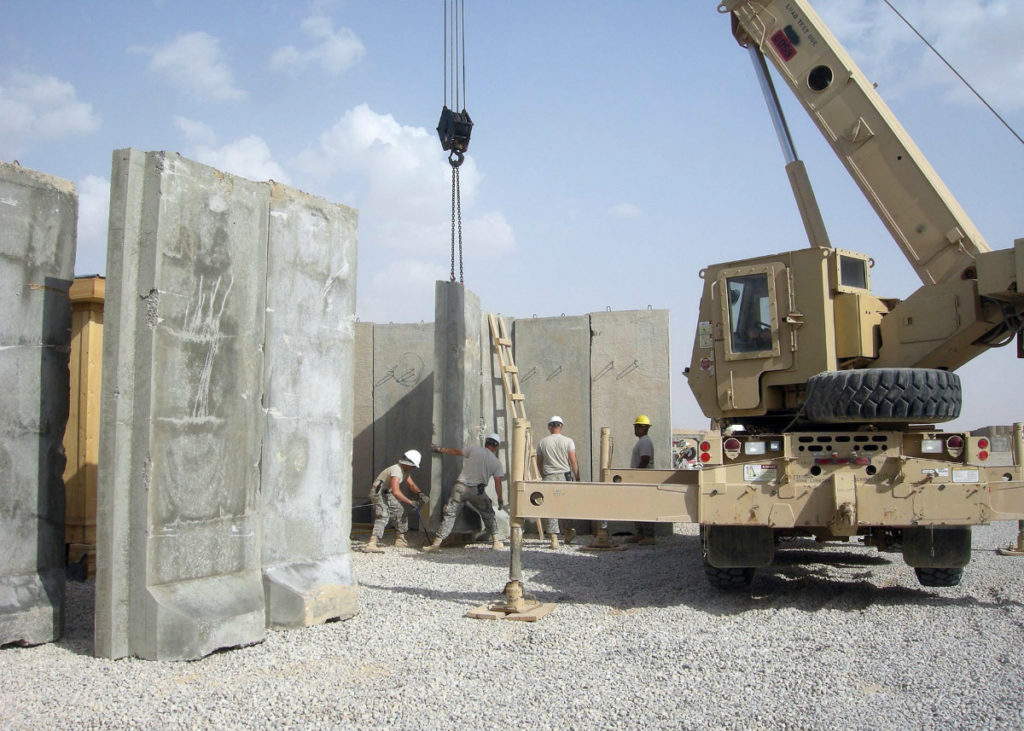 Concrete also gave soldiers freedom of maneuver in urban environments. In the early years of the war, US forces searched for suitable spaces in which to live. Commanders looked for abandoned factories, government buildings, and in some situations, schools. Existing structures surrounded by walled compounds of some type were selected because there was little in the environment to use for protection—such as dirt to fill sandbags, earthworks, and existing obstacles. As their skills in employing concrete advanced, soldiers could occupy any open ground and within weeks have a large walled compound with hardened guard towers.

The demand for concrete was immense. New contracts had to be developed and concrete factories had to be found, built, and expanded in multiple places across Iraq. Getting concrete became as important a mission as emplacing it.

A major component to the well-known Iraq surge of 2007 in response to rising sectarian violence was the mission to clear and secure the neighborhoods of Baghdad. US forces found concrete to be their most effective weapon to reduce violence and protect the local population. They used concrete to reduce the complexity of the environment. They walled in neighborhoods and placed either Iraqi security forces or local members of the Sons of Iraq (SOI), a volunteer, armed neighborhood watch, on checkpoints at the limited entries into what were effectively new, smaller, cities or neighborhoods within the larger environment. The checkpoint guards of these closed neighborhoods searched vehicles, questioned outsiders, and reacted to any trouble near their posts. This reduced the ability of insurgent forces to create mass-casualty events with IEDs and disrupted their ability to move freely or resupply forces. Walling off troubled neighborhoods became the daily mission. One brigade emplaced over 30 miles of twelve-foot-tall concrete T-wall barriers to create what they dubbed “safe communities.”

This was not a new concept. British forces used blockhouses to interdict Boer forces in the Second Boer War. During the 1950s, they successfully used fortified villages in Malaya to separate the population from communist insurgents. French forces during the Battle of Algiers cordoned off the entire Casbah and its 100,000 inhabitants to fight National Liberation Front (FLN) terrorists. In modern warfare, concrete has allowed for a new level of effectiveness in this old concept.

In March 2008, in what would later be called the Battle for Sadr City, coalition forces weaponized concrete. Shiite cleric Moqtada al-Sadr had ended a standing ceasefire in response to the government of Iraq’s offensive in the southern, mainly Shiite city of Basra, and set in motion large-scale attacks by loyal members of Jaish al-Mahdi (JAM), the Sadrists’ armed militia, against coalition and Iraqi forces across Baghdad. Their attacks included overrunning Iraqi security forces’ checkpoints, infesting Baghdad’s roads with IEDs, and launching 107-mm rockets and mortar fire at targets in Baghdad, including the International Zone (aka the Green Zone).

The keys to the enemy’s operation were their resources and support within Sadr City. This Shiite enclave is over thirteen square miles in size and, at the time of the battle, was estimated to have over two million residents. Coalition forces had previously conducted successful raids against JAM leadership in Sadr City. But any element that went into Sadr City had only a few minutes to get in and out before JAM forces were able to swarm like killer bees on the intruders. Finally, after an October 2007 air strike that killed a number of civilians, the Iraqi prime minister placed Sadr City off limits to US forces. This entire sector of Baghdad was a safe haven for enemy forces from which to launch attacks, and a no-go area without express permission from the highest command levels.

In response to the situation, the US forces basically engaged in siege warfare. But atypical to historic examples, instead of attacking to break through fortified wall, they imposed the siege on the enemy by building walls. Reminiscent of a medieval siege engine, each night US forces drove up to the limits off Sadr City with massive cranes and trucks loaded with twelve-foot-tall T-walls. On a good night, soldiers could emplace over 122 barriers. Enemy forces attacked the soldiers putting in the walls and it was not uncommon to be hanging concrete while attack helicopters, tanks, and Bradley Infantry Fighting Vehicles returned fire. 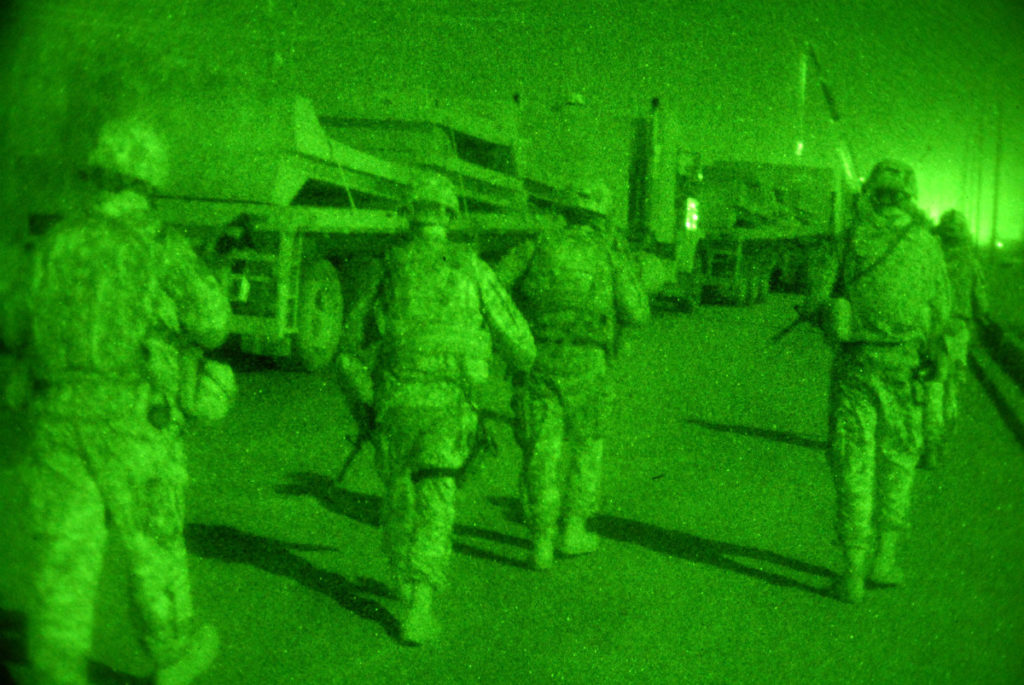 Within thirty days, soldiers emplaced over 3,000 T-wall sections to create a three-mile wall that interconnected with previously emplaced walls and ultimately completed the encirclement of Sadr City. The wall successfully restricted the ability of JAM to move supplies and conduct attacks outside the now-enclosed enclave, took away critical firing points outside the wall from which the International Zone was within range of their rockets and mortars, and created checkpoints were known terrorists could be separated from the population. Iraqi security forces and US soldiers did enter the city to clear major sections, but the wall allowed them to reduce external attacks and conduct operations at their initiative.

Many in the military are thinking about future warfare in complex urban terrain, to include operations in megacities with populations over 10 million. The US Army spent eight years fighting in the complex terrain of Baghdad. Concrete contributed to reducing the complexity of the urban environment, served as a major tool in establishing stability, and functioned as a powerful weapon against enemies using safe havens within the city.

What lessons about concrete should inform future operations? Should the military incorporate concrete into its plans for contingencies in urban terrain? Should it equip Army combat formations with better cranes among its organic equipment? Should the Army pre-position concrete? Where will concrete come from around critical cities? Should research and development be conducted on advanced hydraulic systems or technology that lifts six-ton barriers so that a soldiers can push them into place by hand? I say yes to all the above. But at a minimum, these are questions that military planners should be asking. Concrete might not be sexy, but it is the most effective weapon on the modern battlefield.