Emailing Your Military Career into the Dumpster: A How-Not-To Guide 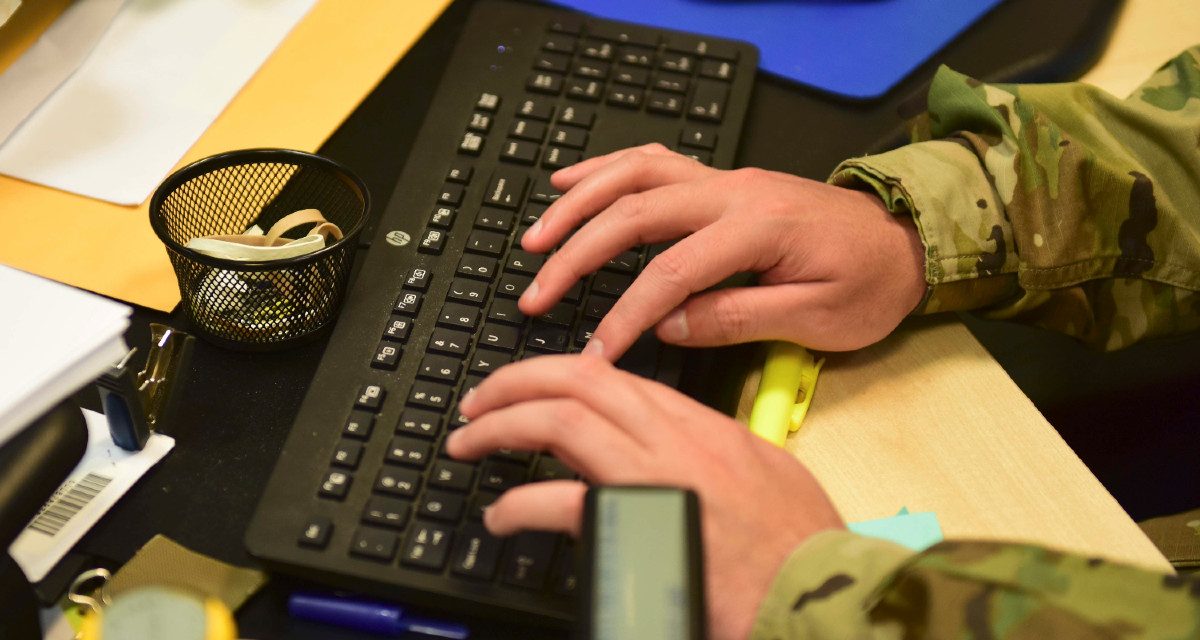 For better or worse, email is as much a part of modern military operations as Humvees and rifles. And just like every servicemember needs to understand an M-4’s maximum effective range and how to disassemble and clean it, anyone who wears a uniform needs to also understand the potential impacts of hitting the send button.

Many careers sink because an email torpedo made a circle run into its sender. The latest evidence is the case of US Navy Capt. Brett Crozier. While in command of the USS Theodore Roosevelt, Capt. Crozier proposed mostly evacuating the ship after a large number of sailors tested positive for COVID-19—an important change that would degrade the combat readiness of his ship. He put his proposal in four pages of unsecure email and blasted it to as many as thirty recipients. To no one’s surprise, his email leaked to the press. Relief from command quickly followed.

Email does not keep secrets. Once in electrons, no message is absolutely confidential, even in a secured network. Don’t be “that guy” who leaked. Deliver confidential or sensitive messages in person or by phone whenever possible because the most effective communication includes voice inflection and body language. Video calls are helpful, as millions of employees now working from home are discovering.

The Wikileaks scandal about hacked and released emails and texts shows that even seasoned top officials will often trade security for convenience or complacency. They blame the subsequent damage on the hacker instead of their own carelessness.

Cases like these should be treated as sources of lessons for servicemembers who send emails in the course of their professional duties. Specifically:

Maintain professionalism and executive presence in your messages. No sardonic humor. Irony sounds different when read aloud by a congressional investigator than how you heard it in your mind. Too many people—including government officials and captains of industry—do not ask themselves, apparently, “If made public, would this message or photo ruin my life?” The recipient of compromising messages has a weapon of almost total control over the sender.

Speak only for yourself. Years ago, during an operation, my fellow headquarters staffer was unhappy with General Order Number 1. So, he wrote a proposed change in policy in the form of an order for the commander to sign, complete with the general’s signature block, and emailed it to a long distribution list with the subject line “This is what the general should do.” It was immediately read and forwarded to others as an actual change in policy. Confusion ensued, and the staffer was disciplined.

Know who is your recipient. A request for information from an unknown person is not an order to reply. Find out who it is, and if you are authorized to respond. Don’t be intimidated by titles or ranks, except your boss’s.

Don’t forward long strings because there may be dynamite concealed within. One of my headquarters staffers was planning a social event and asked another staffer via email if we should invite that old coot retired General X? The email went from person to person until the entire message string went to General X, who testily answered that the old coot would attend.

Protect the privacy and trust of others. When acknowledging or forwarding, delete any part of the original message that is unnecessary, especially sensitive information, even if responding to its sender. Delete addresses included in strings and use Bcc for group distribution if the distribution list is not germane to the process.

The more emotional the message, the slower should be its medium. Long emails written by angry or tired or hurried senders have ended or injured careers. Not even Shakespeare is uniformly interpreted by everyone, so don’t trust your own writing talent to accurately convey your message. Stick to only data and use short declarative sentences. Offer no opinions unless your “so what” is expected, because unsolicited opinions may be confused with fact. Have someone give your important messages a “sanity check” and delay sending as long as possible. No rank is too high to not be “smoked” by some authority for blasting out poorly crafted or compromising messages.

Messages to superiors should be short and rare if to be taken seriously. Message strings forwarded to the boss must start with a BLUF (Bottom Line Up Front) that summarizes the content and why it is important to the boss. Beetle Baily’s General Halftrack tosses Lt. Fuzz’s many long unsolicited reports in the trash upon arrival. The comedy is in readers’ common knowledge that busy executives ignore frequent, pointless, and dense messages from nimrods.

Be a professional and avoid “own goals.” Don’t cocoon inside your cubicle with your computer and think that information passed along is your only product. Make things happen. Get out of your chair and engage face to face, or pick up your phone.

Only when those mediums fail, very carefully craft an electronic message. And keep these lessons in mind.

Maj. Gen. Michael Symanski (US Army retired) commanded at all levels through two-stars, and served in the Department of the Army G-3/5/7. After retirement, he was a senior mentor to the Afghan Ministry of Defense. He has an MA in history from the University of Illinois.