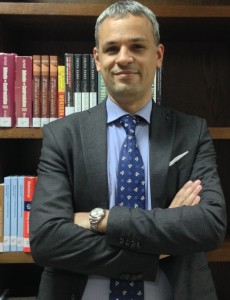 Emmanuel Karagiannis is a Senior Lecturer (British equivalent of Associate Professor) at the Department of Defence Studies of King’s College London. He is also a Research Affiliate of the University of Maryland’s National Consortium for the Study of Terrorism and Responses to Terrorism. He has taught in universities in Great Britain, Bulgaria, Kazakhstan, Greece, Italy, Cyprus, Spain, and Russia. He was educated in the United Kingdom (Hull University, Reading, London South Bank) and the United States (University of Pennsylvania). He held research positions in prestigious US universities (Yale University, Columbia University, Princeton University). He is member of editorial boards of scientific journals, member of various professional organizations in the USA and Europe, and a frequent commentator on security issues for international media outlets. He is the author of Political Islam in Central Asia (Routledge, 2010) and Energy and Security in the Caucasus (Routledge, 2002). His articles have appeared, among others, in Studies in Conflict and Terrorism, Terrorism and Political Violence, Journal of Southeast European and Black Sea Studies, Middle East Quarterly, Small Wars and Insurgencies,  Contemporary Security Policy, , Asian Security, European Security, Dynamics of Asymmetric Conflict, Mediterranean Politics, Mediterranean Quarterly, Harvard Asia Quarterly, Europe-Asia Studies, Nationalities Papers, Central Asian Survey, Nationalism and Ethnic Politics, Journal of Balkans and Near Eastern Studies, and Brown Journal of World Affairs. Emmanuel has lived and worked for extensive periods in the former Soviet Union, the Balkans and the Middle East.