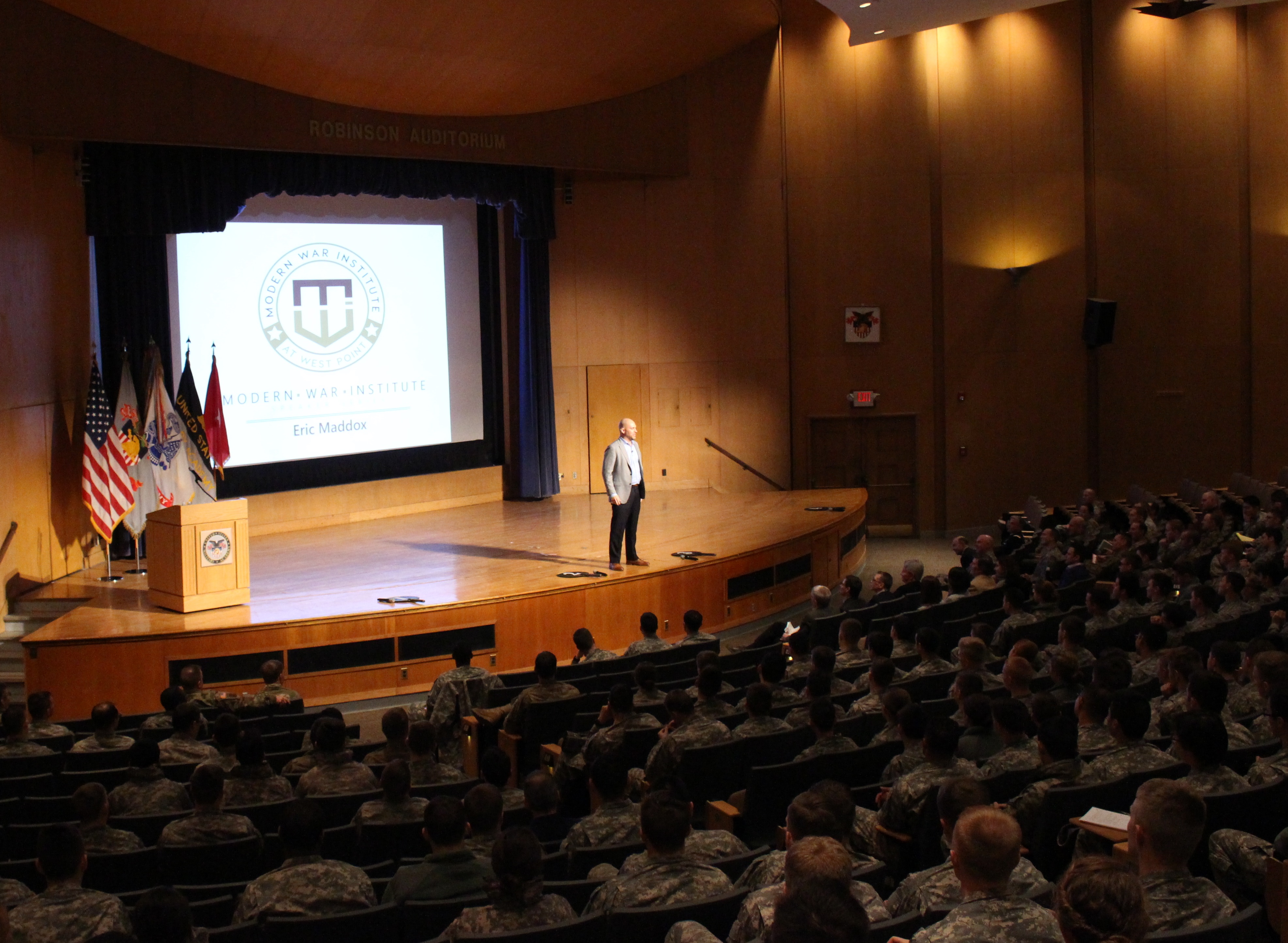 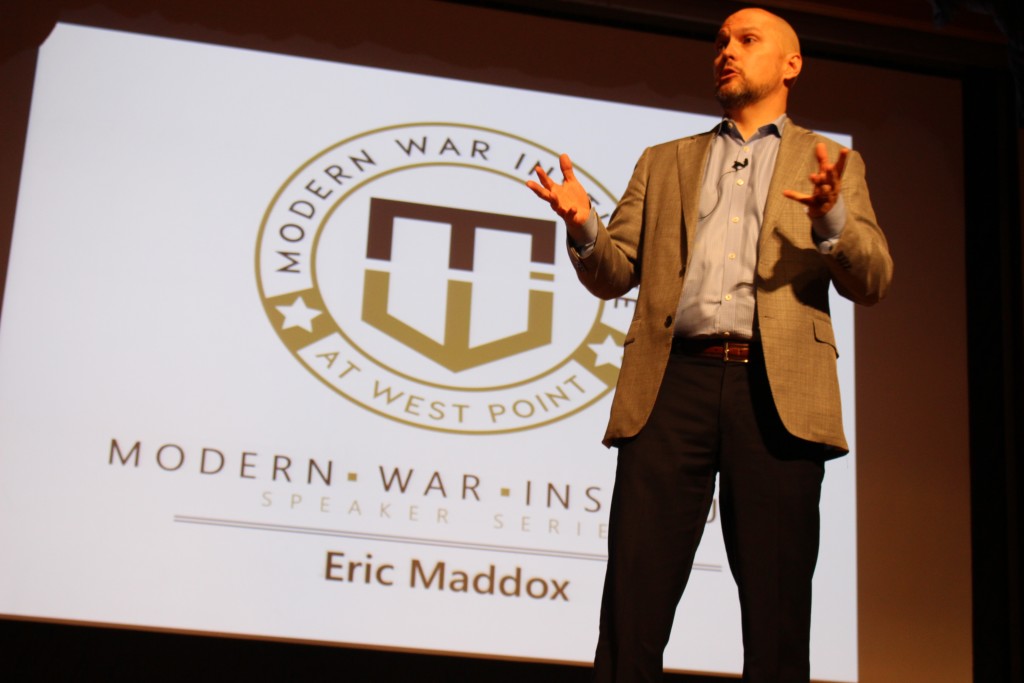 When Staff Sargent Eric Maddox arrived in Iraq in 2003 he had never carried out an interrogation. He was trained as a Chinese-Mandarin linguist. But he worked with DELTA Force team in Tikrit to interrogate prisoners in an effort to find the high-value targets of the deck of cards – the ace of Spades of whom was Saddam Hussein. Maddox spoke to about 700 cadets in Robinson Auditorium on 20 JAN and relayed his experience as an Army interrogator. He carried out over 200 interrogations over a span of three months when Saddam was on the run and the insurgency was in its infancy.

He interviewed Saddam’s cook, his bodyguard’s son, fishermen in Tikrit – yet all of his leads turned up empty until he finally was able to make Saddam’s bodyguard, Mohammad Ibrahim, break. It was the last day of his rotation and he would give his superior the coordinates of a farmhouse in Tikrit before flying to Doha for his debrief. He heard the next day that U.S. forces had captured the Ace of Spades.

Maddox’s larger message is that cadets will face challenges for which there will not be any playbook or spelled-out special operating procedures. Maddox created a method of interrogation that relied on a link diagram of literally thousands of suspected Iraqi insurgents and that through countless painstaking interviews with prisoners allowed him to secure the one piece of intelligence – in this case, Saddam’s bodyguard who was mobilizing the insurgency – that led him to the gutter in Tikrit that doubled as Saddam’s bunker.

“The challenge of good interrogators is to realize your job is not to punish a prisoner for their acts,” he said. “Your job is to help your commander get information to make better decisions.”

Maddox’s lesson reinforces the fact that information – especially human intelligence – is critical to winning counterinsurgencies in complex environments. It also is one that stresses the importance of critical thinking on one’s feet.