Eurasianism, History, and the Narrative Space: Why Russian Information Operations are So Effective 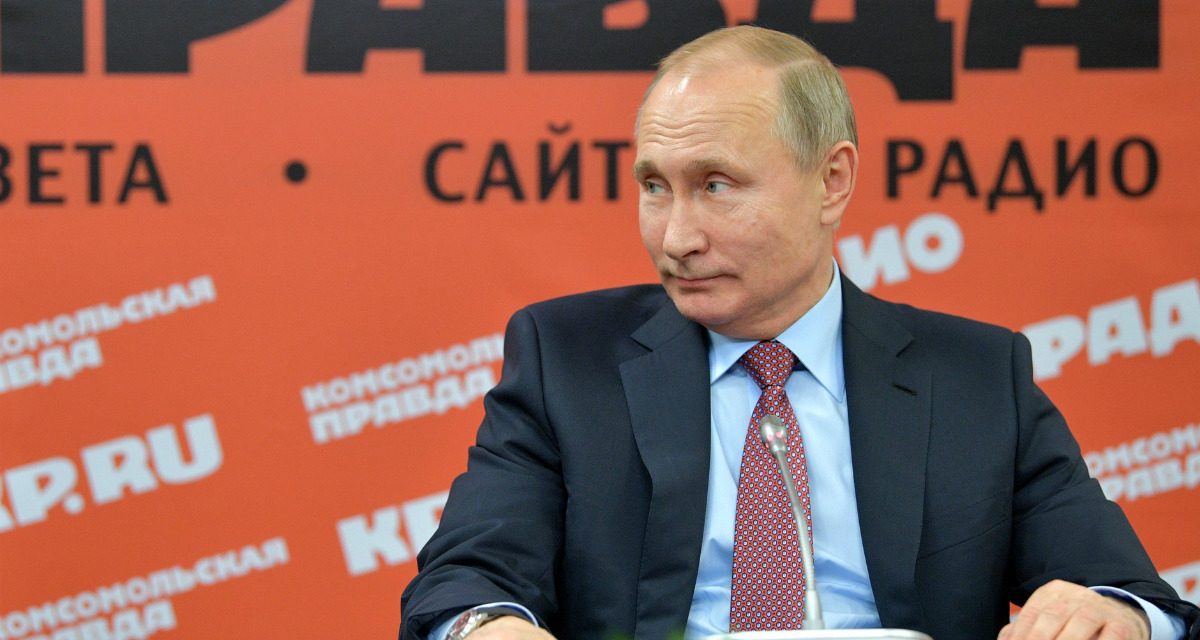 Anyone aware of Russia’s history likely knew that Vladimir Putin would not sit idly by while Ukraine—“eternally Russian land”—further aligned with NATO. As many commentators have pointed out in the past, the situation in Ukraine and Crimea is a complex, multi-faceted problem set; however, much of its origins are rooted in history. The Russian government has been conscious of the region’s history, and that plays a large role in what it defines as Russia’s sphere of influence—and more importantly, it is an indicator of where the Kremlin would facilitate resistance to Western democratization, such as in Ukraine. Today, this has been conceptualized by the Russian military as “Eurasianism.” What is unique, however, has been how the Russian government has come to utilize history to effectively craft and propagate a narrative.

As a concept, Eurasianism views Eastern Europe a part of Russia itself, and posits that Europe is inconceivable without Russia; but the history of Russian claims to the land in Ukraine reaches back into the Middle Ages. When looking at the contemporary Russian political and military concept of Eurasianism, it should come as no coincidence that the map of the political concept overlays the map of the medieval Kievan Rus’ federation, which encompassed Belarus and western Ukraine—hence the label “eternally Russian land” often applied by academics. From this Kievan Rus’ title, we get the Latin version Russia.

Since the fall of the Soviet Union, the direction former Soviet Bloc states took—either continuing to lean towards Russian influence or inclining more towards the West—correlated to some extent with the retention or decline of Russian speakers, the official language of the Soviet Union. According to the Ukrainian census, the number of native Russian speakers decreased from 32.8 percent to 29.6 percent between 1989 and 2001, while the percentage of Ukrainian speakers had risen. Based on history, it should have been no surprise Russia was alarmed as Ukraine began to lean more on its own national identity and language, and continually embrace NATO; historically Russia would view this as a decline in its influence, identity, and security.

The continuum of history between Ukraine and Russia has been long, and sensitivity to the real, or perceived, expansion of powers on the border is nothing new to the Russians. It was Catherine the Great who now famously said, “I have no way to defend my borders but to extend them.” Under Catherine the Great, the Russian borders expanded greatly—with the annexation of Crimea in 1783 and incursions into Ukraine ten years later. Even some hundred years later, the Russian presence in Ukraine was palpable, with the Tsarist government enacting a policy of “russification” of the borderlands. According to historian Theodore R. Weeks, the Tsarist government enacted the policy to stave off the effect of nationalism in borderlands and prevent a resurgence of the Polish-Lithuanian Commonwealth (which included Ukraine) because it was seen as “a direct threat to the stability and integrity of the Russian empire.” Weeks also goes on to explain that there was “a general feeling that Russia’s interests would be best defended if the borderlands were themselves more Russian in character.” Today, this feeling seems to persist.

Even in the late 1990s, Ukraine was already becoming a cause of concern for the Russian general staff. Lieutenant-General Nikolai Klokotov, head of the strategy department at the Russian Military Academy of the General Staff, saw the periods of the greatest peace in Europe’s history as times when there was a Russo-German alliance. “The alliance of Russia and Germany solves the problem of geopolitical confrontation, but the alliance of Ukraine and Germany cannot solve it,” Klokotov was quoted as saying.

Lieutenant-General Klokotov is a large proponent of the concept of Eurasianism and is rumored to have helped Aleksandr Dugin, an academic whose influence on the Russian general officers’ corps is significant, write a book about the subject—which is now required reading for students at the Russian Military Academy of the General Staff. The concept of Eurasianism and the creation of Eurasian Economic Union have been among the Kremlin’s largest political goals, with Vladimir Putin himself even authoring articles on the subject. In a 2011 analysis of one of those articles, a Russian political scientist wrote that the Eurasian Economic Union is not possible without Ukraine:

This is well understood both in Moscow and in Europe. The West tried to tear Ukraine away from Russia by all truths and falsities: the Orange Revolution, the accelerated admission of Ukraine to the WTO, was aimed at this. The main task was the cultural branch of Ukraine from Russia. . . . For example, the creation in Ukraine of their own holidays. . . . The accession of Ukraine [to the Eurasian Union], as well as of any other country, will only contribute to a serious strengthening of the Eurasian Union.

The author further goes on to say that Western meddling in Ukraine is an attempt to “destroy Russian self-identification.” Putin’s original 2011 article and the response from the political scientist were published on the website of Putin’s ruling Russia United party.

This concept of Eurasianism continually views the region in a historical context, making an argument that that because of their past experiences together they have a “shared destiny.” In a recent speech, Russian Foreign Minister Sergey Lavrov said that Ukraine has “become a victim of highly dangerous geopolitical maneuvering. Those that came to power as a result of the coup are trying to drive a wedge between our two fraternal nations. An open battle is being conducted against the Russian language.” From the Kievan Rus’ federation to Catherine the Great, through the 1800s and to today’s Putin era, Ukraine has remained a core issue for Russian security, and understanding how the Russians view the present time—simply as an extension of this continuum of history—is imperative in order to accurately assess Russian objectives and formulate an effective counter.

The linkage to history is an understudied—but disproportionately important—element of Russia’s effectiveness at information operations and “hybrid warfare.” It has allowed Russia to deliver an effective narrative in the region, and underpins a recent Russian effort across the region, “aimed at improving cooperation in the foreign dissemination of information to draw attention to Russian history . . . and to promote achievements in military history research, inspire patriotism and preserve Russia’s military history heritage in other countries.” In Ukraine specifically, on top of comments referring to the fraternal connection between Russian and Ukraine, statements from the Russian Ministry of Foreign Affairs often highlight the two countries’ mutual participation in the Soviet armies in the “Great Patriotic War.” They admonish Ukrainian historians, calling them falsifiers for arguing that Ukraine’s experience under the Soviet Union was an illegal occupation, and they scathe Ukrainian efforts to, by law, replace the term “Great Patriotic War” with “World War II.” This is less about providing disinformation about a current event, and more about influencing the very lens through which current events are viewed.

In studying Islamic organizations, Lt. Col. Brian Steed has come to coin this type of activity as “Maneuver in the Narrative Space.” Narrative space, he explains, is exactly like physical battle space in that it has definite, dominating “terrain” features that are key to dominating the battlefield. “Maneuver in the narrative space requires a transformation of thought in recognizing that the narrative is the decisive operation and that everything else is shaping to facilitate the decision intended,” he writes. “Maneuver in the narrative space is not annihilation or decision focused. It is a competition of exhaustion (this uses Hans Delbruck’s terminology). It is about remaining and expanding and not about immediate accomplishment.” In other words, applied to the situation in Ukraine, Russia’s masqueraded military intervention in support of rebels is not the decisive effort, but is subservient to the Russian narrative. The narrative is the main effort to achieve Russian objectives.

History brings to light why Russia views Ukraine as key, dominating terrain in the narrative space, and serves as a powerful tool with which to shape the conversation in accordance with Russian objectives. This very same type of terminology—“a war of narratives”—was how a Lithuanian army officer described the situation in the region to me. Only from this type of historical and conceptual understanding can we begin to effectively counter Russian information operations in the region.

Tyler Fox is a historian whose primary research focus is on the combat lessons of the 504th Parachute Infantry Regiment in World War II.