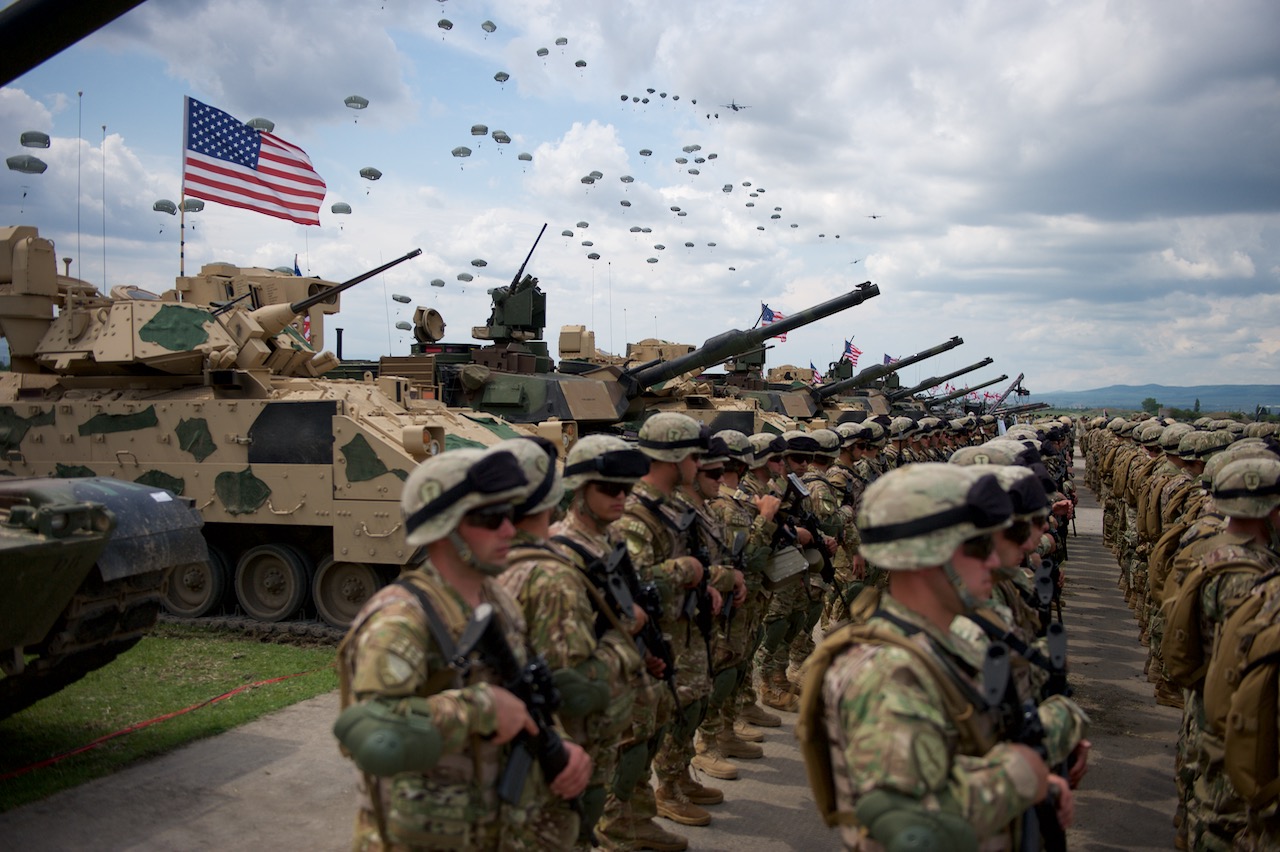 The current commander of US Army forces in Europe has a problem. How do you deter Russian aggression – achieve strategic deterrence – when you’ve had several cuts to your available forces? His self-prompted challenge: “We have to figure out how you make 30,000 feel like 300,000.”

The command’s answer to this riddle is the “Five Pillars of a Strong Europe,” a sort of equation where on one end you begin with available US Army forces (30,000) and add in several factors, all of which theoretically sum up to a force that looks and feels like 300,000 to the Russians in order to scare them off for deterrence purposes. Here it is (on hand forces plus the “Five Pillars”):

Let’s review the bidding and see if we can quantify these claims.

Empowering Junior Leaders. Excellent junior leaders are important, and clearly individually valuable. Moreover, there must be some consideration for the fact that these troops would be in defensive positions and that a NATO soldier would be defending his/her homeland. But how to translate that into a relative advantage against the Russians? History can help here. As a quantitative metric, one might apply the “German advantage” in fighting power the Wehrmacht achieved against Soviet forces during World War II. This describes a casualty ratio between opposing forces. On the Eastern Front, as a rough figure, each German soldier inflicted 1.5 casualties on the Soviets (Note: there’s enormous variance in that ratio – it was as high as 7:1 in some areas where the Germans were in prepared defensive positions – I’ve chosen a more conservative, yet still advantageous, estimate). Let’s assume this figure is transferrable to all NATO ground forces (i.e. each NATO soldier is worth 1.5 times any opposing force).

Army Reserve/National Guard Support. This refers to the 21 US states in the State Partnership Program, a program in which European countries form habitual relationships with US states. For example, Norway trains with the Minnesota National Guard in an annual military exchange consisting of 100 soldiers. So to quantify this relationship, roughly 2,100 soldiers from the US National Guard rotate into Europe every year, temporarily, for training. If we apply our “empowerment” metric, this 2,100 soldiers = 3,150 soldiers.

Allies & Partners. NATO’s 27 member states (not including the US) have just over 2 million in their active forces and nearly 3 million in reserve, for a grand total of 5 million troops in all services. With our “empowerment” metric, that gets boosted to 7.5 million troops.

Regionally Allocated Forces. This coming year, as part of a larger European Reassurance Initiative, the US Army will send a brigade size element (3-5,000 soldiers) to rotate into Europe. With “empowerment” upgrade, using the larger figure, that’s 7,500 soldiers.

Dynamic Presence. A cynic would point out this is something of an oxymoron – to continuously flit in and out in a “dynamic” fashion is hardly a useful way of establishing a presence – just as a periodically hovering gnat doesn’t present much of a “presence” (more like annoyance). The US Army Europe website intimates there is value in the continuous movement of forces in and out of Europe, touting that in 2015, they “conducted over 50 battalion level and above exercises.” While qualitatively valuable to individual units that have practiced critical deployment tasks, this seems hard to quantify in any useful way for deterrence purposes.

So what have we learned? Evaluating US Army Europe’s strategic deterrence formula, one can see the only truly meaningful component on the way to achieving our 300,000 mark is “Allies & Partners.” The formula would better read:

The road to strategic deterrence runs through the capitals of Europe.

This European exercise also tells a larger story for US Army units deployed abroad – they are, and always will be outnumbered, owing to the costs and frictions associated with long distance force projection – and therefore must depend on regional partners, tapping into their motivation, numbers, and local knowledge. The US has got quite an advantage here. As Michael O’Hanlon notes, America leads a loose global coalition of roughly 60 countries armed with ¾ of global defense spending. We’d do well to remember this advantage, and focus our strategic deterrence efforts accordingly.

Major
Matt Cavanaugh is a US Army Strategist, a Non Resident Fellow with the Modern War Institute at West Point, and has served in assignments from Iraq to the Pentagon, and Norway to New Zealand. A Contributor at War on the Rocks, he looks forward to connecting via Twitter @MLCavanaugh. This essay is an unofficial expression of opinion; the views expressed are those of the author and not necessarily those of West Point, the Department of the Army, the Department of Defense, or any agency of the US government.