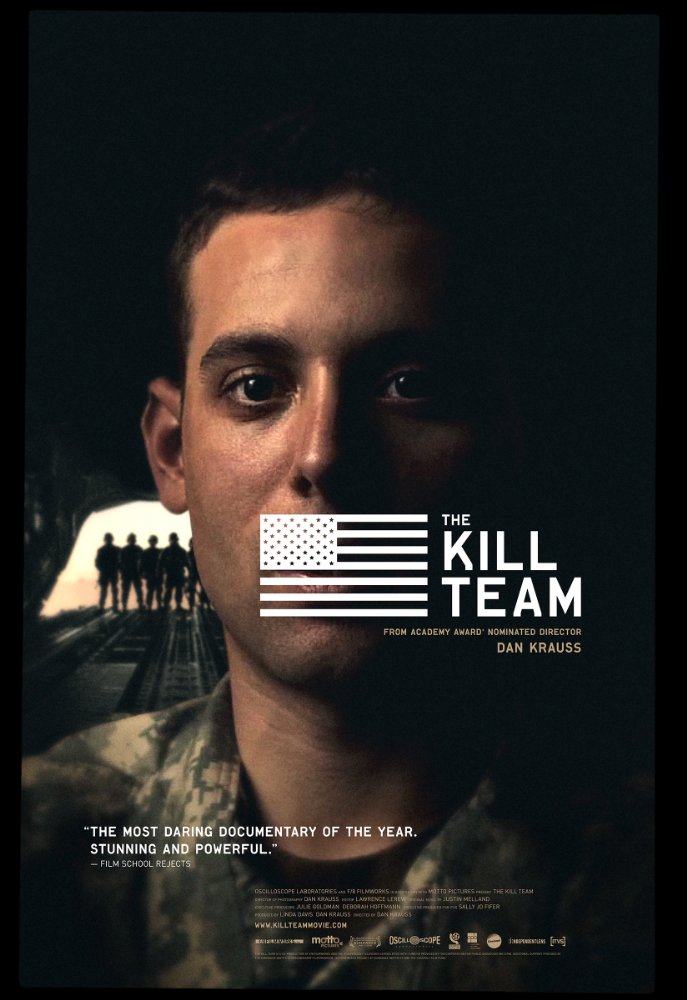 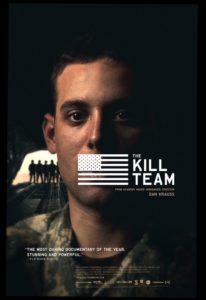 THE KILL TEAM goes behind closed doors to tell the riveting story of Specialist Adam Winfield, a 21-year-old infantryman in Afghanistan who attempted with the help of his father to alert the military to heinous war crimes his platoon was committing. Tragically, his father’s pleas for help went unheeded. Once Adam’s fellow soldiers got wind of what he’d done, they threatened to silence him — permanently. Forced to choose between his conscience and his own survival, Adam found himself drawn into a moral abyss, faced with a split-second decision that would change his life forever.

With extraordinary access to the key individuals involved in the case – including Adam, his passionately supportive parents, and his startlingly candid compatriots — THE KILL TEAM is an intimate look at the personal stories so often lost inside the larger coverage of the longest war in US history.