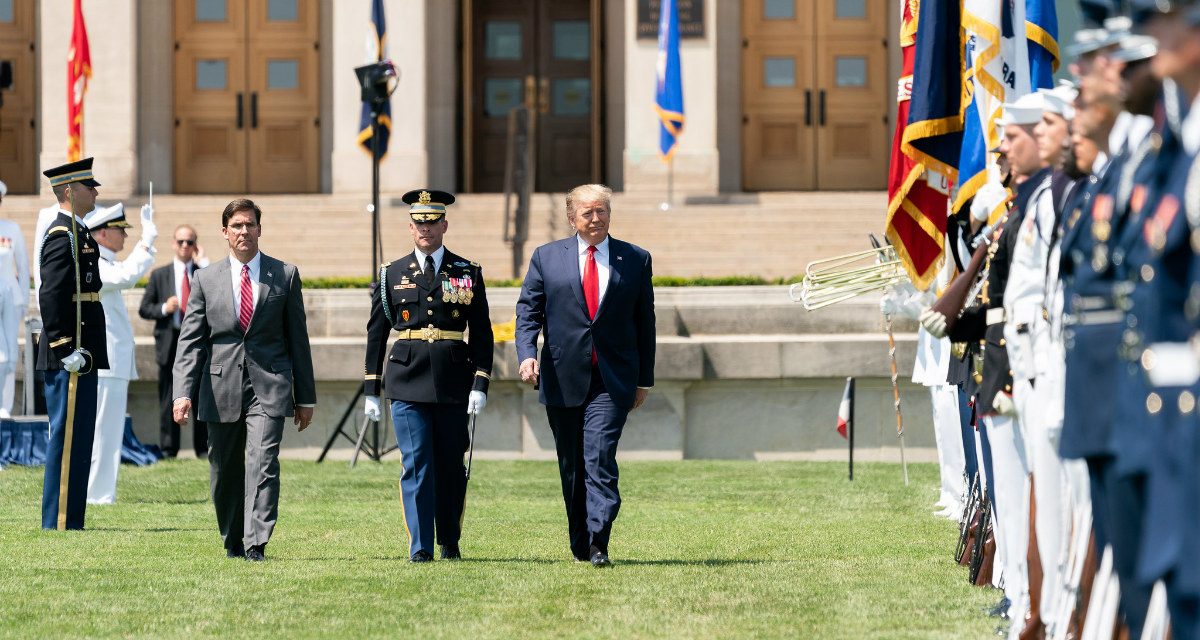 “Ripped from the headlines,” the number of challenges facing military and civilian leaders in the US national security establishment are diverse, are global, and run the gamut from tactical to strategic. Iran’s nuclear program and allegations of attacks on civilian shipping in the Gulf of Oman. Russia’s exploitation of gaps in US and state democratic processes. China’s island-engineering and “lawfare” in the South China Sea. Boko Haram in Nigeria. The self-proclaimed Islamic State in the Sahel. North Korea’s uncertain belligerence. The ongoing legal challenges to the ban of transgender persons from military service. Growing numbers of retired general and flag officers publicly condemning the moral authority and competence of the commander-in-chief. A significant number of unconfirmed acting officials in the senior civilian defense department positions. The controversial use of military force(s) to address illegal immigration at the southern border. Politicization of the military. Militarization of politics.

With such a list, the public—and the military (both uniformed and civilian elements)—should be acutely sensitive to the dynamics, frustrations, on-going issues, and open questions defining civil-military relationships. Transparency and citizen involvement, even if they expose pathological and fractured practices or relationships, are hallmarks of a functioning democracy. Transparency and engagement are necessary for both intragovernmental oversight and public accountability (this is what we tell other, less-developed democracies, after all). But, aside from reading tell-all memoirs, subscribing to respected peer-reviewed journals behind paywalls like Armed Forces & Society, or being attentive to civ-mil tags in online resources like Lawfare, Just Security, Council on Foreign Relations, or War on the Rocks, it may be hard for non-experts to get a timely glimpse at the most the salient and difficult challenges currently facing American civil-military relations and relationships. Conversely, it may be a challenge for academics to bridge the gap between the ivory tower and the general public, and see civil-military relations with that wider lens. Perhaps this contributes to the strange “inversion” of trust that scholars like Kori Schake have noted: historical anxiety about a too-powerful military subverting democratic institutions has morphed into high public support for and trust in the judgment of the military while there is a comparatively microscopic trust in civil political forces. There are many ways to improve this exposure. I describe and offer one of these below.

Read the full piece at War on the Rocks—and see what an array of leading thinkers believe are the most pressing questions regarding the civil-military relations in the United States—by clicking here.

Lt. Col. Dan Maurer recently began his assignment as an assistant professor of law at the US Military Academy at West Point. He is a non-resident fellow at Modern War Institute, and is the author of Crisis, Agency, and Law in US Civil-Military Relations (London: Palgrave Macmillan, 2017), along with publications in leading law reviews, the Harvard National Security Journal, Lawfare, Military Review, and Small Wars Journal. Follow him on Twitter @Dan_Maurer.