An Exploration of War and Moral Injury 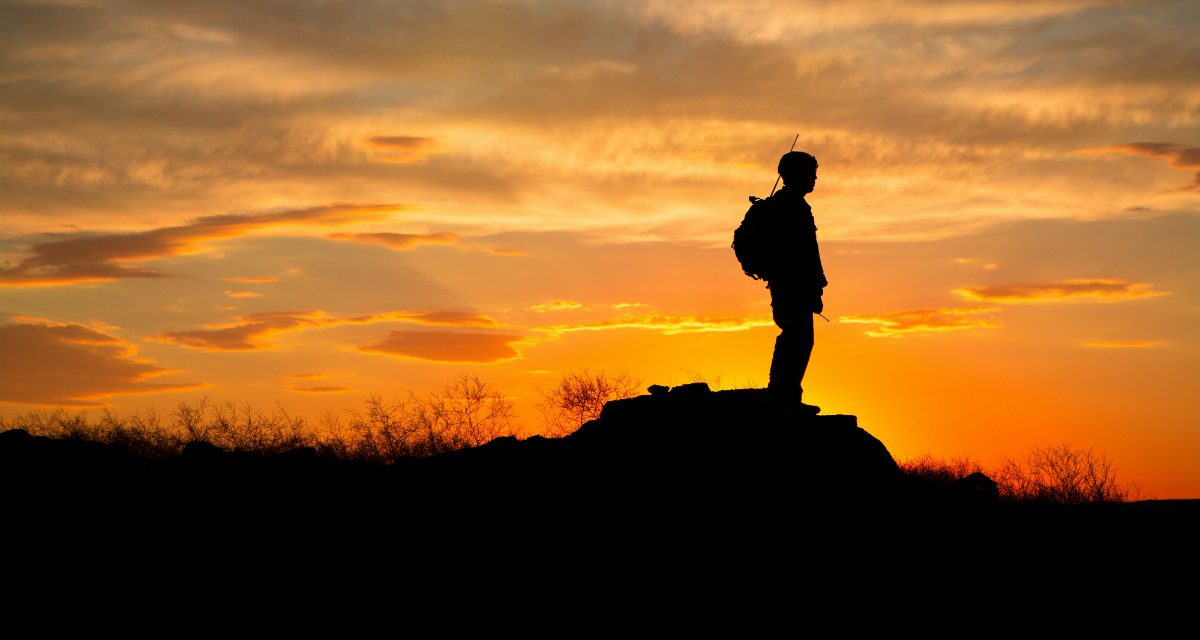 The following two excerpts are from a newly published book, War and Moral Injury: A Reader (Wipf and Stock, 2018).

The volume’s co-editors are Dr. Robert Emmet Meagher, one of the world’s most eminent classicists, and Lt. Col. (ret) Douglas A. Pryer, who retired from the US Army in August 2016 from his position as a Middle East political-military advisor to the chairman of the Joint Chiefs of Staff. Pryer was also one of the first MWI non-resident fellows. He describes the book’s themes:

I think everyone was happy to have me back. For them, now that I was home in the box canyon nicknamed Nez Valley by my family, everything returned to normal. I hoped the quiet would be healing. Back among the sheep and goats, with the people I loved, maybe life would return to normal.

I tried to relax, to return to my past self, but my memories were not peaceful like those of my grandparents, father, siblings, and extended family. And the quiet grew increasingly disturbing and unreal.

The adults on the reservation were careful to never discuss the war in front of young kids. No one wanted our children to glorify war in any way. It was okay to speak to other adults about the conflict, but even so, I stayed pretty quiet. The secrecy that the Marines had imposed upon the code talkers stifled me. It wasn’t much help to talk about what I’d done and seen in general terms, as I was allowed to do. My memories were very specific and very disturbing, and I decided that it was better not to say much at all if I couldn’t reveal my true story.

I knew that other soldiers returning from war had the solace of talking things out if they wanted to—either with their families, with friends, or with other enlisted troops. Their efforts had not been deemed secret, like ours. We code talkers, forbidden to talk about the realities of our war, were largely denied that solace of getting everything out into the open. Even though I knew my family wanted to learn about what I’d faced, and even though I knew they would help me if they could, I couldn’t bring myself to talk about the limited things I was allowed to reveal.

The Japanese enemy populated my dreams, continuing to plague me even when I was awake. Our invasions of hostile islands played like an endless film in my head, with me and my buddies exposed to enemy fire as we struggled toward the beach.

When my time at home had passed the half-year mark, I finally broke down and told my sister Dora about these unwelcome visitors.

Then I told Father, Grandmother, and Grandfather. The dead Japanese wouldn’t let me sleep or function normally during the day. All that blood I had walked through had stained my mind. Just as the island fighting had trapped us soldiers, never letting us get away from the battles, keeping us scared twenty-four hours a day, the devil spirits of my dead enemies now trapped me, never letting me enjoy any peace. My family agreed that if things continued as they were, the Japanese would eventually take me away. I needed a ceremony. They would put up an Enemy Way.

A hand-trembler performed a diagnosis. although I knew it was the Japanese who plagued me, the hand-trembler was part of the ceremonial protocol.

Grandma brought me to the hand-trembler’s home. The trembler, who could be either male or female but in my case was male, held an unpolished crystal in his hand while chanting in my presence. He asked questions, which I answered as accurately and as honestly as I could. The trembler concentrated on the crystal until he fell into a trance. His hand began to tremble. He saw the cause of my nightmares revealed in the crystal. This was important, because the trembler would prescribe a specific ceremony, one that would address the causes of my problem, not just the symptoms. His understanding of both my symptoms and of human psychology in general led him to make a diagnosis. He told me which healing ceremony I needed in order to get back in balance.

“I will select a fine singer to perform your ceremony,” Father told me. The hand-trembler had diagnosed my problem, but the singer, or medicine man, was the one tasked with fixing it.

The four-day ceremony chosen for me was one of the “Bad Way” ceremonies, one that would rid me of an evil presence. The hand-trembler had determined that the cause of my problem was evil, not good. It involved ghosts, chindì, left behind when the Japanese who were haunting me had died. Every person has at least some kernel of evil, and the chindì is composed of everything that was evil in the dead person. The specific ceremony chosen, called a sing, like the ceremony my father was attending when I arrived home from the war, was one often performed for children returning from boarding school or men returning from War, “the Enemy Way.”

Originally the Enemy Way ceremony was created to destroy the ghosts of the monsters which had plagued the early Dinè, monsters which had been vanquished by Changing Woman’s twin sons. In more modem times, the Enemy Way is used to destroy the ghosts of any enemy or outsider, consequently restoring balance and allowing a return to the Right Way, the Good Life.

Chester Nez at age eight was sent to a school run by the Bureau of Indian Affairs and given his English name, Chester, after Chester A. Arthur. While at a government-run boarding school in Tuba City, Arizona, Nez was recruited into the Marine Corps and served as a Navajo code talker in the Pacific Theater in WWII. After the war he worked as a painter for twenty-five years at a VA hospital in Albuquerque. On July 26, 2001, Nez was one of the five living code talkers who received the Congressional Gold Medal from President George W. Bush, and in 2011 he wrote his memoir, Code Talker.

This enemy-as-subhuman approach plays off of what psychologists call “in-group bias.” In other words, humans are basically tribal or clannish. We tend to fear and devalue those who are not members of our “tribe.” This type of dehumanization is one of the key factors that Browning highlights in the transformation of the members of Police Battalion 101 into efficient mass-murderers. Milgram notes, “Systematic devaluation of the victim provides a measure of psychological justification for brutal treatment of the victim and has been the constant accompaniment of massacres, pogroms, and wars.”

Given that dehumanization plays such an important role in enabling murder and other atrocities, one response would be to suggest that all forms of dehumanization should be resisted rather than incorporated into military training. However, this view is problematic for anyone who is not a pacifist. If we endorse the view that violent military force is sometimes required in defense of a just cause, then we are cornered by the reality that troops do need to be trained to kill. Indeed, for justified military actions, there is a strong moral argument that military training should be directed at enabling our troops to kill in the most effective and efficient manner possible. We doubt this can be accomplished without allowing some form of dehumanization of the enemy (although, as we will later note, this should be coupled with equally intentional re-humanization). The central question now becomes, is there a form of dehumanization that is less morally perilous than others and mitigates the psychological cost of war while still promoting military effectiveness?

The act of dehumanizing is strongly associated with psychological trauma. Research indicates that the mere act of ostracizing others, such as excluding someone from a simple game of catch when instructed to do so by the experimenter, induces a variety of negative psychological effects in the ostracizer, including increased negative “affect” (or emotion) and decreased senses of personal autonomy and social connectedness. It is little wonder, then, that the much more extreme and visceral actions that follow from dehumanizing an enemy have often been anecdotally cited as an important factor in the psychological adjustment of troops returning from conflict.

While more work is needed to establish direct links between dehumanization and diagnoses such as post-traumatic stress disorder in veterans, recent scholarship makes a compelling case that the horror, shame, and guilt that veterans associate with having participated in actions that they cannot reconcile with their “civilian” sense of self represent major factors that determine their physical and psychological health. Amazingly, for instance, recent research indicates that negative affect and a perceived sense of social disconnection have more powerful effects on physical and psychological health than physical or external conditions, such as economic circumstances, safety, hunger, and homelessness. When we consider why troops have often been unwilling or unable to shoot at the enemy, it is worth considering that they are indeed engaged in a form of self-defense: their unconscious motivation is not so much to protect the integrity of their bodies but rather the integrity of their sense of self.

Shannon E. French is the Inamori Professor in Ethics, Director of the Inamori International Center for Ethics and Excellence, a philosophy professor with a secondary appointment in the School of Law at Case Western Reserve University, the General Hugh Shelton Distinguished Visiting Chair in Ethics for the US Army Command and Staff College, and associate editor for the Journal of Military Ethics. She taught philosophy for eleven years at the US Naval Academy and served as Associate Chair of the Department of Leadership, Ethics, and Law. Her many works on military ethics include The Code of the Warrior: Exploring Warrior Values, Past and Present.

Anthony Jack uses brain imaging to investigate the tension between Analytic and Empathetic thinking in the brain. His work examines implications of this tension for ethical leadership, coaching, self-management, and philosophy. He is educated in Philosophy (BA), Psychology (PhD), and Cognitive Neuroscience (postdoc), and publishes in all three areas. His research includes collaboration with both the Department of Organizational Behavior and the School of Nursing at Case Western Reserve University. He leads the Brain, Mind and Consciousness Laboratory and is Research Director of the Inamori International Center for Ethics and Excellence.