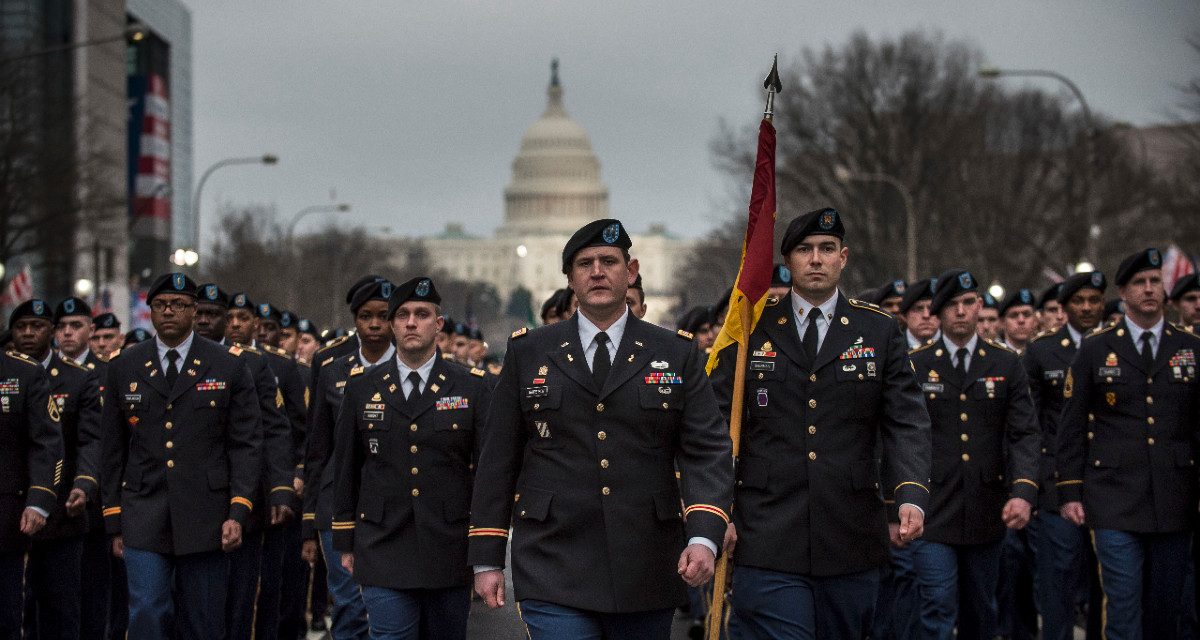 Editor’s note: In this article for Georgetown Journal of International Affairs, MWI Non-Resident Fellow Dr. Jahara Matisek, Dr. Travis Robison, and Dr. Buddhika Jayamaha, identify how a weakening social contract between American foreign policy elites and the general public is undermining the logic and rationale of US war efforts.

Americans today resent seemingly endless military deployments across the globe with no discernible security benefits, feel abandoned by the supposed economic benefits of globalization that have not accrued to a majority, and are suspicious of laissez-faire capitalism. In this article, we argue that the US role in world affairs is fundamentally shaped by its democratic system of governance. US foreign engagements historically depended on the government’s ability to maintain an implicit and explicit social contract with the American public that guaranteed domestic prosperity in exchange for supporting foreign-policy goals. The social contract remained legitimate to the extent that the government fulfilled its obligation to pursue goals abroad that contributed to the public interest. When the government failed to do so, the public withdrew its support by demanding new policies and electing new leadership to act in accordance with the public’s will.

Growing levels of domestic political turmoil increasingly point to a failing American social contract that does not contribute to improves economic wellbeing for all Americans. The indictment of America’s foreign-policy elites is the result of a fundamental breakdown of the social contract that undergirded the domestic legitimacy of American global engagement during the twentieth century. Our article suggests that strategic retrenchment may provide an opportunity for reevaluation that will contribute to the strategic solvency necessary for maintaining American leadership in the twenty-first century.

Maj. Jahara “FRANKY” Matisek, US Air Force, is an assistant professor in the Department of Military and Strategic Studies at the US Air Force Academy and is a non-resident fellow at the Modern War Institute at West Point. He was an instructor pilot on the C-17 and T-6 with over 700 combat hours and holds a PhD in political science from Northwestern University. He is currently deployed as a pilot on the E-11 BACN.

Lt. Col. Travis Robison, US Army, served in Kosovo, Iraq, and Afghanistan and completed his PhD in political science at the University of Pennsylvania. He is currently the commander of the 2nd Battalion, 11th field Artillery Regiment, 25th infantry Division.

Buddhika Jayamaha is a former US Army airborne infantryman and veteran of the 82nd Airborne Division with numerous deployments to Iraq. He holds a PhD in political science from Northwestern University and is an assistant professor in the Department of Military and Strategic Studies at the US Air Force Academy.