Fat Man and Little Boy, 75 Years Later: How Destruction Was Built and the World Was Changed Forever 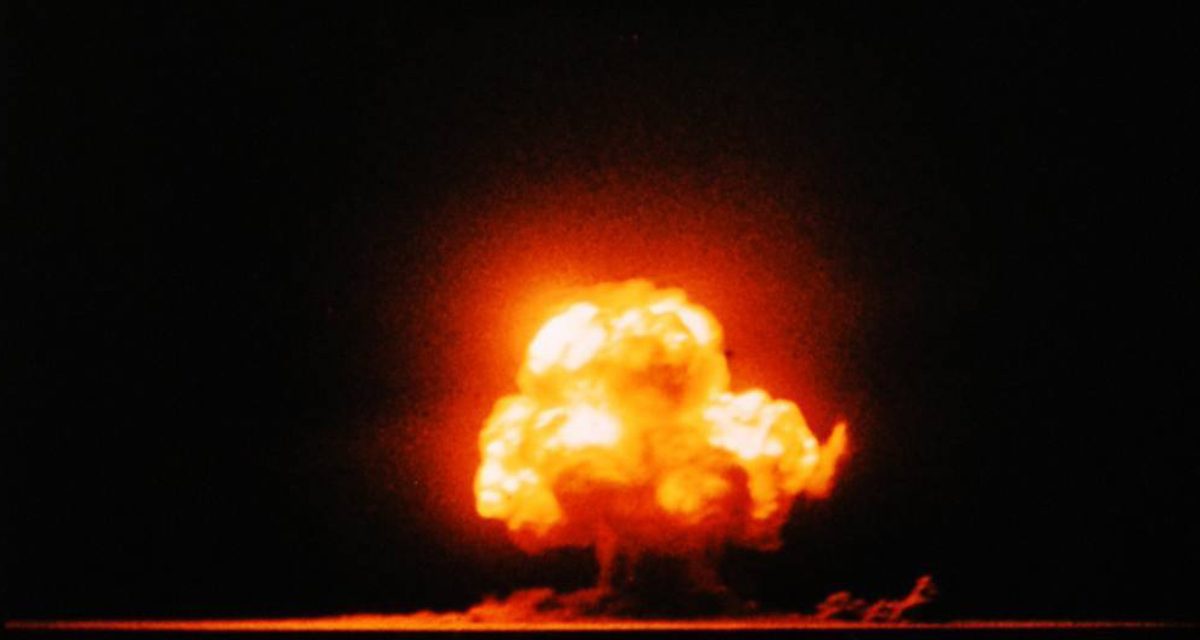 Chris Wallace with Mitch Weiss, Countdown 1945: The Extraordinary Story of the Atomic Bomb and the 116 Days that Changed the World (Avid Reader Press, 2020)

At 4:05 p.m. on Tuesday, August 14, 1945, President Harry S. Truman received the formal surrender of Japan, thus ending the Second World War. “I deem this reply a full acceptance of the Potsdam Declaration,” Truman said to reporters that evening, “which specifies the unconditional surrender of Japan.” The news sparked jubilation, but the cost of victory was enormous. America had lost 405,799 dead and 670,864 wounded, but in global terms the sacrifice was even more unthinkable—seventy-two million dead, including forty-seven million civilians. Bringing an end to the slaughter meant more slaughter, on a scale and in a manner never before seen. First Hiroshima, then three days later, Nagasaki. The world would never be the same.

The story of Fat Man and Little Boy isn’t new. Those names have long been burned into the historical conscience of the world. Combined, the two atomic bombs caused as many as 220,000 deaths and most certainly brought a climactic end to a bloody war. In the seventy-five years since, their use has been questioned, debated, and rebuked. The people involved in their development and employment have been interviewed and studied in depth, their lives documented, and their legacies cast in concrete. The events themselves have been memorialized, with monuments marking ground zero in both cities.

What makes Countdown 1945, a new book by Chris Wallace and Mitch Weiss, truly remarkable isn’t the bombs, the people, or those two dark days, but how they are weaved together into a compelling and provocative historical narrative. Truman, thrust into the presidency after the death of Franklin Delano Roosevelt, bearing the weight of a decision unlike any other. J. Robert Oppenheimer, the reluctant director of the Los Alamos National Laboratory and the father of the atomic bomb, racing against time to bring the Manhattan Project to bear against a determined and formidable enemy. Paul Tibbets, the war’s most experienced bomber pilot, piecing together the crews who would deliver Fat Man and Little Boy to their targets above Japan. Surrounded by an equally fascinating cast of supporting characters, Truman, Oppenheimer, and Tibbets are in a battle against time, against the future, and against history.

The tension in Countdown 1945 is palpable. From the first paragraphs of the book, as Truman races through the halls of the Capitol to meet the news of Roosevelt’s death, the authors set a tone and tenor that underpins every chapter with a foreboding sense of angst. Even though the reader understands what’s occurring and how events will unfold, the anxiety hangs on every page. Each decision is a momentous step toward destiny. Every milestone bears the consequences of history. The use of “countdown” in the title feels almost purposeful; even as the book counts down those 116 days, the writing seems to become more condensed, the chapters briefer, the sentences shorter. Even as the book closes in on those final seconds above Hiroshima, the reader hangs in the moment, caught in the countdown itself.

There are other books by other writers that do better justice to Truman, the Manhattan Project, and the incredible weight of the decision to employ the atomic bomb. But none of those will be as captivating to read. Wallace, the longtime anchor of Fox News Sunday, and Weiss, a renowned Pulitzer Prize–winning investigative journalist, bring those 116 days of history to life in vivid color, crafting a story as unique as it is horrifying. Their writing is nothing short of phenomenal, a historical tapestry that reads like a carefully curated combination of Stephen King and Stephen Ambrose. Together, they paint a broad brush stroke of history, but it is propulsive, heart stopping, and impossible to put down.

Steve Leonard is a Senior Fellow at the Modern War Institute at West Point; the co-founder of the national security blog, Divergent Options, and the podcast, The Smell of Victory; co-founder and board member of the Military Writers Guild; and a member of the editorial review board of the Arthur D. Simons Center’s Interagency Journal. Published extensively, his writing focuses on issues of foreign policy, national security, strategy and planning, leadership and leader development, and, occasionally, fiction. An alumnus of the School of Advanced Military Studies, he led the interagency team that authored the US Army’s first stability operations doctrine, spearheaded the reintroduction of operational art into capstone doctrine, and wrote the guiding principles for the Army Design Methodology. He is the author, co-author, or editor of four books, numerous professional articles, countless blog posts, and is a prolific military cartoonist.