Fighting in the Uncommons 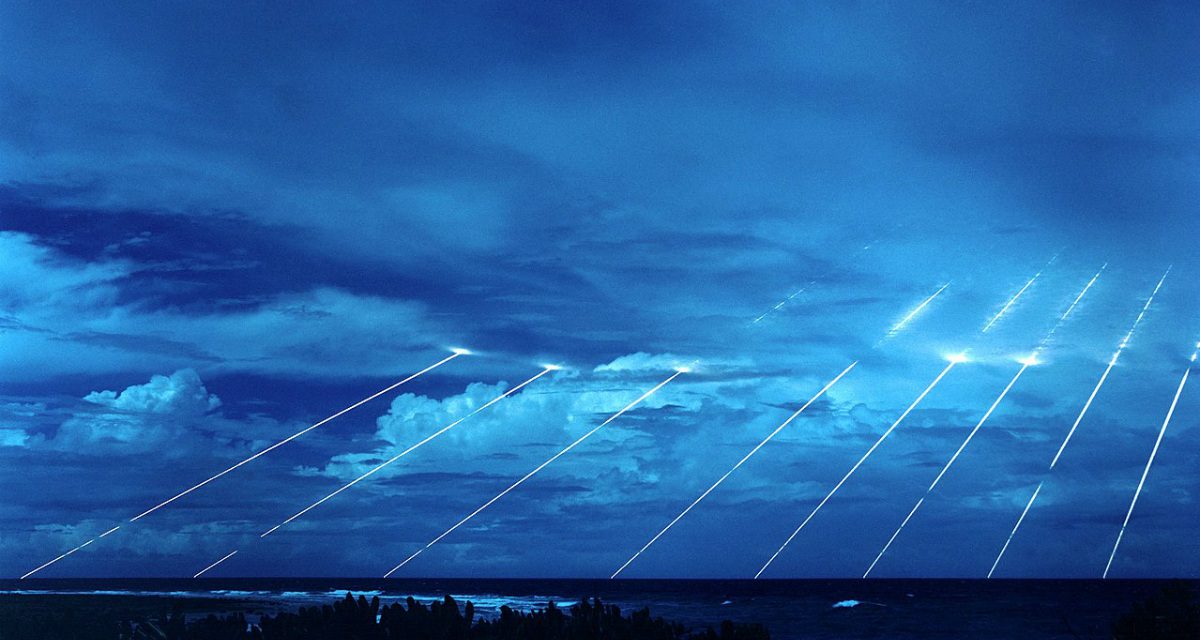 What you can’t see can kill you. This has always been true in warfare, from infections to IEDs, but the problem has become particularly pressing with the modern era’s space, missile, and high-altitude threats. Fresh thinking is needed; the past will not be a useful guide for what’s ahead.

Around the time GPS-guided Americans crossed the berm into Iraq in 2003, Barry Posen called attention to what he called the “foundation” of American military strength: “command of the commons.” Posen defined this as the “areas that belong to no one state and that provide access to much of the globe,” including the sea, air, space and cyberspace. And, due to American dominance in these commons, Posen predicted “U.S. hegemony will be around for some time.”

That dominance didn’t last. As I’ve written before, all of America’s principal adversaries have developed and now use distant, standoff fires as a “tactical stiff-arm” to hold our “global power projection at bay so they can achieve regional objectives.” Think intercontinental trench warfare. Harvard’s Stephen Rosen sees much the same picture, arguing that because prospective force projectors can be disrupted “at unlimited distances,” we’ve got to think hard and think new about this challenge.

But first we’ve got to define the problem. Describe it. Do better at understanding the challenge.

Because while Posen was masterful in describing the broad map and the general aspects of the commons’ multiple domains, his essay lumped them together. But not all commons are alike.

Technology has changed them. For example, cyber is now as common as it gets. Cheap, commercial, civilian-run, cyber is ubiquitous. Same goes for commercial air- and sea-faring traffic; nearly every country has airports, most have seaports—these engines of global commerce are widely dispersed. Of course, less common, but still fairly regular, most countries with military forces have some sort of air and sea force.

But the higher we go, above 60,000 feet (roughly where “high altitude” begins, at nearly twice the altitude of commercial aviation)—the number of countries with military capabilities, like oxygen, thins out significantly. These capabilities are expensive, advanced, and operate at the farthest frontiers of the global commons. While roughly thirty countries possess ballistic missile programs, less than ten have intercontinental ballistic missiles (ICBMs)—weapons that launch, pass into sub-orbital spaceflight, and then re-enter the atmosphere to strike their targets at extreme speeds. High-altitude platforms are more prevalent these days, owing to the burgeoning commercial sector, but relatively few countries have a particular military focus for them. And serious, military-specific space programs can be counted on one hand.

These are the “uncommons,” or, the terrain at the extreme edge of the global commons, well above the rest of the Earth’s geostrategic regions. Largely invisible to the naked eye, this is where our highest-altitude assets reside, and military platforms typically come with a digital or physical tether to ground operations (e.g., relay stations for satellites). Few countries play at this level.

The uncommons matter as a distinct subset because they are where the gravest threats to the rest of the commons will likely emanate from. It’s no fluke that the novel Ghost Fleet described a Russian-Chinese first strike space attack in order to knock out US military air and naval assets. Or that today, North Korean and Iranian ballistic missile programs make American power projection into Northeast Asia and the Gulf immensely difficult. These adversaries will undoubtedly continue such investment because they’re cost effective and strategically effective. Why build your own navy or air force when you can buy missiles that can do a lot but cost a little? Missiles can multitask: kill an aircraft carrier or even knock down a satellite.

Threats from the uncommons are more prevalent now than ever before. More adversaries, better weapons, with doctrine to match a will to use these high-up weapons. And if we don’t figure out how to fight well in the uncommons, we might just lose our access to the commons.

Maj. ML Cavanaugh is a US Army Strategist and Non Resident Fellow with the Modern War Institute at West Point, and looks forward to connecting via Twitter @MLCavanaugh.