The Five Fatal Challenges of Warfighting in Korea 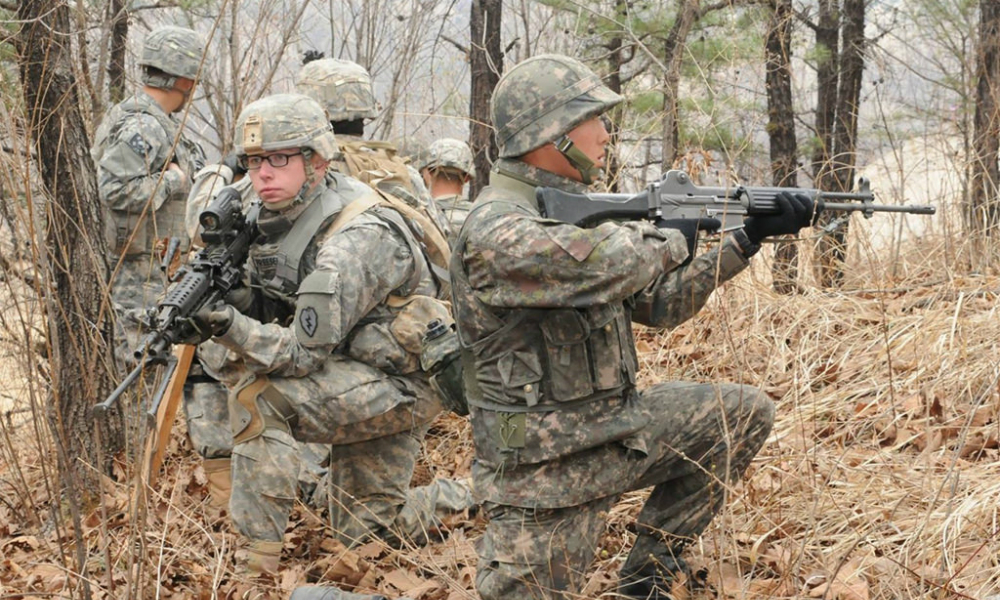 North Korea’s aggressively destabilizing behavior has hit the headlines again, this time several unannounced, unsanctioned missile tests—part of a national double-time march to develop an intercontinental ballistic missile with a nuclear warhead capable of striking the United States by 2020. North Korea’s drive toward a deep-strike weapon of mass destruction raises an important question: what would the United States do to forestall such a weapon’s use? Airstrikes can’t guarantee getting all the bad stuff, and cyber tools appear to have failed as a “left of launch” option. Deploying ground forces is, of course, an unlikely scenario. But if such an action became necessary, what would ground combat in North Korea look like?

Warfighting in North Korea would be hard; much harder if US-South Korean alliance forces set assumptions on a foundation of sand. Here are five fatal challenges that planners ought to keep in mind when establishing their own plans and loadbearing assumptions for successful combat in Korea.

1. Digital and computer networks will function without interruption in combat.

Counterpoint: Everything is networked and susceptible to attack from a country with a demonstrated cyber capability. In the cyber world, the offense has the advantage.

Counterpoint: While Marines typically handle non-combatant evacuation operations (NEO), in Korea, that task falls to US Army ground forces. Logically, this mission would occur early in a conflict and those ground forces utilized for the NEO mission would be subject to contingencies well beyond their own control—from massive civilian casualties to spontaneous riots to mistaken headcounts—that might tie up these forces and prohibit them from participation in follow-on combat missions for a considerable amount of time.

3. Movement, maneuver, and supply routes will be fluid.

Counterpoint: North Korea has a mountainous, Afghanistan-like geography and road network. Even if US-South Korean forces cut the North Korean military down significantly, their bypassed and remnant forces will still represent a more numerous, much better-trained, much better-armed version of the Taliban (and considering their ideological orientation and upbringing, while some may surrender, the bulk will probably fight, and fight hard). They will exploit advantageous terrain to conduct lethal harassment ambushes. Simply assuming this problem away is tactically problematic; narrow roads and choke points dictate that whoever is on the road will have to fight from the road—a poor proposition.

4. There will be sufficient time and assets to deal with the weapons of mass destruction problem.

Counterpoint: Putting together two facts makes for a tough conclusion. The US Army’s military mission in North Korea includes responsibility for weapons of mass destruction (WMD), and it has long been publicly known that North Korea has underground facilities numbering in the tens of thousands. And so the innocent children’s game, “hide and seek”—in North Korea becomes a scary, subterranean, “where’s the WMD” nightmare. It’s not hard to anticipate this will mean an exponential increase in energy expended and time required for this mission, no matter what resources are available on day one, to get after these likely underground-stored weapons.

5. We are prepared to engage with guards and managers at North Korean WMD facilities.

Counterpoint: It stands to reason that, if the United States is responsible for the WMD mission, then at least some effort will go to engaging with the North Koreans at these facilities. The first handshake, the result of that last 50-meter walk on the approach, will be crucial. Everything taught to those guards and managers, over the entire course of their lives, will have been that Americans are evil and put on earth to destroy North Koreans. It doesn’t help that our fully armed, geared-up final approach will confirm this narrative. This will be the highest-stakes engagement of any military leader’s career. How are we going to change those North Korean individuals’ narratives and get them to accept ours? Not to mention the bulk of these engagements will likely have to be performed by relatively junior officers (lieutenant colonels and majors; maybe even captains and lieutenants) that will mostly have just arrived in theater.

The truth is, no matter where or when, “war is an option of difficulties.” But today, in North Korea, the ground combat option is particularly vexed by geography, physics, and the ability of propaganda to dominate the (North Korean) mind. That said, it may be the only option available—and so a clear understanding of the challenges ahead is indispensable.

Major ML Cavanaugh is a US Army Strategist and a Non-Resident Fellow with the Modern War Institute at West Point, and looks forward to connecting via Twitter @MLCavanaugh.