Flawed Strategic Assumptions: Why Pushing Ukraine to Negotiate with Russia is a Mistake 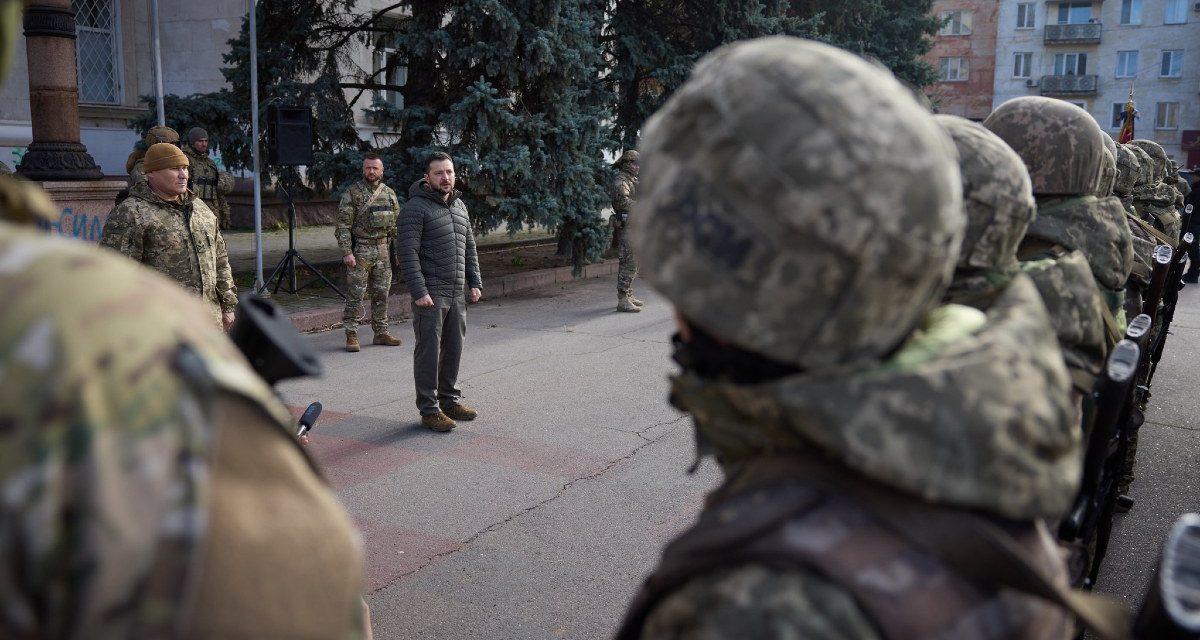 Ukraine has stunned the world since Russia invaded almost nine months ago. Even experts and seasoned US military leaders anticipated a quick Russian victory, and yet nine months on, Ukraine is not only still fighting, but outfighting the Russian aggressors. Last week marked another remarkable Ukrainian victory, as Ukraine recaptured Kherson, the lone provincial capital that had been occupied by Russia since the invasion.

But despite recent Ukrainian successes, there is uncertainty as to the war’s direction in the months ahead. Some Western governments assume that winter will result in unfavorable weather conditions that figuratively and literally freeze the front lines. As such, some in the West reportedly believe now is the time for negotiations.

The view that the West should push Ukraine toward negotiating with Russia this winter is based on several considerations. First, there is a belief that Ukraine cannot achieve additional gains on the battlefield during winter and that, following the successes in Kherson and Kharkiv, Ukraine is now in its most favorable position to negotiate since the war began. Second, Western governments fear the political repercussions of a prolonged war in Ukraine—and that they will continue to exacerbate the current economic crises in the West. Finally, there is a perception that military aid sent to Ukraine is difficult to monitor and does not best serve the strategic interests of the United States, particularly as the United States looks to shift its attention towards deterring Xi Jinping’s China.

Each of these views, however, is underpinned by flawed assumptions. With respect to the figurative freezing of the conflict as winter sets in, there is no reason to believe that Ukraine will cease counteroffensive operations despite colder weather and challenging conditions. After all, Russia invaded in February, the second coldest month of the year in Ukraine, and Ukrainian defenders fought exceptionally well in those conditions. Choosing to stop Ukraine’s momentum now would heavily favor Russia. The Russian military has lost the initiative and a pause in fighting would allow Russian forces to rest and recover, as well as enabling the Russian military’s integration of newly mobilized personnel into deployed units within Ukraine. Any pause in fighting, either due to weather or negotiations, will provide Russia with an opportunity to reset and rearm before launching renewed offensives in Ukraine.

Next, amid severe economic crises, there are natural fears of anything that could further intensify them. The risk here, however, is one of missing the forest for the trees. It is essential to maintain a clear understanding of the strategic implications of the war in Ukraine that extend well beyond that country and even beyond Europe. Yes, economic sanctions put in place after Russia’s invasion, particularly targeting its oil and gas sectors, are a contributing factor to Europe’s ongoing energy crisis, and easing those sanctions could offer some relief. But this fact is counterbalanced by the strategic imperatives that resulted in the sanctions in the first place—punishing Russia and making clear that such aggression would not be tolerated. These imperatives remain. If Western unity pertaining to the continuation of economic sanctions on Russia crumbles, then Russia and other potential aggressor states will learn the wrong lesson. They will take solace in the fact that they will likely be able to outlast whatever economic or political sanctions the collective West imposes on them in response to a similar act of aggression. A shaky Western alliance will only encourage other aggressive nations elsewhere to follow in Russia’s footsteps.

Finally, concerns that continuing military aid to Ukraine diminishes the United States’ ability to compete with and counter an increasingly aggressive China are misguided. On the contrary: the United States’ economic, political, and military support to Ukraine indirectly contributes to deterring China in tangible and intangible ways.

Tangibly, providing military support to Ukraine has contributed to the vast destruction of Russian military capability. The degradation of Russian forces and equipment thus far is already so severe that it will likely take Russia years to reconstitute the military force it possessed on February 23, 2022. What this means is there is a growing disparity between the capabilities of the Russian military and those of NATO—a disparity that grows without also taking into consideration that NATO membership is growing and current members are now prioritizing the modernization and expansion of their respective militaries. With NATO becoming stronger and the Russian military weaker, this allows for strategic flexibility on the part of the United States—flexibility that enables the United States to divert resources to deter China as necessary. This will come in two forms, one being the realignment of military forces to Asia in the mid-term, the other being the ability to prioritize the longer-term procurement and development of military technology and weapon systems needed to compete with and deter China that are not necessarily relevant for a ground war in Europe.

The intangible benefits of continued United States support for Ukraine are related to the discussion above about the need for unity in opposing Russia’s aggression. The West’s commitment to Ukraine in the face of substantial consequent economic challenges sends an unquestionable message to China. As the prospect of a Chinese invasion of Taiwan grows, the United States’ commitment to Ukraine provides a demonstration to China—an example of what the Chinese can, at a minimum, expect from the United States and the West if China were to attack Taiwan.

There are also fears that the United States’ has provided a “blank check” to Ukraine and that the spending is egregious. To put in perspective what has been achieved by the Ukrainians with the military aid it has received, the United States has provided Ukraine with a little less than $20 billion in military equipment, munitions, and weapons during the past year. For less than 3 percent of its annual military budget from the previous fiscal year, the United States has contributed to the destruction of almost eight thousand Russian military vehicles and pieces of heavy equipment since the beginning of the war, including roughly 1,500 of Russia’s most modern tanks. Sounds like a bargain.

For almost nine months, Ukraine’s military performance has stunned the world, with Ukrainian defenders continuously proving their doubters wrong. But the war is far from over. Assistance from the United States and other international supporters has contributed to Ukraine’s defense and to the broader imperative of countering Russia’s blatant assault on the rules-based international system. Softening the West’s collective commitment to supporting Ukraine now would undermine both.

First Lieutenant Dean D. LaGattuta is a 2020 graduate of the United States Military Academy at West Point, where he majored in political science and minored in Eurasian studies. He serves as the intelligence officer-in-charge for the 1-3rd Attack Battalion, 12th Combat Aviation Brigade stationed in Katterbach Kaserne, Germany and deployed to the Baltics earlier this year in support of NATO operations following Russia’s invasion of Ukraine.