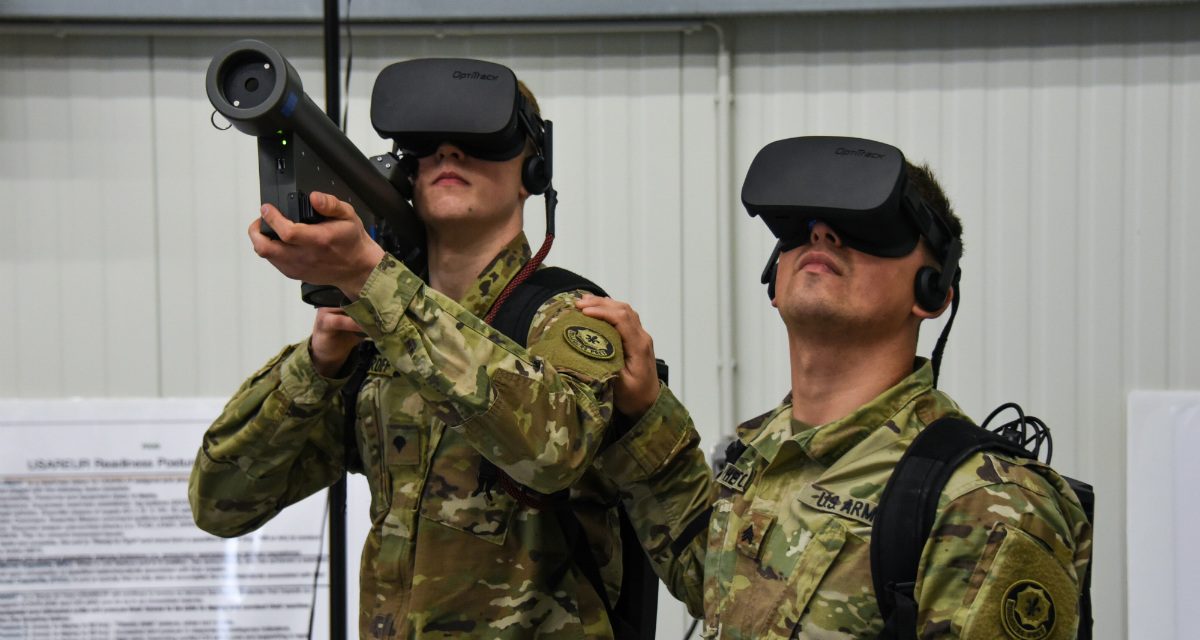 Simulation is a key tool for military personnel. Flight simulators were first introduced in 1929, giving pilots the opportunity to practice without burning fuel or being in harm’s way. The tool also allows people to experiment with techniques or strategies that would be high risk. Technology is about to bring simulation to ground warfare through virtual reality, making forces better prepared, more cohesive, and more effective.

The Department of Defense has already announced a commitment to virtual reality and is expected to spend $6 billion in the next five years.

A couple of weeks ago, I had the opportunity to try a commercially available VR platform with a controller design I had not used before. The game was first-person shooter and the enemies were wayward helper robots. During the tutorial, I used the controller to draw the virtual pistol from the holster, get on target, and fire. Muscle memory from small arms training set in almost immediately after the first attempt. The feeling was fluid and the game reaction lifelike.

There were meaningful differences of course. No kickback, for example, so staying on target was easy. The reload function was different as well, but after playing for ten minutes, the sensation had surprising parallels with being on an open firing range and practicing firing from a covered position.

There is a word that VR experts use for this: presence. This is the feeling of being there, of a sensation of a virtual experience as a physical one. Jeremy Bailenson discusses this at length in his book, Experience on Demand: What Virtual Reality Is, How It Works, and What It Can Do. Of particular note is an example Bailenson calls “the pit.” In this simulation at the Stanford VR lab, participants find themselves standing on a plank over a deep pit. Despite knowing that this is just a simulation, about 30 percent of participants will not step off the board. The experience feels real to subconscious parts of the brain.

The ability to evoke emotion under simulated scenarios could be a powerful tool for military preparation and unit cohesion. The example that first came to mind was prepping a team of special operations forces for a nighttime raid. Software that combined satellite imagery with drone reconnaissance could possibly create 3D simulations allowing operators to move through a village or city virtually multiple times. This also adds the ability for forces to confront different permutations, such as adversaries, architectural changes, or noncombatants. There will always be unforeseen complications with operations, but this could be a meaningful tool in the arsenal.

Elite professionals have already successfully used virtual reality to prepare. Adoption among professional football teams has been relatively rapid. Seeing the defensive formations from behind a simulated offensive line, like a quarterback would see in an actual game, can help prepare for different looks. As the technology improves, time in the simulator might be a new part of the arms race among NFL quarterbacks.

Perhaps the more important military application is outside of elite operators. Conventional forces use a variety of techniques to build unit cohesion and improve performance. Virtual reality could be a powerful addition. Facing an emotionally challenging simulated environment with fellow team member avatars may help to prepare forces for what they might see, including the worst-case scenarios. Presence in virtual space could help improve performance, but just as important, mentally prepare forces for strain, sensory overload, and unexpected conditions. All of this will ultimately help improve unit cohesion.

VR will never will never be able to really replicate the stress of combat, and some individuals will find the training more valuable and preparatory than others. Nonetheless, integrating these new technologies into training and operational preparation may offer an edge in building resilience for the psychological rigors of conflict, enhancing team cohesion, and practicing complex operations. As Harry Houdini famously said, “What the eyes see and the ears hear, the mind believes.” VR gives our soldiers an opportunity to see, hear, and interact in simulated environments like never before. 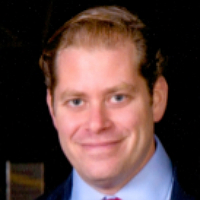 Scott Helfstein, PhD is an Adjunct Scholar at the Modern War Institute at West Point and a Senior Fellow at the Center for Cyber and Homeland Security at The George Washington University, and currently works as the Head of Market Strategy and Thematic Portfolios at Morgan Stanley Wealth Management.