Food Insecurity: The Real Danger of Monsanto’s Sale to Bayer 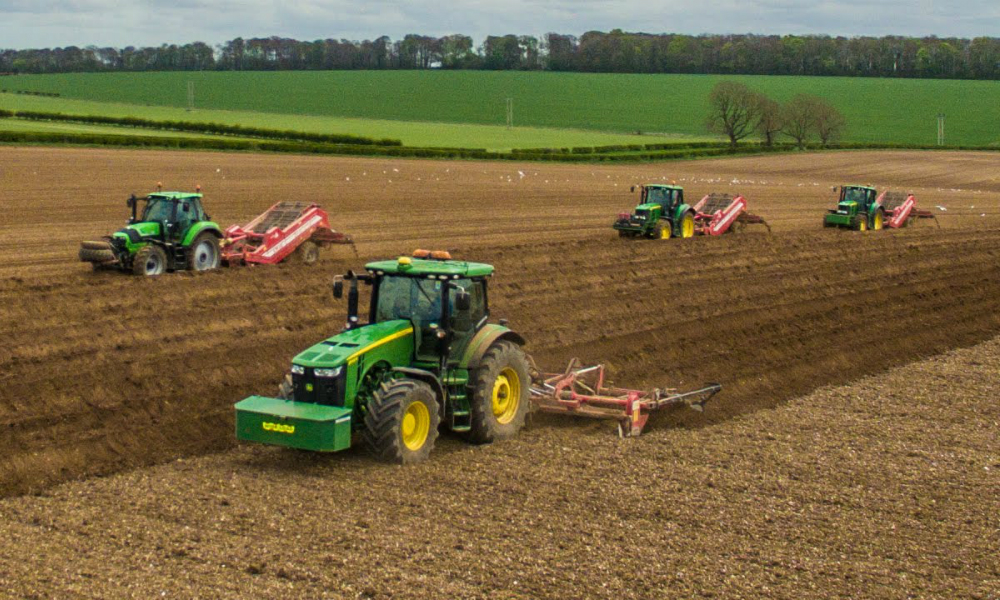 Starvation has always been a weapon of war. From salting fields to blockading harbors to slaughtering herds of buffalo, nations have consistently used hunger to bring their enemies to their knees. For that reason, food security has always been the bedrock of national security, and Americans have always taken their full stomachs for granted.

But times are changing. For the first time in history, American food security has been compromised, and no one, at any level of our government, seemed to notice. Just last week agricultural giant Monsanto announced its takeover by the chemical giant Bayer. This is a big deal. Not just the $66 billion windfall for the players involved, but also a big deal for the average American.

The 2013 Supreme Court case, Bowman vs Monsanto states that genetically modified seeds are intellectual property. When a company rewrites the genetic code of the plant (to make them hardier, more productive, etc.) it makes that plant as original as software or songs or I Phones. Bowman vs Monsanto states that replanting harvested GMO seeds is no different than copying any other product. Only crops aren’t just any other product. They are the difference between life and death. The reason humanity rose from cowering bands of hunter-gatherers – the reason I’m writing this on a laptop instead of scratching it on a cave wall – is because our ancestors began the tradition of saving part of their harvest to replant the following season. Farmers have been practicing this tradition for roughly 12,000 years, since the invention of farming. And now, thanks to Bowman vs Monsanto, farmers have to line up every year, like hipsters at an Apple Store, to buy their seed crop from Monsanto.

And if that wasn’t bad enough, American farmers will now be buying those seeds from a foreign power, albeit a friendly one. The Germany of today would never think of using food blackmail against us, but what about the Germany of yesterday? Would we have given Hitler, or even Kaiser Wilhelm the keys to our fruited plains?

That’s exactly what could happen if one day Bayer decides to sell its Monsanto Division to China. Beijing already has economic leverage, and they’re rapidly expanding their military. Now, theoretically, they could have the power to threaten us with a seed embargo if we don’t agree to their demands. Our food insecurity would only last one season, but a lot can happen between fall and spring.

When the decision of Bowman vs Monsanto came down, over half of all U.S. farmland, (roughly 170 million acres) was planted with GMO seeds. These crops include soybeans, cotton and most importantly, corn, which is in pretty much everything. Next time you go to the grocery store, even organic co-ops or Whole Foods, look at how many products have corn starch, corn syrup, or, in the case of livestock, were fed with cornmeal. Now imagine 80% of those products suddenly vanishing overnight because the Chinese want us to abandon South Korea.

Granted, we could always just break the patent (assuming the physical seed banks are inside the US). Or we could get other agro companies and farmers to fill the gap. Or, at the last minute, we could purchase bulk food shipments from friendly countries. But what are all those emergency stopgaps going to cost? Remember, the whole Middle East is burning now because a Tunisian man couldn’t afford to feed his family. And while prices are skyrocketing and our government is scrambling, will the media be trying to calm us down, or grabbing quick ratings by asking “Will your child starve this winter?”. If Americans regularly brawl over flat screen TVs on Black Monday, what will they do for the perceived last bottle of baby formula?

Sounds like a movie, right? Some cabal of nefarious masterminds holding our way of life hostage? Well, that’s exactly what happened in the 1970s when OPEC tried to force us to abandon Israel.

We learned from the oil shocks of the 1970s what happens when foreign powers strangle our energy supply. Now we have the Strategic Petroleum Reserve, a stockpile of emergency oil to make sure we’re never threatened with energy blackmail. Will it take a grain embargo before we’re forced to establish a Strategic Seed Reserve? Now that we’ve given away our food security, we need some kind of national insurance policy. Consider the very public debate we had after the 2006 Dubai Ports World deal, when we handed over control of our ports to a Gulf-owned company. Everyone from politicians to journalists were discussing the dangers of foreign-owned infrastructure. Compare that to the silence we hear today.

Luckily we already have the legislation in place. There’s something called the Committee on Foreign Investment in the United States (CFIUS). It’s made up of experts from 12 federal agencies, including the Department of Homeland Security. Their job is to review deals just like this and make sure there’s no threat lurking in the fine print. So where are they? And where is the Senate Armed Services Committee that held hearings on the Dubai Ports deal? It seems we’ve got the safeguards in place, so why aren’t we using them?

We need to remember how interconnected civilization is, to recognize the security risks within seemingly non-security-related issues. If we thought gas lines were scary in the 1970s, just imagine bread lines in the decade ahead.