Four Deaths in Niger and the Savage Logic of Military Operations 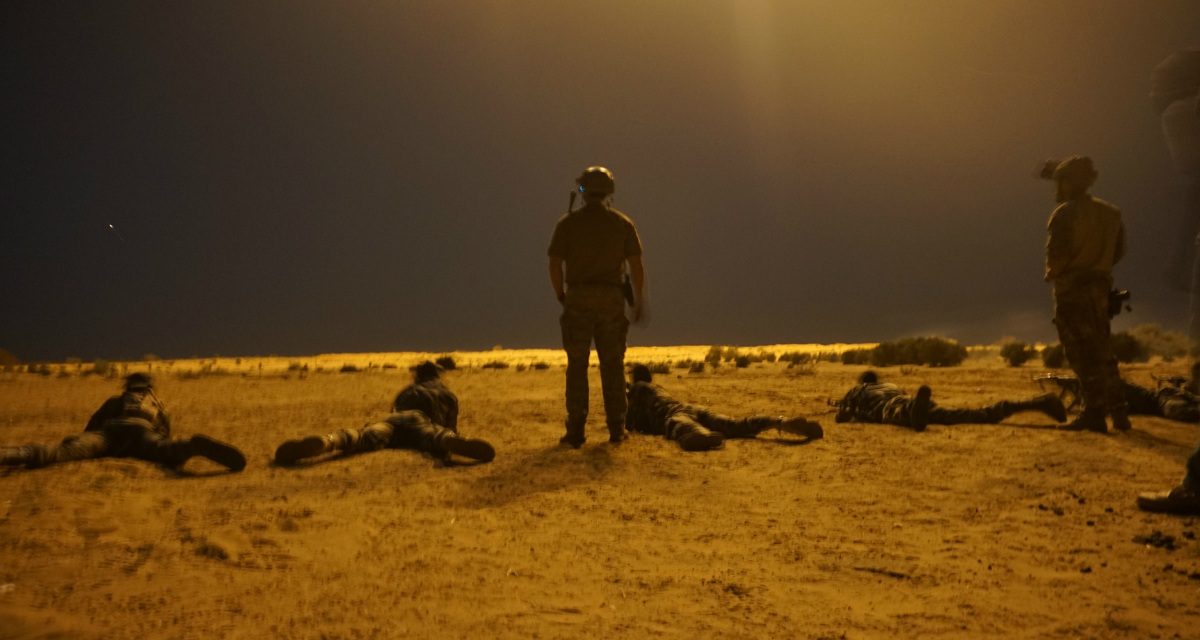 The furor over the recent loss of four Army Special Forces soldiers’ raises the grandest question of them all: Why?

To answer, we have to peek through the fog that often clouds military operations—to reveal an uncomfortable truth.

Two rigid, bloody axioms govern the logic of military operations: time is often more valuable than human life, and the good of the many nearly always matters more than the few.

Shared to some extent with cops and firefighters but wholly different from almost any other profession’s experience, these are most commonly confronted by professionals in the military arena. It would be absurd to ask a doctor to willingly accept his own death to purchase another hour for a patient’s life. Or a lawyer to potentially end her own life in return for saving two clients from death row. But that’s precisely what we expect of the military profession.

Expressed mathematically, the proposition often reads: X warriors risk death to achieve Y objective which will provide a military advantage for Z time. This can mean the deaths of many warriors to achieve a minor objective for a small amount of time; it can, alternately, be risking few warriors to gain a great objective for some substantial time period. Effectiveness matters more than efficiency, but in rare cases, some commanders achieve both.

Such has been the source of many heroic tales. One prominent example is the famed Spartan “300” that held against the overwhelming Persian hordes at the Battle of Thermopylae, a successful defense that provided the time necessary to rally the rest of the Peloponnese to counter and expel the invaders.

Or, Eliot Cohen recently related a story about Israeli Air Force pilot (later Maj. Gen.) Amos Yadlin and his role in Operation Opera, which struck the Iraqi nuclear reactor at Osirak in 1981. “When they were planning that operation,” Cohen said, “they were told, ‘don’t expect to come back.’” In response, Yadlin, the “hot shot” of the eight pilots to go on the mission, asked the chief of staff how long he thought the mission would set back the Iraqi program for. “And the answer they got,” Cohen continued, “was six months to a year.” The raid exposed eight airmen to the risk of death so the Israeli public might be spared an existential threat from a hostile country for a few months.

Sometimes, the time horizon is even shorter. On July 2, 1863, the First Minnesota Volunteer Infantry Regiment was at Gettysburg with the Union’s Army of the Potomac when Confederate Gen. Robert E. Lee’s 70,000 soldiers hit both ends of the Union line.

During that day, another Union corps advanced in such a way that left a gap in the Union line, creating an opportunity, as dusk approached, for a Confederate brigade of 1,100 to cut the whole Union force in half and cause a collapse.

That’s when Union Maj. Gen. Winfield Scott Hancock, commanding the Union center, ordered the vastly outnumbered 289 men of the First Minnesota in to plug the gap against the Confederate brigade. Hancock later said: “I would have ordered that regiment in if I had known that every man would be killed. It had to be done.”

William Lochren, a second lieutenant taking part in the First Minnesota’s attack, would later recall, “Every man realized in an instant what that order meant—death or wounds to us all; the sacrifice of the regiment to gain a few minutes’ time and save the position and probably the battlefield.” The First Minnesota lost 82 percent of its numbers to death, wounds, or capture, worse than any like unit in the entire Civil War. But that bought Hancock’s corps the five minutes he later said he had needed to shore up the line, enough to continue momentum toward what was ultimately a decisive victory for the Union cause.

Sometimes the tactical engagement is a high-stakes few seconds. On November 13, 2010, then Lt. Gen. John Kelly gave a speech about the loss of two Marines in Iraq (thoroughly grieved, no doubt, having lost his own son in Afghanistan four days earlier). The two Marines were killed in a vehicle-borne suicide attack, and, miraculously, the detonation left intact a security camera that kept a video record of the Marines’ last six seconds.

From the far end of an alleyway, a truck emerged with clear intent to break through the two Marines’ guard position to attack the American and Iraqi barracks to their rear. There was no time to radio for guidance; they had standing orders to “let no unauthorized personnel or vehicles pass.” Kelly described how, after a couple seconds, the vehicle made it “halfway through the barriers. . . gaining speed the whole time.” The two Marines responded immediately. The “recording shows the Marines’ weapons firing nonstop, the truck’s windshield exploding into shards of glass . . . [and then] the truck careening to a stop immediately in front of the two Marines.” Maybe a second later, the truck exploded.

Kelly reiterated, “By all reports and by the recording, [the two Marines] never stepped back. They never even started to step aside. They never even shifted their weight. With their feet spread shoulder width apart, they leaned into the danger, firing as fast as they could work their weapons.” Until the last moment of their lives.

That’s the logic: risking death in exchange for months, minutes, and moments; for millions at home, to hold a line, to protect others.

This kind of radical utilitarian calculation runs right against self-interest—to trade one’s own life for time or that others might live. But societies are built on this foundation of security; our biology selects for it. Harvard scholar E.O. Wilson has described a “theory of eusocial evolution,” which accepts that while natural selection remains predominant, human development favors traits that “introduce highly cooperative behavior into the physiology and behavior of group members.” This suggests men and women in uniform are at least partly wired to sacrifice for society’s benefit.

Whatever the results of the ongoing investigation into the too-early deaths of the four Special Forces soldiers in Niger, it is especially important to remember, at times when it is most difficult to do so, that their loss was a gain for all Americans. They were training and advising Nigerien soldiers to more effectively fight terrorist groups in North Africa, a low-personnel, long-haul effort that provides security dividends hard to specify but certainly worthy of their honorable sacrifice. The logic of military operations may be savage, but noble; something to respect, but never to like.

Maj. ML Cavanaugh is a US Army Strategist and Non-Resident Fellow with the Modern War Institute at West Point, and looks forward to connecting via Twitter @MLCavanaugh.