Fractures in the Extremist Landscape: Understanding and Exploiting Jihadist Fratricide 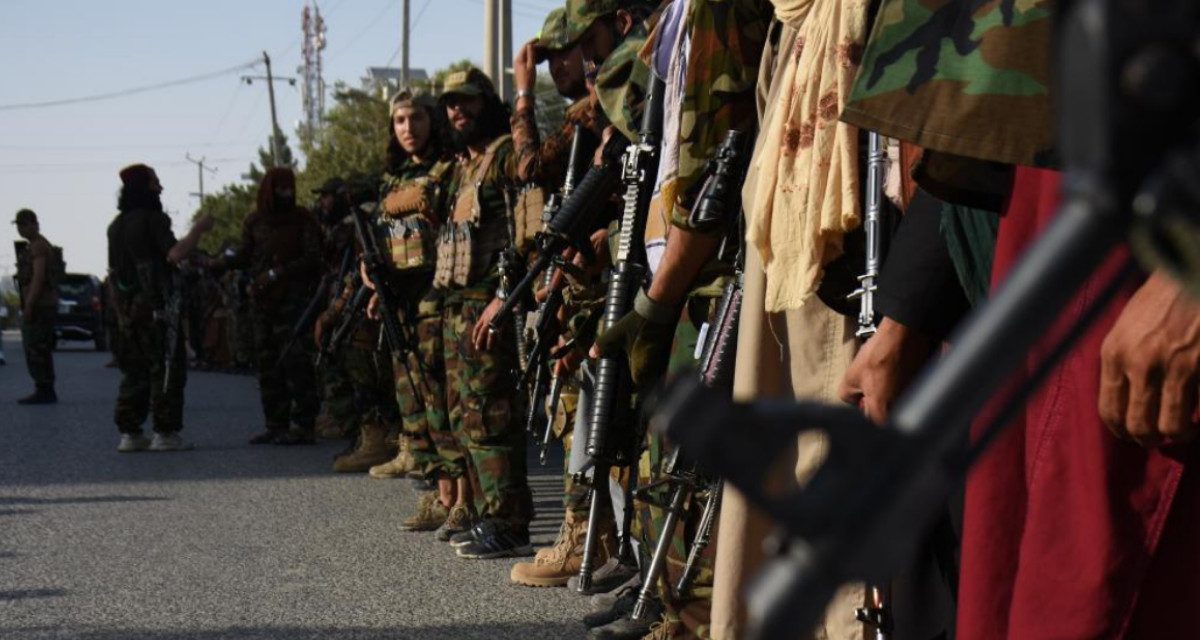 The August 2021 Taliban takeover of Afghanistan was not just bad news for the West: for the local chapter of the Islamic State, known as the Islamic State Khorasan Province (ISKP), it was the worst possible outcome. US airpower had targeted ISKP for years, but it had succeeded primarily in killing the group’s leaders while only modestly harming fighters as a whole. Instead, it was a concerted Taliban offensive in the northern Jowzjan province, and later in the eastern provinces of Kunar and Nangarhar, that came close to eliminating ISKP. Now that it controls Afghanistan, the Taliban has prioritized ending ISKP’s presence in the country. Despite reports indicating that ISKP activity has spread around the country, the Taliban has intensified its crackdown through the deployment of special operations forces and regular night raids, while ISKP has so far reported more than seventy skirmishes between the two groups.

Thousands of miles away, the two most prominent jihadists in West Africa were killed by their rivals within a span of three months. The long-sought-after leader of Boko Haram, Abu Bakr Shekau, was killed in May 2021. Yet neither the Nigerian army nor Western drones conducted the strike. Rather, Shekau’s old comrades in the Islamic State in West Africa Province (ISWAP) ambushed him and ended his reign. In August, Boko Haram took revenge by killing the ISWAP leader, Abu Musab al-Barnawi.

These events all trace back to events that occurred in Syria in 2013–2014. By analyzing the trajectory of the modern internal jihadist conflict, policymakers can better understand—and exploit—the fragmentation and ongoing infighting within these extremist networks.

The trend of intra-jihadist conflict is rooted in the expansion and division of jihadist groups in Syria that began over a decade ago. During the summer of 2011, six members of the Islamic State in Iraq crossed the border to Syria to set up a local chapter of the Islamic State. They named the group Jabhat al-Nusra, and over the following two years, they managed to turn the group into one of the most dominant forces among Syria’s militant opposition. Jabhat al-Nusra was formally subordinate to Abu Bakr al-Baghdadi’s Islamic State in Iraq, but step by step al-Nusra leader Abu Muhammad al-Julani rejected the instructions he received from Iraq. Al-Baghdadi eventually sent a team of high-ranking leaders to Syria to settle the growing dispute, to no avail.

The Islamic State in Iraq reacted to this failure by entering Syria and ordering the dissolution of Jabhat al-Nusra and its reintegration into the Islamic State. Yet al-Julani instead pledged his allegiance directly to al-Qaeda leader Ayman al-Zawahiri, who was then involuntarily drawn into the dispute. Al-Zawahiri eventually issued a ruling via internal letters that favored al-Julani, but al-Baghdadi objected. This led to a split between al-Qaeda and its Iraqi affiliate in February 2014.

Although confrontations between the Islamic State and other opposition groups had occurred in the months prior, the organizational split inaugurated the jihadist civil war in Syria. Following their formal separation, al-Qaeda (represented by Jabhat al-Nusra) and Islamic State fighters targeted one another, and regular skirmishes erupted as the groups fought for control of territory.

At the same time, these groups and affiliated ideologues formulated a legal legitimization of infighting through a string of speeches and statements. These were supposed to establish a theological foundation to facilitate attacking or defending against rival jihadists. Islamic State leaders developed binary, us-versus-them rhetoric. The unsurprising result was an increasingly polarized and fragmented movement.

Because of the Islamic State’s rhetoric, the unfolding conflict expanded beyond the Syrian theater. With the jihadist movement divided into two opposing camps and the establishment of a legal rationale legitimizing conflict between them, opportunities abounded for the conflict to spread to other countries in which the Islamic State maintained a presence alongside rival jihadist groups.

The fratricide first migrated to Afghanistan, Somalia, and Libya (2015), then Nigeria (2016), Egypt (2017), and Yemen (2018), before finally erupting in the Sahel (2019–2020). In these countries, existing jihadist groups either shifted their sympathies from one group to the other or splintered. This dynamic underlined that internal divisions were not simply a phenomenon driven by local factors in the Syrian conflict, but rather the product of diverging perceptions, ambitions, and ideology within the global jihadist movement.

Although direct military confrontations have been modest in most regions, they have intensified in Afghanistan and in the Sahel and West Africa, with severe consequences for local jihadists. The extreme nature of this development is epitomized in the fact that the fratricide not only involves infighting among groups within the same movement and who share overall ideological tenets, but between former brothers-in-arms who used to fight side by side. For example, before they started killing one another, Jabhat al-Nusra used to be part of the Islamic State in Iraq; the Islamic State in Khorasan was established by senior commanders defecting from the Taliban either in Afghanistan or Pakistan; the Islamic State in Somalia similarly emerged from elements leaving al-Shabaab; and Boko Haram used to be part of the Islamic State in West Africa Province. And after Jabhat al-Nusra disassociated from al-Qaeda in the summer of 2016, it started targeting al-Qaeda loyalists in Syria organizing under the Hurras al-Deen label.

A major question remains: Why do jihadists engage in—and even prioritize—conflicts with other jihadists with whom they often share a history, grand strategy, and ideology? They largely seek the same ultimate objective but disagree about the methods to reach that objective and other minor theological issues. For example, these include the criteria for establishing an Islamic political entity and the process of declaring someone an unbeliever. Existing explanations for intra-jihadist conflict tend to argue that extremist ideology is at fault, causing jihadists to turn against one another. Extremism alone, however, is insufficient to explain jihadist fratricide and not least, its timing.

Instead, intra-jihadist conflict is better explained through a conventional power politics rationale. Groups fight because they want to dominate and because they strive for some degree of hegemony. Certain groups view themselves as representing the one and only religiopolitical authority on either a local, regional, or global scale, whereas others view themselves as one among equals. The Islamic State’s declaration of a caliphate, for example, represents a claim to be the only legitimate Islamic authority, whereas al-Qaeda generally views itself as one fighting group—albeit the preferable option—among many. These diverging perceptions inform not only how groups view themselves but also how they engage with other groups, whether through cooperation or conflict. Unsurprisingly, those seeking hegemony are prone to challenge rival jihadists that they view as competitors.

Still, despite largely being driven by a political rationale, jihadists exclusively frame their conflicts through a theological discursive framework.

The Enemy of Our Enemy is Our Opportunity

Although Western policymakers and counterterrorism professionals have not played a direct role in the development of the intra-jihadist struggle, the fratricide, fragmentation, and polarization of these groups provide opportunities for them to exploit.

The most direct and obvious advantage of the jihadist fratricide is that many jihadists are killed not by Western or local militaries, but by rival jihadists. Between 2014 and 2019, approximately eight thousand jihadists fell victim to fratricide. That number—drawn from both jihadist primary sources and encrypted platforms and from the Uppsala Conflict Data Program, is likely a conservative estimate, and it has risen since. For the enemies of jihadism, that is good news.

While these fatalities are a direct illustration of a positive outcome of the fratricide, there are other less obvious advantages too. The internal conflict that began in 2014 has set a precedent that is likely to affect intra-jihadist relations in the future. Jihadists have authored a powerful literary corpus enabling and legitimizing internal violence that may drive volatile relations for future generations of militants. Additionally, internal conflicts redirect jihadists’ strategic focus and resources from their battles against local political regimes or international actors.

Finally, intra-jihadist conflict opens three major opportunities that state actors can exploit to weaken the jihadist movement further. First, state actors could conduct psychological operations to amplify existing divisions and sow further discord among jihadists. For example, this could include the dissemination of misinformation and rumors that aggravate already existing tensions between and within groups, such as on the issue of engagement with non-jihadist actors. A second option is to provoke group fractionalization through political engagement, which hardliners in the group are unlikely to tolerate. For instance, if Western nations were to engage more directly and explicitly with Hayat Tahrir al-Sham in Syria, the group would face severe internal criticism and risk splintering. A third option is to provide direct support for one actor against a common enemy. While this might appear to be a distant option for most policymakers in the West, it would not be unprecedented. For example, from a counterterrorism perspective, assisting the Taliban to defeat ISKP would make sense—even if it is politically unpalatable.

Ultimately, political rifts and fratricide within the jihadist movement weaken these extremist groups. The question remains whether Western policymakers and military leaders are willing to further exploit these divisions to their advantage.

Dr. Tore Refslund Hamming is Director of Refslund Analytics and a Senior Fellow at the International Centre for the Study of Radicalisation, King’s College London. He is the author of Jihadi Politics: The Global Jihadi Civil War, 2014–2019 (forthcoming, Hurst/OUP).