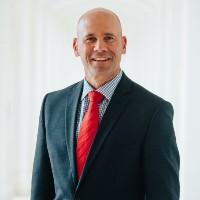 Col. (Ret.) Frank Sobchak, PhD, has taught at the US Military Academy at West Point, the Joint Special Operations University, Tufts University, the Fletcher School of Law and Diplomacy, and the Massachusetts Institute of Technology.  He holds a BS in military history from West Point, a MA in Arab studies from Georgetown University, and a PhD in international relations from the Fletcher School of Law and Diplomacy. During his twenty-six-year career in the US Army, he served in various Special Forces assignments including leading teams and companies in 5th Special Forces Group advising foreign militaries and representing US Special Operations Command as a congressional liaison.  He served in peacekeeping operations in Kosovo and in combat in Iraq.  His final assignments included garrison command.

He led the Army effort to publish an official history of the Iraq War.  That effort spanned five years and included the declassification of over 30,000 pages of documents and several hundred interviews in addition to having access to a similar sized set of documents and interviews that had not yet been released.  The project’s culmination resulted in the publication of the 1,500-page two-volume set, The U.S. Army in the Iraq War.

He has been a frequent contributor to television, radio, and print interviews for topics such as Middle East security matters, defense reform, the impact of technology on intelligence and espionage, civil military relations, and special operations forces.   He is a contributor (fellow) at the MirYam Institute, a 2023 Smith Richardson Security and Policy fellow, and has been published in Newsweek, Time, The Wall Street Journal, The Jerusalem Post, Defense One, The Hill, and the Small Wars Journal.  His twitter handle is @abujeshua.