From Electronic Warfare to Cyber and Beyond: How Drones Intersect with the Information Environment on the Battlefield 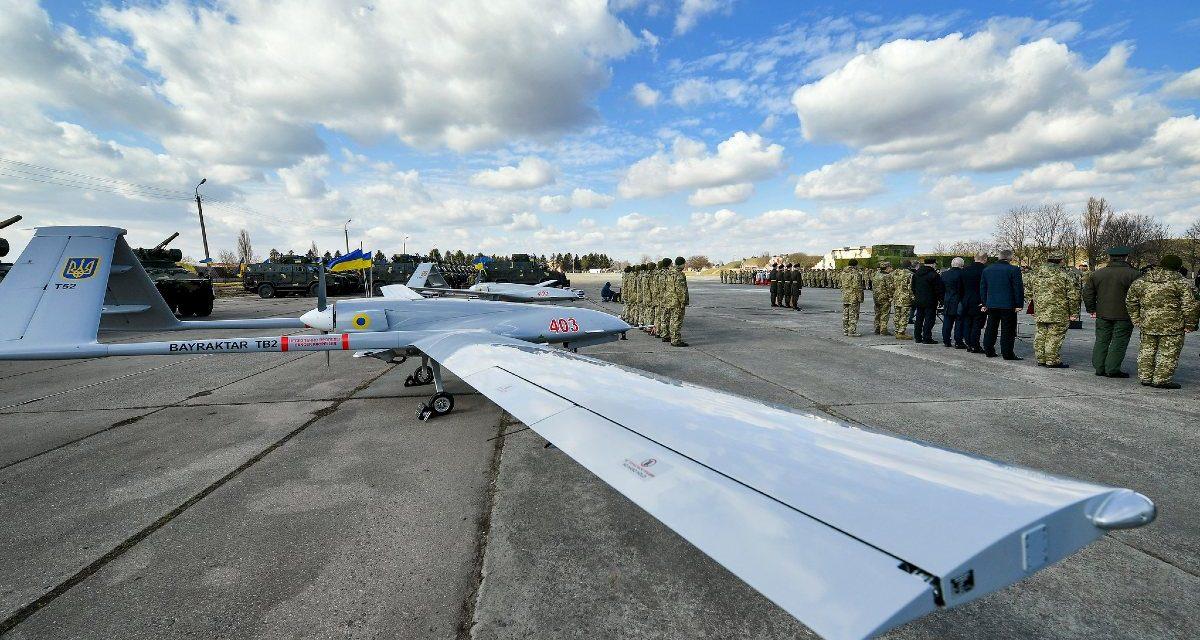 Editor’s note: This article is derived from “InfoSwarms: Drone Swarms and Information Warfare,” forthcoming in Parameters.

In the ongoing war in Ukraine, both sides have used drones. The Ukrainian military has used Bayraktar TB-2 drones to carry out strikes, conduct reconnaissance, and collect video that features in propaganda. Even Ukrainian civilians have joined the effort—just as civilians from widely divergent backgrounds have volunteered by assembling Molotov cocktails, manning defensive positions, and facilitating the movement of supplies, an NGO made up of volunteers is customizing drones used daily in the war. On the other side of the blurred front lines, the Russian military is also using small drones to direct artillery, while the Orion carries out occasional strikes.

Together, the unfolding conflict offers a glimpse into the future of drone warfare. But what we’re seeing is just the beginning. Global militaries are building unmanned ground vehicles like the Russian Uran-9, large unmanned surface vessels, unmanned undersea vehicles, and large aerial swarms like the Perdix.

Drones have become an increasingly broad category of platforms—and will only become more so as technology continues to advance. They can be used on land, at sea, or in the air, and will soon likely feature in space. Beyond all of these domains, drones’ interaction with warfare’s information environment requires special attention. In particular, how do they relate to specific dimensions of information warfare—from electronic warfare to psychological operations? And how do they intersect with the information components of the space and cyber domains? Modeling, simulation, wargaming, exercises, policy analysis, strategic analysis, and everything in between—all are needed to fully understand the military implications of drones. All of these, however, need to be based on a fundamental initial understanding of the nexus between drones and the information environment, both where that nexus is today and where it will migrate in the future.

Drones typically depend on the electromagnetic spectrum to receive commands. This may include where to move; when, what, and where to attack; and everything in between. Jamming those signals would disrupt the drone, regardless of whether it’s flying in the air, sailing at sea, or driving on land. Soldiers can think for themselves and strategize without communications, but drones cannot. Unsurprisingly, jammers are the most common form of counterdrone system with over 70 percent of counterdrone systems incorporating jamming as a standard feature.

Greater autonomy may reduce dependence on the electromagnetic spectrum, because fewer commands are needed for operation. Yet, greater autonomy may also increase cyber and space warfare vulnerabilities, because the system will require more complex computing, perhaps using GPS to navigate. Greater autonomy may also mean the drone is more vulnerable to manipulation: In 2011 Iranian forces captured an American RQ-170 Sentinel drone, claiming to have sent it false GPS signals to get it to land. US officials publicly dismissed Iran’s claim, saying instead that operators lost control of the drone—but the episode nonetheless draws attention to the very real prospect that increased autonomy could lead to increased vulnerability.

Compared to electronic and cyber warfare, the relationship between drones and space warfare is at a more rudimentary stage, making projections on the form that relationship might take more variable. Satellites support drones by providing communication links for flight that extends beyond visual line of sight and localization through GPS. Small aerial drones use GPS to support autonomous navigation, to include simple actions like hovering over an area; however, GPS is not technically required (though in the United States, it is required to meet various Federal Aviation Authority regulations). Larger systems like the MQ-9 Reaper that fly thousands of miles from their operators definitely need GPS, though the Air Force is developing technology for navigation in GPS-denied areas. Targeting satellite constellations would allow an adversary to disrupt numerous unmanned systems over a broad area, in addition to whatever systems rely on those satellites.

Drones are great vehicles for collecting and disseminating propaganda. The Ukrainian military has released several videos of Bayraktar TB-2 drones loitering above—and then destroying—Russian vehicles. Ukrainian patriots even wrote an uplifting ballad using the videos to celebrate the TB-2. The Ukrainians are not the first to recognize this potential. The Islamic State has also used drones to photograph, record, and share its battlefield successes. Drones can also be propaganda themselves by helping an organization show itself as a powerful, modern power.

At the same time and also related to the information effects of drone use, there is growing public concern around the use of autonomous weapons. A January 2016 Ipsos poll found 61 percent of respondents opposed autonomous weapons, including strong majorities in several NATO countries. As autonomous weapons scale into drone swarms those concerns are likely to grow. And as these swarms grow in size, weaknesses of artificial intelligence may result in drone swarms becoming future weapons of mass destruction. Weapons of mass destruction carry significant normative and policy implications, where use may bring into play international treaties, economic and diplomatic sanctions, and military interventions. This would likely incentivize states to use information campaigns to tap into those norms and weaken adversaries’ political standing. The challenges of verifying autonomous weapons use offer ripe opportunities for disinformation to create uncertainty around the fundamental question of whether an autonomous weapon was really used.

All of this means several things for the US military. First, at the tactical level, commanders need to consider the information environment when deploying drones on the battlefield, especially in mass. Commanders may need to deploy dedicated defenses against electronic warfare, take appropriate countermeasures to protect a range of vulnerabilities, and at times perhaps even rethink the deployment. Commanders also need to think about how information warfare systems interact with other systems in countering drones. For instance, if a platoon faces a mixed swarm of ground and aerial drones, how might jamming support antiair and antivehicle weapons? Commanders will require appropriate training and education prior to battle—and be able to rely on appropriate doctrine when challenges emerge—to help them make informed decisions.

Second, larger, technical analyses are needed to better understand how information warfare interacts with drones in various situations. The descriptions above are simply a starting point. Modeling and simulation should be conducted to identify the most effective information warfare means to counter different types of drones, in different numbers, working across different (or multiple) domains. Wargames, exercises, and simulations may also explore the effects of unmanned systems in various offensive information roles, like electronic attack, to better understand the trade-offs between unmanned and manned systems and develop attendant concepts of operations.

Ultimately, we can confidently predict that the nexus between drones and information warfare will become an increasingly significant one on the future battlefield. Yet, although that connection is critical to the future use of drones, our understanding of it is rudimentary. That needs to change.