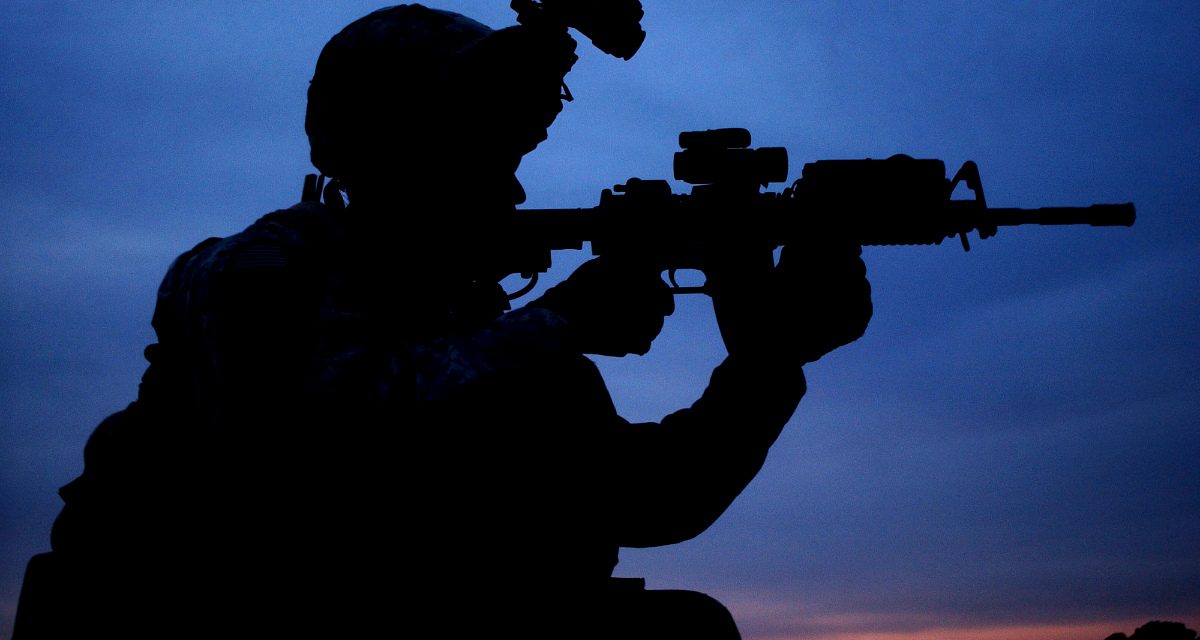 The US Army has been the world’s most dominant ground combat force for decades. But it now faces an uncertain question as to whether it can retain that dominance in the decades to come. To do so, it must take a hard look at the service’s priorities. For years, the service’s top priority has been readiness. While that remains important, it now needs to drop to the number two spot on the Army’s priority list, replaced by something else: the future fight. Specifically, developing future capabilities, technologies, and concepts should be the Army’s number one priority. Without considering such a change, the Army’s continued ability to fight well today will come at the cost of its ability to fight supremely tomorrow.

Upon assuming the duties of US Army chief of staff in August 2015, Gen. Mark Milley announced that “readiness is the number one priority, and there is no other number one.” In short, he directed that funding for the current fight (i.e., training at home station, rotations at combat training centers, and unit equipment) would take precedence over developing the future Army (his number two priority) and taking care of troops (number three). This prioritization made sense given the state of the Army and the context of the time. In Europe, the Army had withdrawn all remaining armored forces and cased the colors of its remaining Europe-based Corps command just prior to the 2014 Russian intervention in eastern Ukraine and annexation of Crimea. At the same time, ISIS emerged as a force that pillaged its way through much of war-torn Syria and a weak Iraq. All the while, North Korea, Iran, and China continued to defy the international community on things ranging from weapons development to malicious cyber activity. Prioritizing readiness made sense at the time and given that context. But as Gen. Milley prepares to depart his post, his successor as chief of staff of the Army must consider a new context, the conditions of which argue for transitioning to capability development for the future fight as the number one priority.

There is, of course, the issue of opportunity cost—essentially what must be given up when resources are committed to a particular course of action.” In the context of Army prioritization, every additional combat training center rotation (a necessary component of building readiness), for example, results in an equivalent opportunity cost for developing new technologies, weapon systems, vehicles, and concepts focused on the future fight. Although Gen. Milley’s 2015 announcement may suggest that prioritizing readiness was a shift, that’s not the case. Readiness—a unit’s ability to deploy and execute its wartime mission—has been the Army’s number one priority since the beginning of US operations in Afghanistan and Iraq. While the Army focused its budget, time, manpower, and resources on meeting immediate deployment and battlefield needs, the future Army paid the opportunity cost with no new armored vehicles, helicopters, or individual weapon systems since “the big five” of the 1980s.

One could argue that the Army is, in fact, placing great emphasis on developing new platforms and technologies with the creation of a Futures Command and announcement of its six modernization priorities. While the renewed emphasis is important, emphasis does not necessarily translate to prioritization. This modernization announcement followed the election of President Donald Trump, and subsequent massive defense budget increases forecasted for the coming years. This will likely prove extremely challenging, as the viability of expecting six major modernizations, each of which involves long-term research, development, and procurement timelines and all dependent upon congressional acquiescence to unchecked, consistent growth in DoD’s budget, is a dubious strategy of hope. This is why Army prioritization matters.

As readiness has been the Army’s number one priority since 2001, DoD has spent over $51.2 billion, just $10 billion shy of the entire Russian military budget of 2017 on canceled projects with nothing to show for the taxpayer. The Army, necessarily focusing on immediate readiness and wartime needs, canceled a new Ground Combat Vehicle, Crusader artillery system, and Comanche reconnaissance helicopter, all three of which represent capabilities that are desperately needed for the future fight. With readiness remaining as the number one priority, any reduction in the DoD budget will likely result in more delayed or canceled future acquisitions and concepts. This became readily apparent when a proposed 2.2-percent budget cut from $716 billion in 2019 down to $700 billion in 2020 sent DoD into a tailspin, with future acquisitions first on the chopping block in order to preserve readiness.

Senior Army leaders must ask tough questions as they look to the horizon of future competition and potential conflict with rising adversaries. Does the Army truly need to have two-thirds of its active duty brigades, and one third of its National Guard brigades, fully ready in order to deter and if necessary, immediately fight and win a war? Gen. Milley has already said, “I can assure you the US Army has sufficient readiness to take on whatever adversary the United States meets today or tomorrow.” So why the two-thirds/one-third readiness standard? This is an extraordinarily high mark to achieve when compared to the Army’s historical readiness prior to major wars in which vital, strategic US objectives were at stake. The Civil War, World War I, and World War II all showcased how an untrained and nearly non-existent US Army, with political determination, strategic patience, and the incredible fortitude of the American people, could become a premier fighting force capable of defeating its most formidable foes.

Although the advent of intercontinental ballistic missiles, cyber, electronic, and information warfare, and other features of modern conflict have greatly changed the strategic operating environment since these major wars, the fact of the United States’ overwhelming victories, all begun with a meagerly trained Army, should at least encourage us to question whether the two-thirds/one-third readiness standard—and the consequent opportunity cost to the future fight—is the right answer for American security. Certainly no one could ever advocate for allowing the conditions for a repeat of the Task Force Smith disaster of July 1950, when an untrained, poorly equipped US Army battalion was overrun by a rapidly advancing North Korean force. Readiness levels must be carefully managed to ensure the US Army can meet the immediate needs of sudden combat before training and deploying follow-on forces. Undoubtedly, this will require skillful collaboration between policymakers and diplomats, who play a role in shaping a favorable political operating environment, and senior military leaders, who must be prepared to deter, and if necessary, deploy with well-trained soldiers and the capabilities that enable them to fight and win with decisive overmatch.

As combat operations in our long post-9/11 wars continue to draw down, and with uncertain political dynamics wrapping the future defense spending in uncertainty, the US Army must consider making capability and concept development for the future fight its top priority in order to ensure that units, soldiers, and their vehicles and equipment are outfitted to dominate the fight tomorrow. When DoD’s budget inevitably tightens, the Army must make the difficult, but correct decision to protect funding for advanced artillery systems, next-generation combat vehicles, and air defense capabilities over protecting all aspects of unit training. Rotations at the combat training centers today may make the Army more capable in 2020, but they do considerably less for us in 2030, 2040, or beyond. This fact is especially magnified as our major combat platforms and weapon systems rapidly approach a half century in age and replacements continue to be delayed or canceled.

Does readiness remain important? Absolutely. But placing the future fight first on the Army’s priority list, combined with a smart approach to readiness, will ensure that our Army remains the dominant force, capable of supreme overmatch, for decades to come.