The Future of Deterrence: Keeping Nuclear Weapons Holstered Was the Easy Part 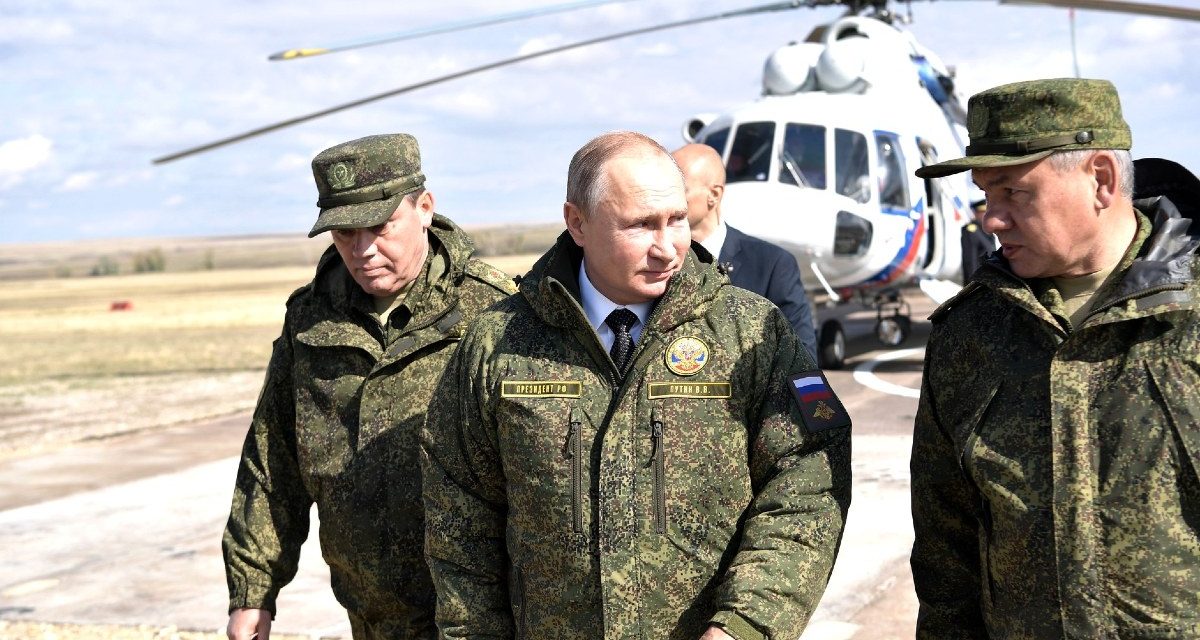 The readier you are to respond, the less you have to. This is the paradox at the heart of deterrence.

Nowhere is this more apparent than in the nuclear realm, where being absolutely prepared to respond to a nuclear launch has ensured no such attack has happened. Since 1949, when Russia tested its first atomic bomb and became the world’s second nuclear power, mutual deterrence between nuclear-armed states has meant these uniquely powerful weapons have never been triggered. For more than seventy years and counting, nuclear deterrence has a perfect record.

Given this success, it is tempting to apply the model to other defense and security threats—to deter them, as nuclear threats have been deterred, so they don’t have to be fought. Deterring hybrid threats, in particular, has garnered a large literature, and several promising initiatives.

But we should not expect any of these initiatives to be as successful as the nuclear model. This is because deterrence in the nuclear domain exhibits ten features that make it unique. Against other challenges, including hybrid threats, these same features are absent—or are exhibited only to a partial degree. They need to be understood in order to fruitfully plan deterrence efforts in the future.

1. Nuclear is binary. There can be no half use of a nuclear weapon. This is not the case with other forms of attack—there can be many degrees of a cyberattack, and a territorial incursion can be minor or transitory. How many “little green men” had to arrive at Sevastopol airport in 2014 before it was an invasion? The facts of nuclear physics create an automatic threshold for a response; the absence of equivalent natural trigger points in other forms of warfare makes it harder to deter when facing these challenges.

2. There are a small and known number of nuclear actors. Only nine countries have nuclear weapons: Russia, China, France, the United Kingdom, the United States, Israel, Pakistan, India, and North Korea. All of these actors are understood far more than threat actors in other settings. Terrorists’ capabilities, for example, are often unknown before they attack, and those who peddle malign influence operations specialize in disguising their intentions. When the character of a threat actor is unclear, that actor becomes harder to deter.

3. All nuclear actors are similar: they are all states, and generally rational. The resources needed to sustain a nuclear weapons program have meant that, so far, only nations have managed it, and all of them require a degree of rationality to make it work (even North Korea). Not so for other threats, where the actors tend to be much more diverse and the requirement for rationality is less prohibitive. From suicide bombers to lawfare, the range and diversity of non-nuclear challenges dwarf the relative conformity of the nuclear world, complicating deterrence immensely.

4. There is no attribution problem with nuclear. It is fairly easy to determine where a nuclear weapon came from—even a so-called suitcase bomb. The source of many other threats can be disguised, either deliberately through a false-flag operation, or because of the nature of the activity itself. The source of money used to corrupt a political system, for example, can be very hard to trace. If the instigators of an attack believe they cannot be identified, then a punishment will not deter them.

5. With nuclear, intention is clear. While an accidental nuclear launch is a theoretical possibility, it would not be credible for a nuclear state to assert that it set off its weapons “by accident.” Any nuclear use can be regarded as deliberate, and so met with an appropriate response. Since all nuclear weapon states accept this, they take great steps to eliminate scope for error within their strategic programs. But in other realms, intention can be very uncertain indeed. A new capability in space, for example, could be a technological advance for civilians, or a threat, or both. Where intention cannot be determined, establishing deterrence is hard.

6. Nuclear is the ultimate form of warfare. A conflict that escalates to the use of nuclear weapons cannot escalate beyond it. Hence, nuclear conflict is a uniquely closed system of deterrence, which simplifies the calculus. All other forms of attack may well garner a response elsewhere: the Russian use of chemical weapons on British soil in 2018, for example, was met with diplomatic and financial sanctions. Compared with the options to retaliate against a nuclear strike, the range of possible responses to non-nuclear attacks will always be larger, and so more complicated.

7. Nuclear attacks are existential threats. This means there is no option other than to deter them, which in turn means the deterrence strategy has to be credible and effective. Other hostile activities may be more tolerable, so they might not provoke a response, and this possibility makes it harder to establish a credible deterrent against them. This is especially true of incremental, cognitive, hybrid, and minor attacks.

8. Participants in a nuclear conflict share relatively even stakes. Again, this simplifies deterrence: because all contestants to a nuclear exchange would suffer catastrophic loss, their approaches will share some similarities. By contrast, asymmetries in other areas unsettle the normal deterrence model. Russia’s attacks on the democratic sphere, for example, are harder to deter because Russia itself is not a proper democracy, so simple reciprocity will not be effective.

9. Nuclear attacks occur in certain, known timeframes. Technology and ballistic trajectories mean that a nuclear attack and the response to it would take tens of minutes. This contrasts with the incremental creation of artificial islands in the South China Sea at one extreme, and super-swift actions in cyberspace at the other. Where threats are too fast for our normal decision-making systems to process, or too slow for us to regard the rate of change as significant, we are less likely to respond in a deliberate way.

10. The success of nuclear deterrence is self-reinforcing. Nuclear deterrence has worked until now, creating the reasonable expectation that it will remain effective: the so-called nuclear taboo is self-reinforcing. The reverse is true in other areas, especially where attacks have been successful in the past—it is much harder to deter the next information attack, for example, because several previous ones worked so well, diminishing the future credibility of deterrence in the information environment. Because actors look to the past when deciding how to influence the future, both good and bad deterrence models create positive feedback—feedback that pulls the successful nuclear model further away from less viable deterrence strategies.

Taken together, these ten reasons mean the perfect record of deterrence against nuclear use is exceptional. It is one of a kind—no other form of deterrence can be expected to come close. (Even biological weapons, which have never been used to inflict mass destruction in the modern era, have been used in targeted operations against high-profile individuals.)

But that does not make non-nuclear deterrence impossible. It just makes it complicated.

It means, for example, that to deter hybrid attacks, we need to improve our resilience against them. This is deterrence by denial, making it harder for adversaries to achieve their goals, and so dissuading them from gambling on a strike.

Also, it means we need to seek out common goals with potential adversaries, identify “win-wins,” and emphasise our values. Raw, interest-based calculations may not be enough.

And most of all, it means that, below the nuclear threshold, we should expect to carry out our deterrence threats from time to time. Non-nuclear deterrence can never be reliable, and sometimes it will fail. When that happens, we must respond. The surest way to doom deterrence in the future is to default on deterrence punishments we have promised in the past.

Even though warding off hybrid threats differs from nuclear deterrence, the paradox of deterrence still holds. As long as we are sure we are countering them in the right way, the readier we are to respond to hybrid attacks, the fewer of them we will have to face.