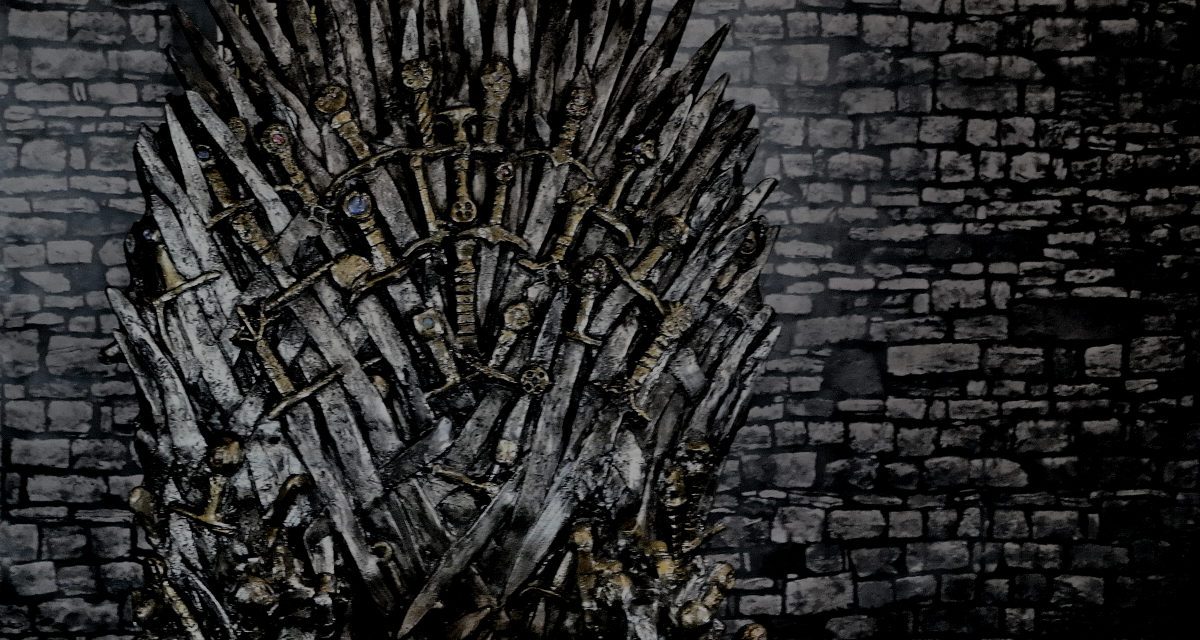 HBO’s Game of Thrones is the series that launched a thousand lessons into a million minds. A quick query online suggests that the show (and book series on which it’s based, “A Song of Ice and Fire” by George R.R. Martin) can teach us about subjects as diverse as debt, the workplace, flexible learning, digital marketing, game theory, the Magna Carta, parenting, the perfect wedding, and, yes, even the meaning of life.

Of course, whatever the series might offer in the way of helpful hints for matrimonial bliss or rat racing, the truth is that Game of Thrones, at its core, is about human conflict and war. And it has a lot to teach viewers about real war in an era of dangerous technology and deadly weapons.

It’s not just that it’s popular, though that helps—Martin’s five books having sold eighty-five million copies worldwide (in forty-seven languages) and the show’s airing in 170 countries. It’s that Martin as the original author, and D.B. Weiss and David Benioff as the series’s showrunners, have created the world’s most watched war, and they’ve done it by stealthily injecting military history into a story that’s already focused a global audience on a single conflict for longer than Tolstoy’s War and Peace.

If the news is history’s “first rough draft,” then Game of Thrones is history’s artful remix. To watch the show is to witness a just-slightly altered visual representation war’s history.

That’s because Martin executes brilliantly a simple formula he described at Manhattan’s 92nd Street YMCA in 2014: “Take something real as your root, but you make it bigger and more colorful.” His series is largely based on the English Wars of the Roses, and coincidentally the very date of the final season’s first episode happens to be the 548th anniversary of the Battle of Barnet. On April 14, 1471, the House of York won a decisive victory over the House of Lancaster, which doesn’t sound all that different from Game of Thrones’s Starks and Lannisters.

It’s not simply the story’s structure. Martin based a leading character on a Roman emperor. The show’s infamous “Red Wedding” was inspired by what’s known as the Black Dinner of Scotland. Most prominent, Martin devised The Wall, a massive ice fortification in the series’ far north, after visiting Hadrian’s Wall in northern England on a frigid fall day in 1981. Martin said he “tried to imagine what it was like to be a Roman legionnaire” stationed at “the last outpost of what they thought was the civilized world.”

Equally important, showrunners Weiss and Benioff have amplified Martin’s tale by showing the true chaos of combat. Throughout the television series, viewers witness sieges, amphibious assaults, naval gunfire, assassination, asymmetric warfare, raids, and brutal violence. Much, if not all, of it appears to be ripped from real history.

In particular, Weiss and Benioff essentially re-created a historical event in the sixth season’s “Battle of the Bastards.” Weiss said they wanted to put on screen a pitched battle, what he called a “staple of human history.” They modeled the fight after Cannae from the Second Punic War, when the “Romans,” Benioff described in a short, after-the-episode commentary, “got caught in an encirclement by Hannibal.” Benioff also said the scene’s suffocating combat and stacked corpses represented accounts from the American Civil War.

Such immersion in these scenes is a good thing for the public, who as citizens are charged with weighty decisions on war. With military history being taught in colleges less and less, and with fewer and fewer veterans in society, it’s not surprising that Kori Schake, co-editor of a recent book on civilian-military relations, says “the American public knows almost nothing about our military or what they do,” which she finds unhealthy for democracy. That’s not good, as former president Dwight Eisenhower famously warned Americans to maintain an “alert and knowledgeable citizenry” on these matters nearly six decades ago.

Fiction and film can serve as another method of educating the public on war and peace, which is likely what recently prompted award-winning historian Cathal Nolan, when asked to recommend a way to get civilians interested in military history, to answer, “movies.”

Of course, film and fiction will never replace fact. But they can be artfully used in service of fact, in particular because war fiction is “not an escape from reality,” as the philosopher Christopher Coker has said, but “animates reality.”

These lessons matter in a real world where oceans, borders, and great distances don’t stop threats the way they used to. Devastating weaponry has become so cheap that North Korea, with roughly the same economic activity as the Colorado Springs region (around $30 billion), possesses the ability to threaten American cities with nuclear strikes. In part for this reason, the Bulletin of the Atomic Scientists recently set its infamous “Doomsday Clock” at two minutes to midnight, the “closest it has ever been to apocalypse,” because the group sees today’s threats as a frightening “new abnormal.”

There’s an irony to Martin’s success in propagating lessons on war. The series that’s inspired so many to learn a little about war was conceived by someone who sat out the war that was the first fought onscreen in American living rooms: Vietnam. Though he never was a pacifist (he’s said he always felt “that sometimes war is necessary”), Martin asked for and was awarded conscientious-objector status during the Vietnam War and chose alternate national public service.

With Game of Thrones, Martin, Weiss, and Benioff have artfully fused entertainment and education in a way that’s brought war and human conflict into the homes and minds of many millions. Martin may have chosen to sit Vietnam out—but he, Weiss and Benioff, merit a medal for their creative public service in making this series a reality.

Millions will sit down every Sunday night for the next six weeks to be entertained by one of the most popular television series in history. In doing so, they’ll also have the chance to witness and appreciate the same forces that shape war and peace in the real world, and that’s a good thing.