Backing Down: Why Red Lines Matter in Geopolitics 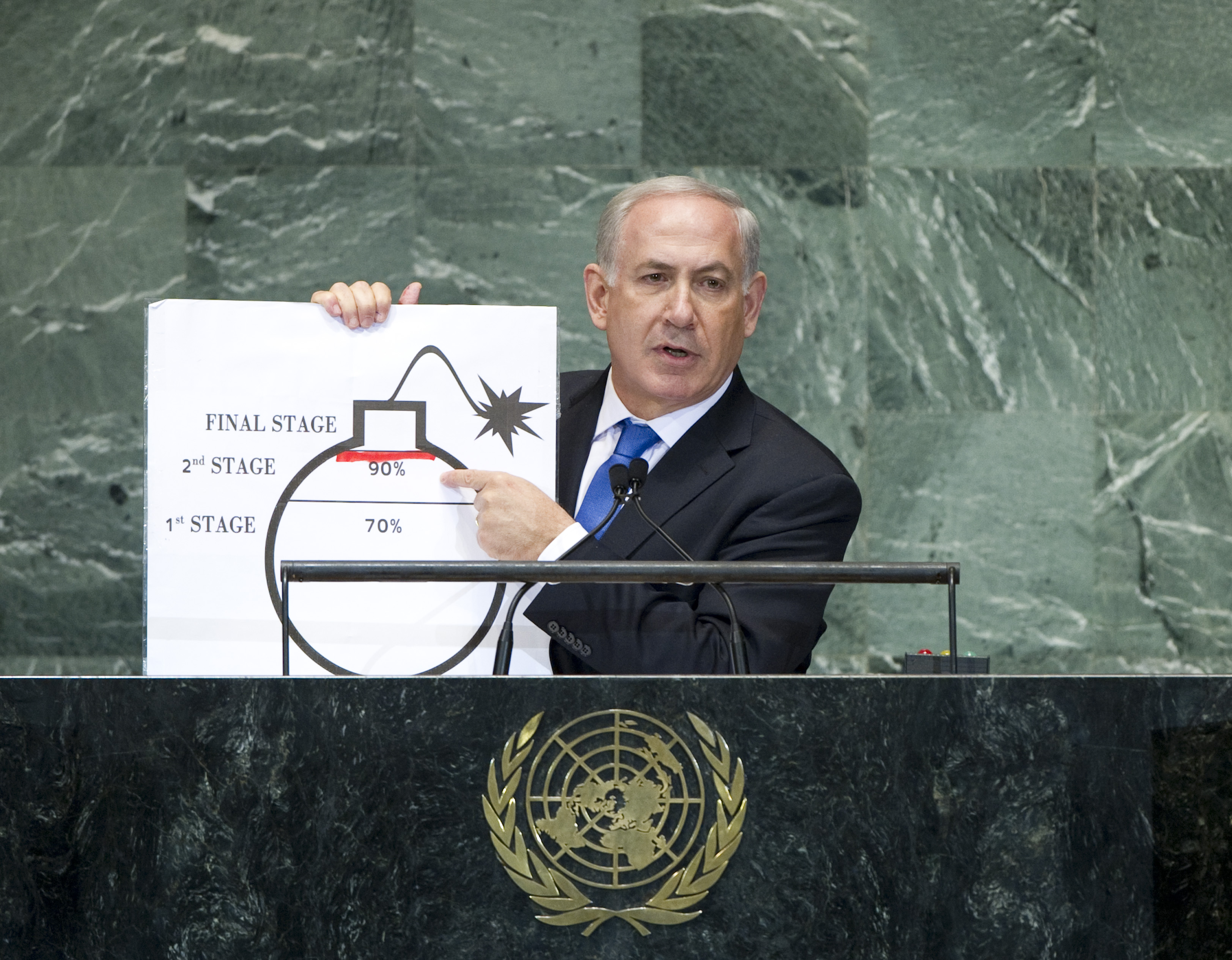 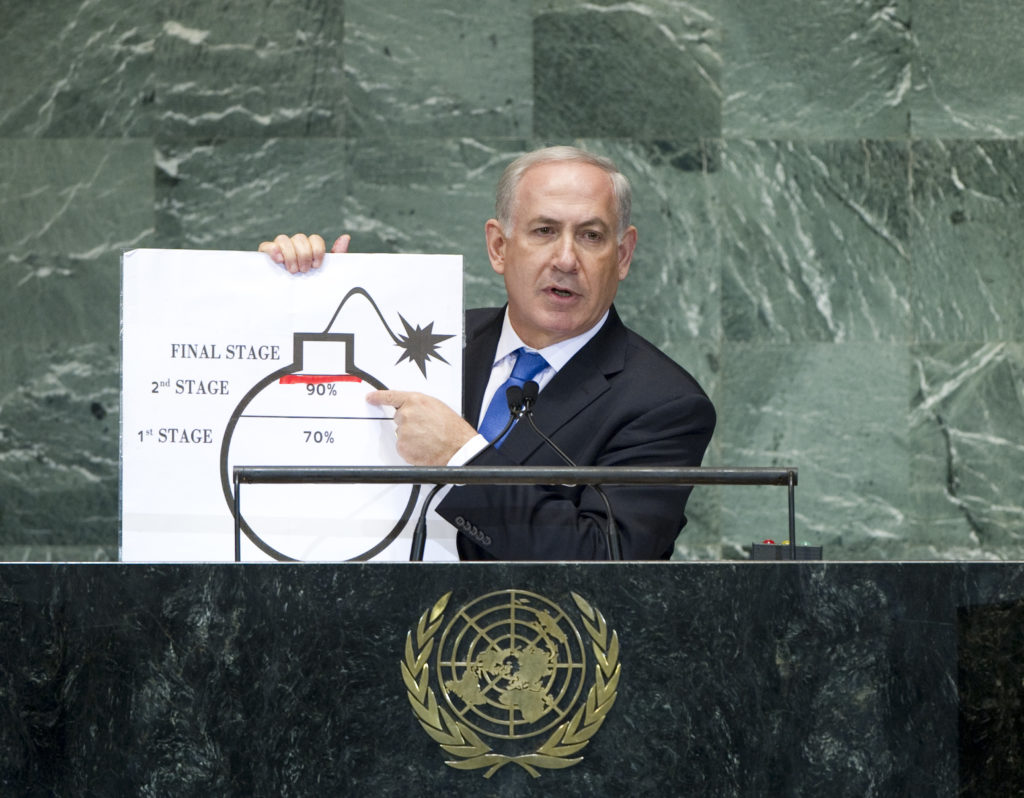 One of the rhetorical legacies of the past eight years that decision-makers’ bequeath to future generations is the phrase “red line.” Nearly every time a threat is issued, policy-makers refer to it as a “red line” so as to underscore its seriousness. A “red line” can be thought of as an unequivocal threat, a line in the sand that if crossed, the target would incur the full fury of the state that issued the threat in the first place. Two examples of red lines in the recent past stand out: Barack Obama’s red line over Syria’s chemical weapons, and Benjamin Netanyahu’s red line over the Iranian nuclear program. But what makes red lines credible? And what happens when a state fails to enforce its red lines? The answer to both questions is: audience costs, a theory (or hypothesis) that has been much debated by International Relations (IR) theorists for nearly two decades.

Originally formulated by James Fearon in a seminal article in the American Political Science Review, audience costs are the domestic political punishments leaders suffer for backing down in crises. Whenever leaders issue public threats, they place their nation’s reputation on the line. When they back down, they damage the nation’s credibility for keeping its threats (and promises), and reveal themselves to be incompetent when it comes to managing the nation’s foreign affairs. Accountable leaders, such as democrats and certain autocrats (such as the Khruschevs of the world), can be removed from power for such skullduggery. Unaccountable leaders (such as Stalin or Kim Jong-Un) may escalate and back down, damage their nations’ reputations but not endanger their hold onto power.

Because politicians are savvy, they are thought to issue few non-credible threats, making it difficult to find evidence of audience costs in the real world. Some scholars have looked for audience costs indirectly by looking for a relationship between regime type and the outcomes of crises. They found that democracies tend to prevail in crises and attributed this to their ability to generate audience costs. Survey experiments provided mixed evidence, with some suggesting the mass public would punish leaders who backed down while others suggested the public would not punish leaders who backed down if they could provide a plausible explanation for their behavior. Non-experimental studies critical of audience costs theory have challenged Fearon’s argument, suggesting that audience costs largely do not exist and do not have much of an effect on how seriously a state’s opponents take its threats.

In a recent paper published in the journal Polity, I take issue with much of the criticism audience costs theory has incurred. In an in-depth examination of the Second Lebanon War of July 2006, I find that the government of Ehud Olmert suffered limited audience costs, as evidenced by public opinion surveys. The conflict began with the kidnapping of two Israeli soldiers. Olmert issued a series of public threats, stating that Israel would fight until its two soldiers were released, Hezbollah was disarmed and, ultimately, expelled from southern Lebanon. The Israeli public overwhelmingly disapproved of Olmert’s performance during the crisis. However, he was able to retain office by expanding his coalition government while offering side-payments to other parties in the Israeli Knesset. Even still, after the war Olmert was effectively a lame duck.

This research is not purely academic. It sheds light on an ongoing debate and series of concerns policymakers have had over the credibility of democratic threats. This is particularly pertinent in a world where the rising powers are non-democracies. It also shows that what is sometimes considered “cheap talk” isn’t so cheap, as the case of Olmert demonstrates.

Additional puzzles remain. For examples, why are some leaders able to back down and retain office, but not others? A notable example is Obama’s red line over Syria’s chemical weapons – it was erased. Public opinion largely approved of his decision. Another notable example is the infamous Munich Crisis, which was greeted by both British and French audiences with approval because Chamberlain and Daladier had avoided war. Undoubtedly the debate over the sources, presence and effects of audience costs will continue. However, it appears that audience cost dynamics played a critical role in the downfall of the Olmert government after it failed to deliver on its threats during the Second Lebanon War of 2006.

Albert Wolf is an Assistant Professor of International Relations at the School of Public and International Affairs at ADA University in Baku, Azerbaijan.