Give up the Dream: North Korea Won’t Relinquish its Nuclear or Ballistic Weapons 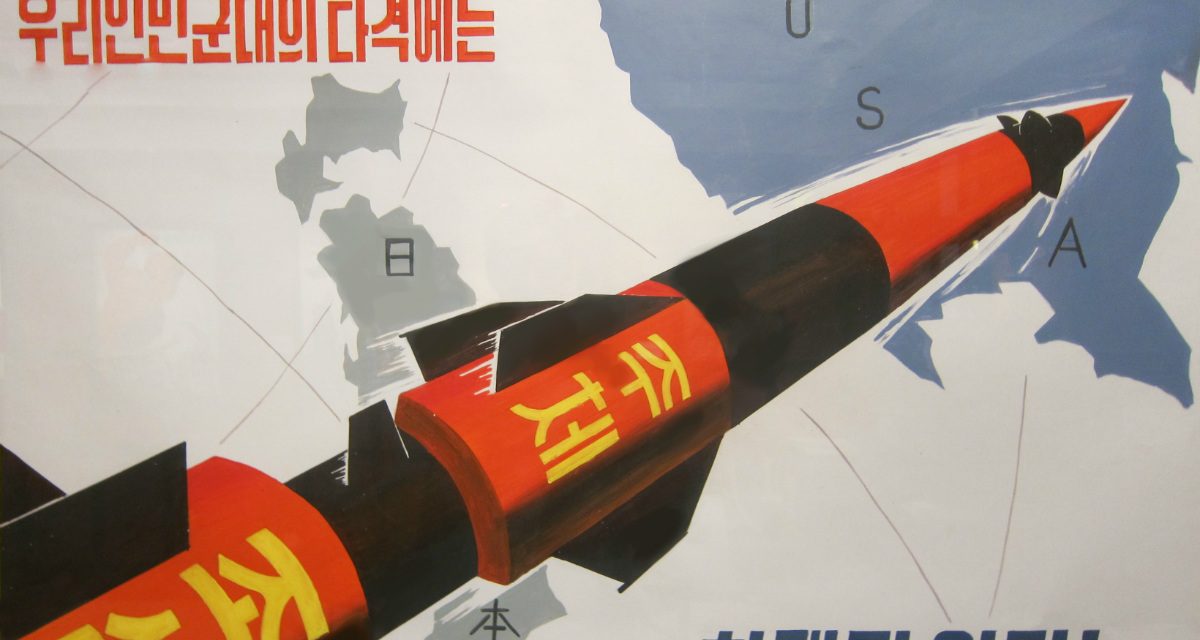 Bismarck once said, “Politics is the art of the possible, the attainable—the art of the next best.” The Trump administration needs to give up the dream of a nuclear-free North Korea and focus upon what kind of deal is possible. The United States should work to prevent reactive proliferation in Asia, to deter North Korea from selling sensitive materials to terrorists, and with China to prevent Pyongyang from adopting a provocative nuclear posture.

In Trump’s short time in office, the administration has unsuccessfully played the China card (and sent an “armada”). The House has also passed House Foreign Affairs Committee Chairman Ed Royce’s (R-CA) Korean Interdiction and Modernization of Sanctions Act (H.R. 1644). Among other things, this legislation threatens to sanction Chinese entities that do business with Pyongyang. (Their colleagues in the Senate are happy to follow the administration’s lead, busily preparing similar legislation.) Much of this is understandable. And irresponsible.

First, North Korea is unlikely to give up its nuclear and ballistic missile programs. Why? To ensure its survival and reputation. Disarmament could pave the way for foreign-imposed regime change. The lessons of Iraq, Libya, and, to some extent Syria, have been hardwired into the brains of successive North Korean leaders: denuclearization is the first step down the road to being overthrown. Furthermore, giving in to American and/or multilateral compellence will damage its reputation in the future, leaving it open to demands in the future.

Second, while many states have given up their nuclear weapons programs (from Argentina and Brazil to Iran and Italy), only four states that have crossed the nuclear rubicon have given up the bomb: South Africa, Belarus, Kazakhstan and Ukraine. All four had undergone a dramatic political change. Denuclearization also followed changes in norms surrounding the bomb as well as a desire to integrate with the West. No such impetus can be found in Kim Jong-Un’s regime.

The United States’ time is better spent curbing other Asian states’ interest in developing their own nuclear weapons. Reactive proliferation limits the United States’ ability to project military force, engage in coercive diplomacy, and deter aggressors, and it undermines the credibility of American defense guarantees. In order to curb states’ nuclear appetites, the Trump administration needs to avoid repeating the mistake it made in dragging its feet to reaffirm its commitment to NATO’s Article 5 and continue to foster deeper trilateral ties between Washington, Seoul, and Tokyo.

A second area the United States and its allies need to focus on is limiting North Korea’s ability to sell or transfer sensitive dual-use technology. H.R. 1644 does an admirable job in this arena by tightening up on Pyongyang’s access to international ports. Further steps are necessary, though, including beefing up the Proliferation Security Initiative. The bill also necessitates the creation of a declaratory doctrine that promises to retaliate against suppliers of weapons of mass destruction to terrorists.

A third source of concern is what North Korea’s nuclear posture will be in the near future. A catalytic posture is designed to chain-gang an ally (i.e., China) into a fight, while an assured destruction posture promises retaliation in the event of a nuclear strike. The most frightening possibility is that North Korea could adopt an asymmetric posture in which it would delegate command-and-control to commanders on the ground, or go so far as to embrace a first-use policy. This would make it tomorrow’s Pakistan. States typically undertake this posture when they fear an ally will abandon them or if they are facing a vastly more powerful conventional adversary.

China’s contribution to the situation has been a stabilizing one. While everyone would prefer a disarmed North Korea, reality dictates that this is not in the cards. The United States should stop attempting to compel China to abandon Pyongyang and recognize that the Sino-North Korean alliance plays a restraining role in the region’s politics.

America and its allies need to recognize that international politics is the art of the possible. North Korea will not give up its nuclear weapons or ballistic missiles. Policy should focus upon limiting reactive proliferation, deterring the sale of WMDs to terrorists, and working to prevent Pyongyang from adopting a provocative nuclear posture.