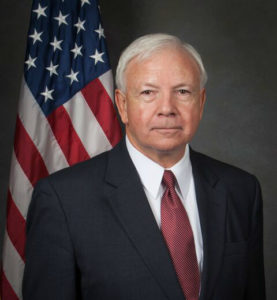 Lieutenant General (Ret.) William Glenn Webster, Jr. is a retired 37-year Army veteran who commanded units in Kuwait, Iraq, Afghanistan and the United States. He is a successful leadership and management coach to the private sector, as well as to the military. One of the Army’s premier trainers, Webster has been called upon to coach and teach executive-level leadership by municipal governments, charitable organizations, NATO, and the Kingdom of Saudi Arabia. He has served as a senior mentor for the U.S. War College, and worked for the Chief of Staff, U.S. Army.

A graduate of West Point, Webster commanded at every level from platoon to division and field army. His operational experience includes assignments with five different Army divisions, two combatant commands, and twice with a field army and land component command.

Webster is a graduate of the U.S. Military Academy, the U.S. Army Command and General Staff College, the U.S. Army War College, and he earned a master of arts degree from the School of Advanced Military Studies.