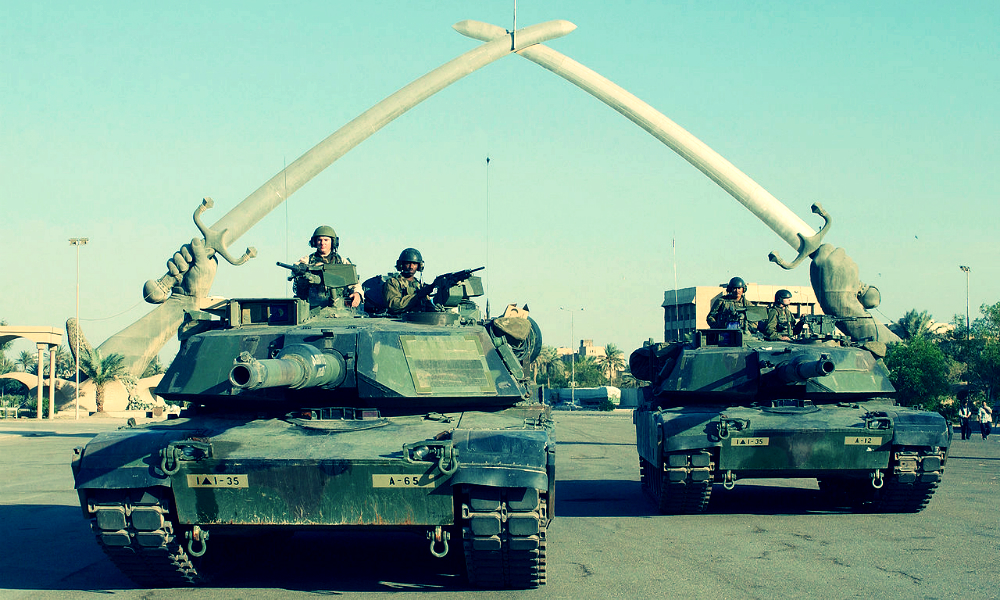 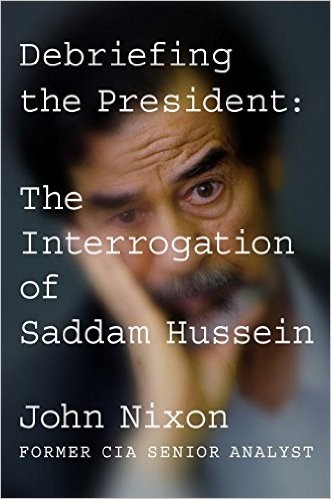 The judgment that the US war in Iraq was a colossal mistake is hardly new. With almost no dissenters, those who pay attention to foreign policy and national security issues recognized long ago that the invasion of Iraq and the abysmally mismanaged occupation that followed were a self-inflicted strategic disaster and brought on a tragically unnecessary humanitarian catastrophe. On those broad questions, former CIA analyst John Nixon’s Debriefing the President does not break any new ground. It does, however, shed more light on some of the details and circumstances of the American failure.

Ostensibly, as stressed by his title and subtitle and the portrait on the book jacket, Nixon’s account rests on his interrogation of Saddam Hussein after the Iraqi dictator’s capture in December 2003. In fact, the more significant disclosures in this book are not about Iraq or Saddam but about America and American institutions—about flawed culture and practices in the US intelligence establishment and the mind-boggling lack of knowledge and understanding in the national leadership that created the Iraq disaster.

To be sure, some of the things Saddam told Nixon during several weeks of questioning are striking. His acknowledgement that he was not actively governing Iraq in the period before the invasion but writing a novel while his subordinates ran the country is one notable example. Another is that rather than seeing himself as America’s enemy, Saddam felt that he and US leaders were on the same side against the tide of violent extremism among Sunni Muslims. A Sunni himself, Saddam recognized the precursors of the Islamic State as a threat to his own power. In his mind that common danger should have made his country and the United States “natural allies.” During his interrogation, Nixon writes, Saddam repeatedly expressed bafflement that Washington did not see things the same way.

Such revelations remain disconnected nuggets, however. They provide piecemeal bits of new evidence for the already well-established case that the Bush administration’s declared grounds for war—Saddam’s weapons of mass destruction and alleged ties with international terrorism—were unfounded. But Nixon’s accounts of his interviews do not come even remotely close to giving a coherent sense of Saddam or his leadership or any meaningful insights on Iraq’s journey during his nearly twenty-four years in power. He gives us essentially raw notes, a collection of quotes and observations that skip randomly from subject to subject and never form a consistent, intelligible narrative. (The material is raw in a different sense, too. With almost no exceptions, Nixon gives little or no indication whether other information has come to light in the intervening years that corroborates or casts doubt on Saddam’s statements.)

By contrast, whether it was the author’s intention or not, his picture of CIA bungling is more solid and coherent. To cite just one of many examples, he notes that before the invasion, the agency paid little attention to the Sunni–Shia sectarian divide in Iraq that would be the prime cause of the postwar chaos. Relying mainly on exiles and opposition sources who were mainly Sunnis, Nixon writes, “we convinced ourselves that the Shiites didn’t matter and that a Sunni strongman would likely be the successor to Saddam.” In view of everything that has happened since, one could argue, that was possibly an even more fateful blunder than the intelligence failure on Iraq’s weapons of mass destruction.

Two passages in this book are particularly chilling to read. One is Saddam’s prophetic warning about the US occupation. “You are going to fail,” he told Nixon. “You are going to fail in Iraq because you do not know the language, the history, and you do not understand the Arab mind.” Reading those words thirteen years later, one wonders what we have learned—if our knowledge and understanding have gotten any better and if the half-trillion-plus dollars spent on US intelligence programs over those years have actually made policy decisions any more intelligent.

A second chilling moment comes in a discussion of the CIA’s intelligence briefings for high-level officials and the practice that lets policymakers, not its own analysts, control the agenda. That approach works, Nixon writes, when a president or his senior advisers are knowledgeable enough to ask the right questions and able to accept answers that may be politically difficult. But, he points out, the results can be disastrous “when a president has strong preconceptions [and] a short attention span.” The reference is to past events, obviously, but at this particular moment it’s hard not to ask whether it might have meaning for the future, too.

Arnold R. Isaacs is the author of From Troubled Lands: Listening to Pakistani Americans and Afghan Americans in Post-9/11 America, available online at www.fromtroubledlands.net. A writer and former journalist and war correspondent, he has also written two books relating to the Vietnam war, Without Honor: Defeat in Vietnam and Cambodia and Vietnam Shadows: The War, Its Ghosts, and Its Legacy. Isaacs is based in Anne Arundel County, Maryland. The views expressed are those of the author and not necessarily those of West Point, the Department of the Army, the Department of Defense, or any agency of the US government.