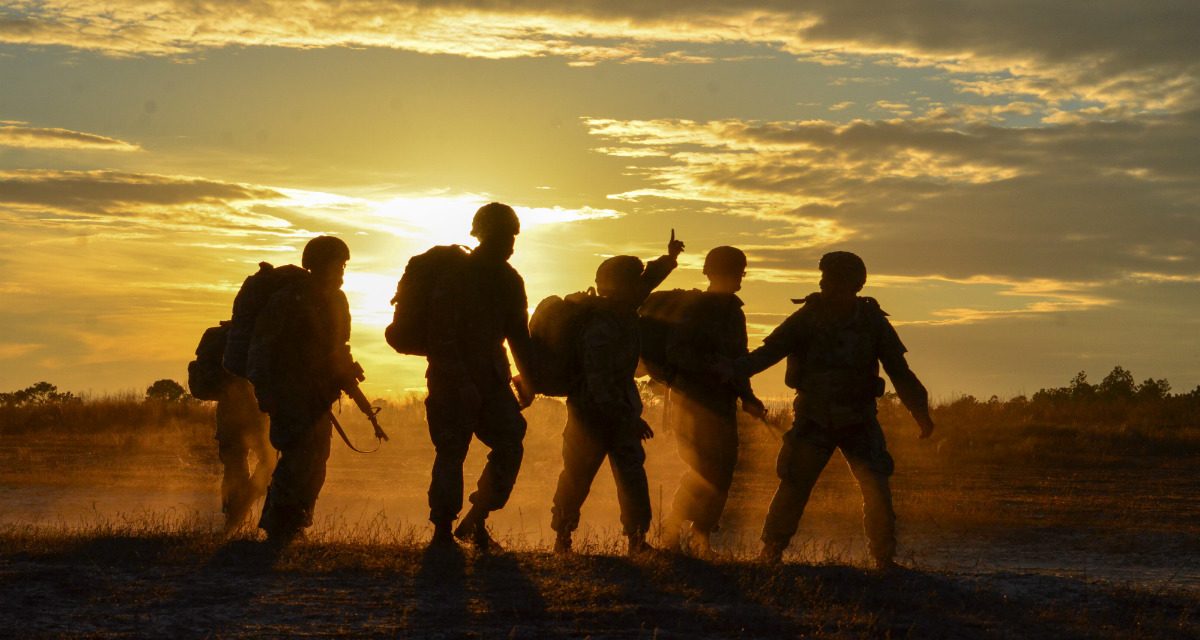 Sean McFate, The New Rules of War: Victory in the Age of Durable Disorder (HarperCollins, 2019)

Why does the United States get war wrong? Why does its use of force rarely achieve national security objectives? And how can this situation be remedied?

The New Rules of War: Victory in the Age of Durable Disorder, by Dr. Sean McFate, takes on the mammoth task of addressing these questions. In doing so, it becomes an exceptional new entry into literature examining modern warfare. The New Rules of War outlines contemporary trends, contextualizes them within a broad historical continuum, and lays out the ways, means, and ends for navigating this turbulent near-term future. McFate’s latest title is a must read for national security practitioners and warfighters of all ranks. More broadly, The New Rules of War confirms the ongoing demise of the Westphalian state and conventional war as it is presently known; whether America and its allies can adapt is crucial to their security, if not their survival.

McFate’s background is singular among scholars in this field. He is a former servicemember, serving as a paratrooper and officer in the US Army’s 82nd Airborne Division and later graduating from the Jungle Warfare School in Panama. He is also an academic, graduating from Harvard University and the London School of Economics and Political Science, and is presently a professor of strategy at the National Defense University. Uniquely, and perhaps most importantly, McFate is a former private military contractor with extensive experience around the world. To appreciate his perspective, readers should look to an article published early in his academic career: “I Built An African Army.”

So how does McFate answer those big questions about why the United States get war wrong and how to fix it? He begins by arguing that the country has suffered from “strategic atrophy” and has failed to recognize that current circumstances are neither solely war nor solely peace. He acknowledges that grand strategy is rarely articulated formally and requires a historical review to confirm its existence, but nevertheless contends that it is observable in a country’s general vector, borne of its origin, geopolitical circumstances, interests, and values.

Prior to 1945, the United States sought to cultivate its economic strength and capitalize on its geographical insulation from Europe. After 1945, American strategy entailed containing the Soviet Union politically, economically, militarily, and ideologically, around the world—a strategy successfully executed by successive administrations over five decades.

But after the peaceful conclusion to the Cold War, America’s grand strategy has been . . . what, exactly?

America neither extended democracy nor preserved its dominance. Instead, authoritarianism returned, nation building failed, and China emerged as a strategic competitor. Regardless of the grand strategy undertaken, McFate emphasizes that the principal utility of one should be to foster coherent policy making and, by extension, predictability in international conduct. The latter is paramount because today’s international security environment is utterly unpredictable.

McFate characterizes the current unpredictability as “durable disorder.” Specifically, Cold War bipolarity and post–Cold War unipolarity have been succeeded by a fluid distribution of power in which actors of all types capitalize on (or instigate) power vacuums or regional instability. Durable disorder does not result in war as we typically conceptualize it, but neither does it constitute peace—not when ISIS claimed control of 81,000 square miles straddling multiple countries and committed genocide, Russia annexed Crimea, and China incrementally expands its claims in the South China Sea.

In McFate’s pointed words, “In modern and future wars, there is no war or peace—only war and peace.”

As such, framing national security as a war–peace dichotomy is a sure path to continued frustration abroad. State actors have not been deterred by massive budgets and the procurement of tanks, carriers, and aircraft and punitive victories over terrorists and insurgents have been marred by years-long failed stabilization operations.

The New Rules of War states that American decision makers will have to develop capabilities calibrated for both, and among other of the book’s recommendations to that end, a few stand out. First, McFate argues for the continued expansion of special operations capabilities, particularly the kinetic types represented by the teams that eliminated Osama bin Laden and rescued a civilian ship captain from Somali pirates. Second, he makes the case for the implementation of the perennial promise to expand and integrate expeditionary civilian capabilities.

McFate’s strongest argument in favor of these recommendations is that they could be easily funded by simply canceling one order of F-35 fighters—and keeping the change.

One original recommendation entails establishing an “American Foreign Legion.” Akin to the French version, this force would be composed of foreigners recruited globally and led by US officers, and then deployed to chaotic areas critical to the national interest. An American Foreign Legion, McFate suggests, would mean never having to rely on poorly trained indigenous forces or spend years winning hearts and minds.

An additional recommendation reflects McFate’s unique background and is what truly distinguishes The New Rules of War from other books: he writes that the United States should incorporate private military contractors into its arsenal. Unlike other scholars, McFate has been personally involved in a variety of contracted missions and can credibly attest to the substantive and effective role played by armed contractors.

The New Rules of War comprehensively explains how military contractors have played an under-recognized but remarkably effective—and cost-effective—role in trouble spots around the world, from ridding Nigeria of Boko Haram to helping Russia partition Ukraine. The market includes ground, sea, and cyber forces, and contractors’ proven value is even recognized by terrorists, who have the option of hiring Malhama Tactical, the “Blackwater of Jihad.”

McFate acknowledges that private military companies are disdained because they have no political loyalties and are driven by the profit motive. His response? That’s great—America has deep pockets and can buy just enough loyalty. All markets are vulnerable to manipulation and America has the political incentive and market heft to own this one. The New Rules of War lists three dozen stratagems to guide how the United States can exploit the market—all familiar to aggressive Wall Street types ruthlessly obsessed with the bottom line.

Scholars and policymakers may be disquieted by the proposal to use contractors because it would further cement the erosion of the state’s monopoly on the use of violence. Acknowledging the concern, McFate points out that “durable disorder” calls for such a change. After all, he explains, durable disorder itself is not new, but rather a return to a pattern that characterized the world prior to the Treaty of Westphalia.

Before the mid-seventeenth century, power was distributed variously among kingdoms, empires, republics, papacies, caliphates, religious sects, warlords, duchies, city-states, cartels, bandits, and, yes, very powerful mercenaries. The New Rules of War is replete with examples illustrating the similarity between the present and the medieval period.

The distinctions between war and peace were blurred then as they are now.

If conventional war is dead, then how—to revisit the original question—can the United States get war right and use a reorganized military force to achieve national security objectives? McFate responds by reiterating first principles.

Clausewitzian dogma holds that war is the violent continuation of politics by other means. However, Clausewitz is a child of the Westphalian era and fails to conceive of war beyond its confines. Prior to Westphalia, no rules existed, and increasingly, rules are ceasing to exist again.

Per Sun Tzu, all warfare is based on deception, and so McFate argues America must enhance its counterintelligence capabilities. Amid durable disorder, “shadow wars” and “black ops” will be frequent. America’s adversaries are making their best attempts to achieve their aims with plausible deniability and the United States should be equally capable. As The New Rules of War declares, “Victory belongs to the cunning, not to the strong.”

McFate acknowledges that America will be disadvantaged because accountability and transparency are fundamental attributes of representative government. The country’s past experience with covert activities has been brief and has encompassed both great successes and disastrous failures. American intelligence prevented communist electoral wins in Western European countries after World War II and overturned regimes in Guatemala and Iran.  However, such successes also induced greater recklessness abroad and eventually illegal activity at home.

Despite the resurrection of intelligence capabilities after 9/11, decision makers are still leery of endorsing covert disinformation and counter-narrative activities. Notwithstanding this legitimate concern, The New Rules of War warns that “the West needs to learn how to fight in the shadows without losing its soul, or it will continue to get sucker punched by autocracies.”

Beyond shadow wars, McFate’s conclusions denote a broader existential challenge for the West.

America’s success in navigating a post-Westphalian world will be consequential because it is the modern heir to the Westphalian framework and has accepted the mantle of defender of the free world. Trust, accountability, and transparency are embedded in its founding documents and fundamental to its existence.

In stark contrast, authoritarian regimes and revolutionary insurgents thrive on deceit. In the former, power is held among a small cadre unaccountable to its public; in the latter, authority rests with a core bound by dogma, ideology, greed, and the glorification of violence. The opinion of affected populations is irrelevant. Without trust, America’s adversaries possess no soul to lose, no morality to transgress.

America—and the West more broadly—identified this elementary difference as a source of strength and confidence during the Cold War. As President Ronald Reagan memorably declared, “The only morality [the Soviets] recognize is what will further their cause, meaning they reserve unto themselves the right to commit any crime, to lie, to cheat, in order to attain that. . . . We operate on a different set of standards.”

Unfortunately, Western Europe, in the aftermath of two world wars and the Holocaust, has been demoralized, guilt-ridden, and essentially debellicized, averse to raising even modest defenses. Meanwhile, since the Vietnam War and Watergate, Americans’ trust in their political and economic institutions and their leadership—and increasingly, in each other—has diminished. In the present day, the very morality of the country is fiercely debated. The role played by the Russian disinformation shadow war in the 2016 presidential election is a case in point—and has worsened political polarization.

Implementing the sound and innovative recommendations in The New Rules of War will improve the nation’s prospects for security amid durable disorder. The book greatest value, however, is that it takes important steps toward reframing the strategic debates on which America’s future security will hinge.

Jordan Prescott is a private contractor working in defense and national security since 2002. He published a blog, House of Marathon, about American politics, international security, and popular culture, from 2008 to 2016. He has additionally worked in the securities and media fields.