What is Great-Power Competition, Anyway? 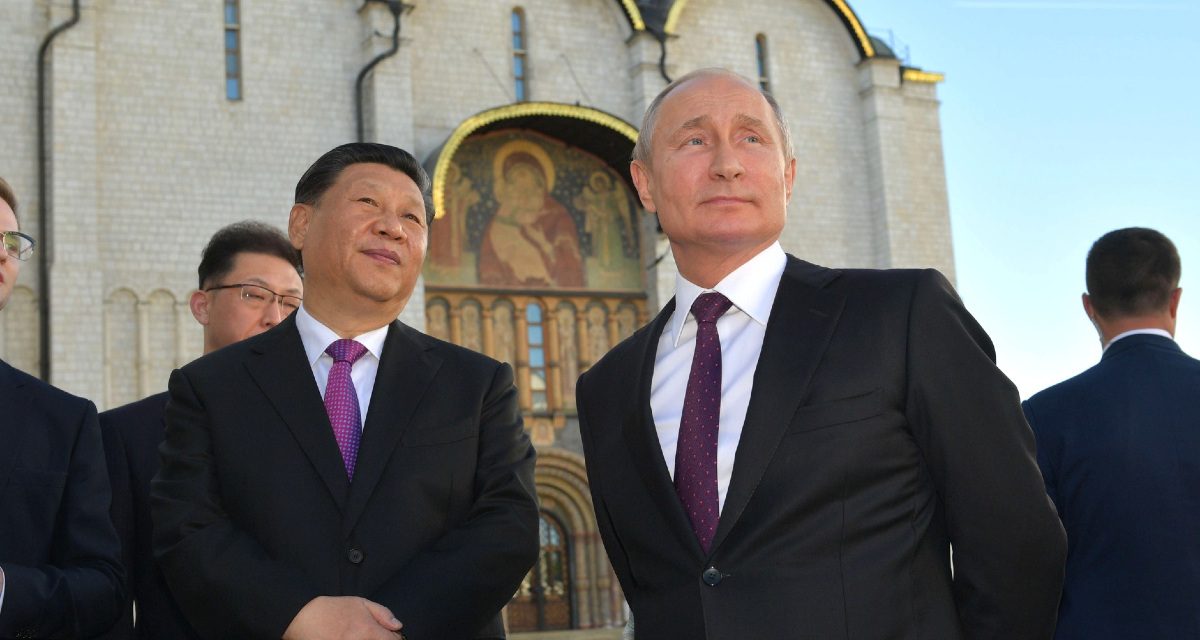 Contemporary US defense policy has a common theme rippling through it. “Great-power competition” is the latest watchword of the defense enterprise. What was an “arcane term” just a few years ago is now firmly entrenched in conventional defense thinking, in large part due to its appearance in the 2017 National Security Strategy. Trickling downward, the 2018 National Defense Strategy mentions this concept (which it calls “long-term strategic competition”) fourteen times. Past this, the 2018 National Military Strategy specifically makes mention of great-power competition three times. In fact, there has been a recent flurry of analysis about the nexus of great-power competition and the COVID-19 pandemic—a sign of the remarkable extent to which the concept is linked to virtually every aspect of defense, strategy, and security.

And yet there is an unfortunate problem that, collectively, the defense establishment (or more accurately, the broader national-security and foreign-policy establishment) seems to have decided to ignore: none of these strategy documents truly define what this phrase means.

Even a cursory search yields a multitude of answers across a variety of sources. This inevitably leads to differing views on how to carry out the broad directives in the keystone defense policy documents. Some observers also note that the headlong charge into great-power competition without clearly defining the term risks triggering unforeseen consequences, including, but by no means limited to, new geopolitical challenges and, possibly, hindering American defense readiness.

Given the vast scale of the US national-security and foreign-policy enterprise, there are a multitude of stakeholders in this problem of definition. In looking at that long list, four main groups emerge. The American military is one of the prime stakeholders, in that it must train to fight with a clear understanding of the strategic environment. The disarray caused by the failure to explicitly conceptualize great-power competition is most clearly evident here. The defense industry is another key stakeholder. Looking beyond current contracts, where should it focus its long-term research and development investments? Elements of the diplomatic arm of the United States also need a clear idea of the environment they are supposed to be shaping. Finally, and perhaps most importantly, US policymakers must have a clear idea of how the United States expects to adopt any national-security posture in order to effectively legislate. Each of these four groups naturally looks at the world through a different lens, which means that—without a single definition—they will inevitably develop different, and possibly competing, interpretations of great-power competition, with consequent effects for US national security and foreign policy.

So, what options are available to begin to work toward a definition? Three alternatives present themselves as worthy of discussion (although others also exist; this is not an exhaustive examination but an effort to frame the problem). First, the status quo could simply be maintained, allowing each individual agency or governmental arm to continue to refine its own definitions of great-power competition. This, of course, is plagued by the challenges discussed above—yet it remains worth mentioning if for no other reason than the fact that it’s the course we’re currently on.

Second, policymakers could look to history to define the term. After all, America’s “unipolar moment” was called such because it was precisely that—a moment, noteworthy as an exception to the more frequent periods in which multiple rivals vied for power and influence. Using history as a guide, US policy would accept that national alliances and coalitions could shift, sometimes coercively or for convenience’s sake, and take shape around the poles of power—the United States and its competitors. This might also see proxy wars fought along buffer territories or for influence in undeclared states. Looking to the Crimean War gives an example of what this type of great-power competition might look like. Going to war over the interests of third-party countries in far-off lands is not a very attractive option.

Third, a hybrid approach could be applied to defining great-power competition, one that learns the lessons of history but also charts a new path where appropriate based on the characteristics of the contemporary strategic landscape. This might, for example, seek to mobilize democratically aligned states around the world as a force against authoritarian regimes, and aim to produce a truly whole-of-government policy that unites various agencies’ and departments’ respective agendas into a cohesive strategy. This, of course, sounds good. It includes the right buzzwords and comports with our values. That is in part why this option appears to be gaining a consensus in the defense policy community.

Ideally, a definition of great-power competition must (1) realistically reflect the current geopolitical environment, (2) be aligned with the ideals of the American public, and (3) enable strategic guidance at all levels of government. Retaining the status quo of allowing various stakeholders to refine their own interpretations of a question that has broad-reaching strategic implications is problematic, since it violates this third requirement. Modeling policy for a new era of competition on historical cases is incongruous to varying degrees with both the first and second requirements. Thus we’re left with the third alternative as the best option with which to understand great-power competition as it applies to each component of government.

The struggle begins, though, with this solution’s implementation across government. Adopting policies surrounding a definition of great-power competition that both acknowledges the lessons of history and accepts the unique characteristics—political, social, technological, environmental, and more—of today’s strategic landscape would absolutely require a mobilization of a wide array of entities within the US government to achieve, which raises a number of questions. What agencies, departments, or offices that traditionally have little to no involvement in national security or foreign policy should be incorporated? Would the potential scale require some form of coordinator at the national level who can manage and facilitate this strategy? Is there a risk that the US competition strategy could shift with elections and turnover of key officials? And would such a shift between extreme policy approaches be more dangerous than a strategy that enjoys widespread political support but is consequently less ambitious?

Unfortunately, there is no single correct definition among a set of clearly incorrect ones. There is a risk of getting it “wrong,” but that does not obviate the need for a basic, simple, and understandable definition of great-power competition than will help move the US government toward a clear strategy. What all stakeholders involved should be seeking is to get it as “right” as possible, and to do so collectively with a whole-of-government approach that sheds the status quo of letting everybody develop their own sense of just what great-power competition is.

Capt. Alexander Boroff is serving as an Army Joint Chiefs of Staff Intern. His previous publications include topics such as general organizational leadership in public and private sectors, as well as Army reconnaissance training. He tweets at @UnsolicitedArmy.