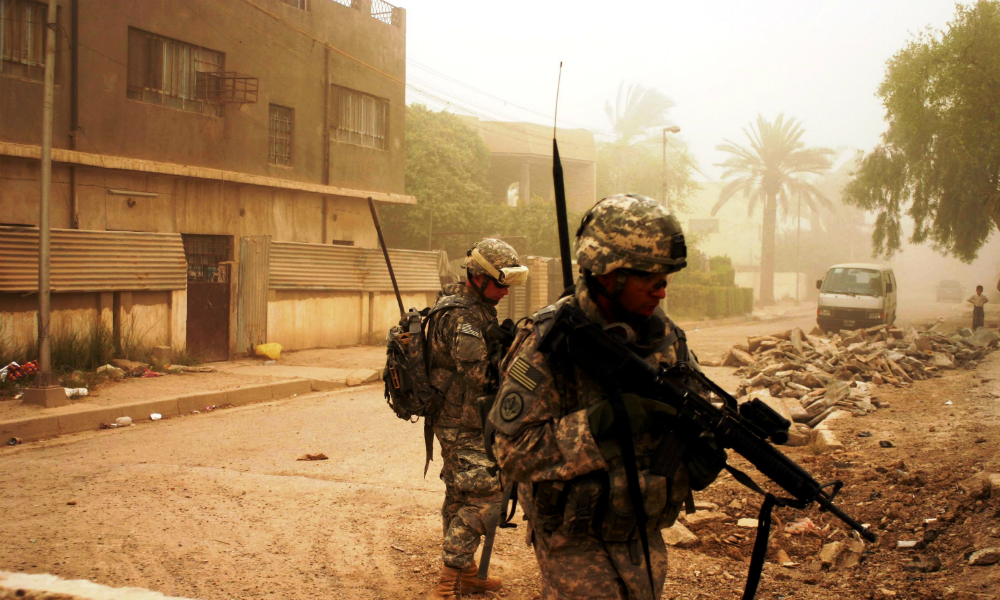 The film Black Hawk Down burned into the American psyche something intuitive to anyone who has experienced urban combat: the incredible difficulty of fighting in cities. While its title highlights the vulnerability of helicopters operating over complex urban terrain, the film’s more critical lesson is how quickly and completely a formation of dismounted soldiers can be overmatched, overwhelmed, and encircled in this dense, three-dimensional battlespace. One of the most significant tactical problems, which remains unsolved twenty-five years after the Battle of Mogadishu, is that of maneuvering small units without exposing soldiers to concentrated enemy fire. In the open spaces—vacant lots, alleys, and roadways—in which combat forces must operate and where their movements are inevitably channeled, there is simply too little concealment to protect against being targeted by lethal fires in danger areas.

Operating in the large cities of foreign lands can be a terrifying experience. Broad, two-lane streets become narrow, one-lane drives, which then turn into sidewalks, seemingly with no rhyme or reason. Alleyways turn into crevices you can barely squeeze through. Each window of a six-story building becomes a potential firing point. Any number of enemy forces can hide among a population, in some cases, of millions.

When a US military force enters complex urban terrain much of the control it achieves in other environments—massing against the enemy once identified, maintaining initiative, managing standoff distance—can be lost. Soldiers must constantly scan in three dimensions—not only all around them, but also as high as the highest building—and will be separated from vehicles and their capabilities—cover, fire support, and communication. Even if the environment is not contested, it still feels suffocating.

If conditions are hostile, there are strict time constraints, because once a friendly force is identified and located the enemy can quickly gain an advantage. The ability for any armed party to mass fires at an intervening visitor, including from high above, is easily achieved. No real precision or skill is needed. Within moments, the environment can transform from completely permissive (or at least the perception of permissiveness) to entirely non-permissive, with no ability to maneuver or mass return fire against the many alleys, doorways, windows, and rooftops from which rounds are incoming simultaneously.

With insufficient native concealment, US forces must rely on either speed, camouflage, or obscuration for protection from observation or surveillance in urban terrain.

Speed works well until an operation requires a force to remain stationary. Even the most well-trained, highly effective combat units require time to clear a building, conduct a raid, or remove an obstacle.

There are promising research developments in camouflage, including cloaking fabrics that one day will make soldiers and their equipment literally invisible. For instance, a Canadian camouflage maker, Hyperstealth Biotechnology, regularly demonstrates a metamaterial to US military groups that reportedly bends light waves around a target. But this remains a future capability, and on the battlefield today, a dismounted force sent into a city has little that is designed especially for urban terrain.

This leaves obscuration as the most viable option. Obscuration, according to US Army doctrine is “the employment of materials into the environment that degrade optical and/or electro-optical capabilities within select portions of the electromagnetic spectrum in order to deny acquisition by or deceive an enemy or adversary.” In practical terms, and in the context of the urban battlespace, it keeps forces from being seen. The standard device carried by dismounted soldiers for obscuration is a smoke grenade, a piece of equipment that hasn’t changed since World War II. They emit only 50–90 seconds of smoke and can be thrown 35 meters by an average soldier. There are some vehicle variants that offer smoke generators or smoke grenade dischargers but these are not common to all formations, and in dense, urban environments, are simply unfeasible.

The 2014 PBS Frontline documentary Children of Aleppo displayed an ingenious solution to the obscuration problem adopted by a population who, without access to the trusted military smoke grenade, decided to hang massive sheets between buildings to prevent snipers from seeing and engaging them. Despite the US military’s desire for high-tech solutions to problems it encounters on the battlefield, this primitive “war hack” has immediate application for US soldiers in current and future conflicts in complex urban terrain. 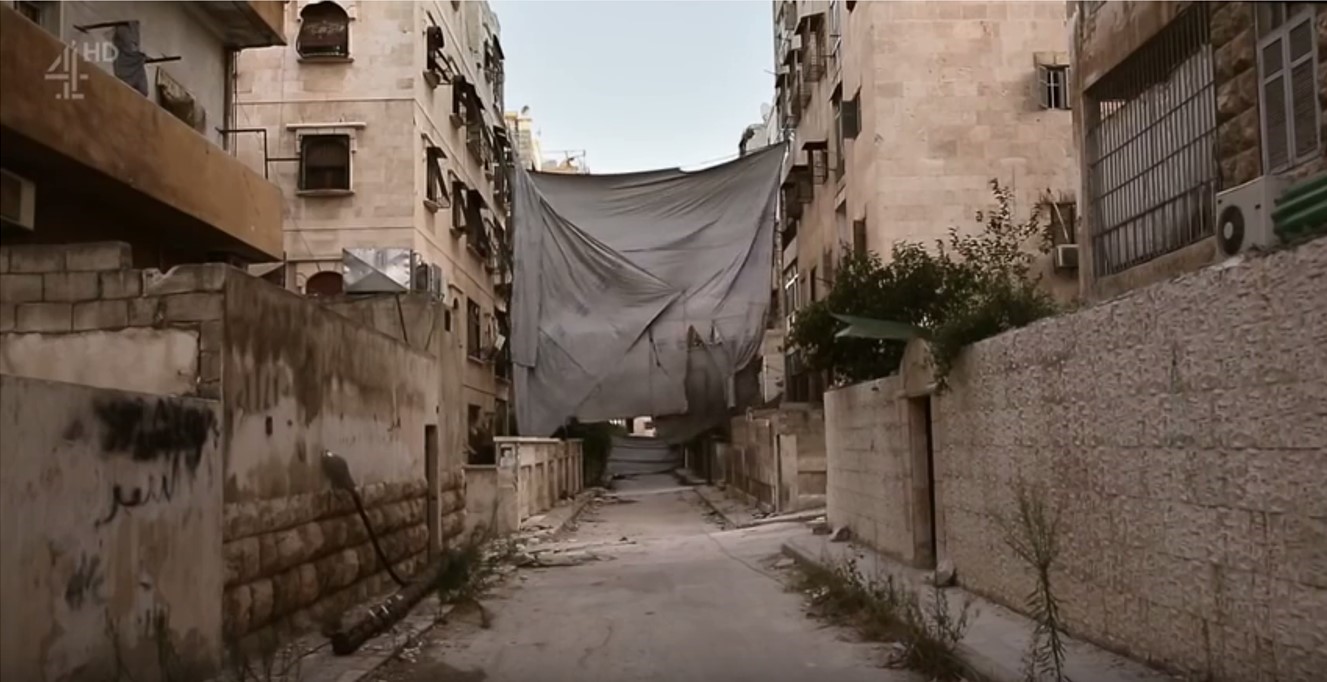 The technology to implement this tactic in an enhanced, workable fashion—in other words, without needing to enter or scale buildings to physically string sheets between them—exists today. In 2012, West Point cadets designed, developed, and received a patent for a penetrating anchor projectile that can be fired from a soldier’s M203 grenade launcher. The anchor was designed to assist in rapid scaling of large vertical obstacles. The system consists of a tungsten and steel anchor projectile encased in a plastic sheath weighing approximately a quarter of a pound and traveling so quickly that it can penetrate reinforced concrete. There is a cable attached to the projectile that serves as the lead line to allow an operator to attach a climbing rope.

This projectile could easily be modified for the purpose of deploying a rapid obscuration screen. The existing cable attached to the climbing anchor could be attached to a stretchable sheet and fired into the walls of buildings in an urban environment to replicate the makeshift sniper screens seen in Aleppo. In addition to providing obscuration, the sheet could be made of fire-resistant fabric and could include a wire lining that changes the trajectory of certain slow-moving munitions like rocket-propelled grenades. 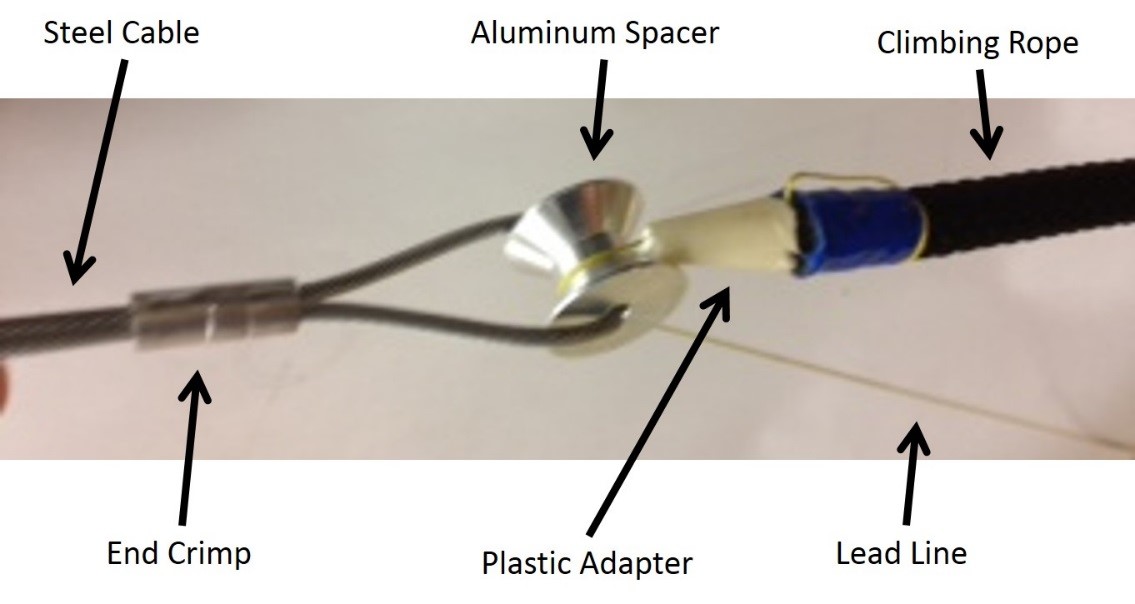 The West Point projectile was designed to be made from low-cost materials, and due to the simplicity of the device, does not require extensive manufacturing processes. The cost of production was estimated to be $125 per unit at most. A cheap expendable tool for obscuration would be a critical enabler of combat effectiveness. Too often, soldier requirements lead to expensive pieces of equipment, for which the soldier is accountable, and which end up not being used because of the risk of the equipment being lost (the Army’s Raven drone is one example). A cheap, simple, easy-to-use, fire-and-forget device would be ideal.

Some will say that obscuring an avenue of approach prevents your own ability to see the enemy. This is where US technological advantages should come into play, by attaching cameras to the sheet or cable, for instance. But there are many missions—raids against high value targets’ houses, recovery of a disabled vehicle, reducing an obstacle in the road, or simply exfiltration after completing actions on an objective—where the priority is simply not being seen.

Maj. John Spencer is a scholar with the Modern War Institute at the United States Military Academy in West Point, NY. A former Ranger Instructor, he has held the ranks of private to sergeant first class and lieutenant to major while serving in ranger, airborne, light, and mechanized infantry units during his 23 years as an infantryman. He looks forward to connecting via Twitter @SpencerGuard.  The views expressed in this article are those of the author and do not reflect the official policy or position of the Department of the Army, Department of Defense, or the U.S. Government.