Guerrillas, Revolutionaries, Insurgents, and Militias and Mafiosi: The GRIM Threats of Irregular Strategy 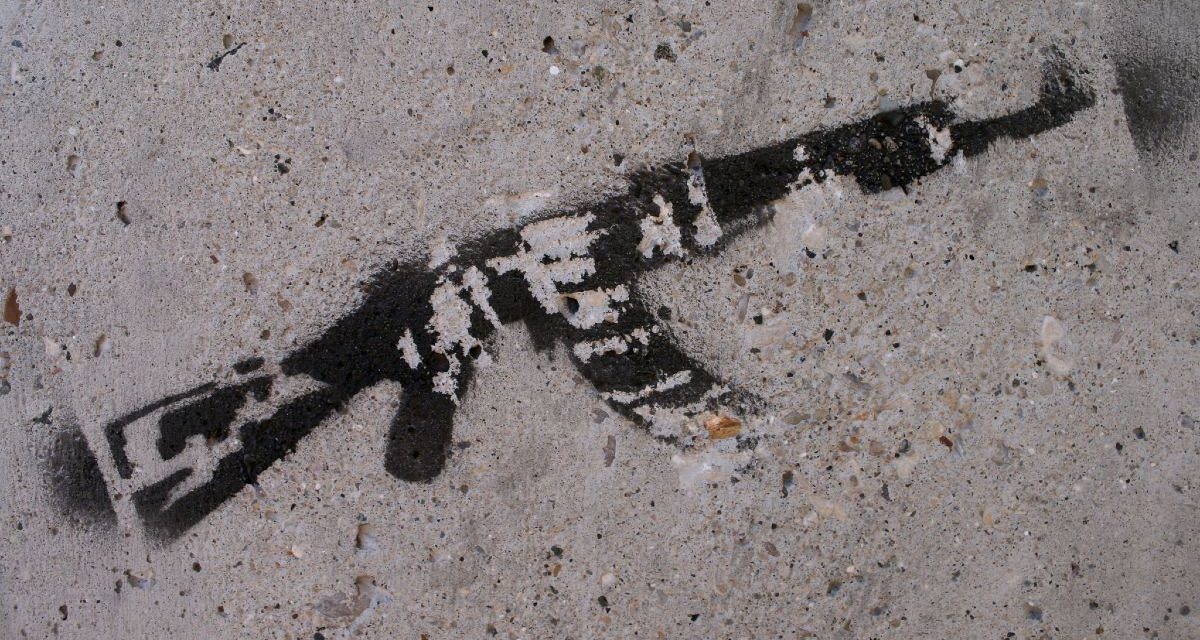 As Western policymakers and researchers reflect upon the lessons of two decades of the Global War on Terrorism, they should assess the ways in which the terminology used to frame and analyze terrorist activity contributed to strategic frustration. Terrorism—a “substate application of violence or threatened violence intended to sow panic in a society, to weaken or even overthrow the incumbents, and to bring about political change”—is a tactic that can serve multiple strategic purposes. For example, it has been used by the Islamic State to subvert and intimidate the Iraqi military, and then to consolidate control over the Iraqi population; by the Popular Front for the Liberation of Palestine and the Palestinian Liberation Organization to undermine Western interests as proxies of the Soviet Union in the broader Cold War; by Hezbollah to coerce Western powers to withdraw from the Lebanese civil war; and by the Croatian Ustaša in the 1930s as a form of surrogate political warfare. There is no singular model for terrorist group operations.

A war on terrorism is thus a poor strategic lens for understanding the irregular conflicts in which the United States and its allies have been involved for the past two decades. The use of the term terrorism also carries moral overtones that can cloud appropriate Western responses. Instead, terrorism is best viewed as a tactic of provocative violence against civilians; it may be employed by any actor to support or repress change by drawing attention to a cause. Understanding when and why an irregular or nonstate actor might choose to employ this and other tactics is crucial, emphasizing the importance of academic work focused on irregular warfare such as that undertaken by the Joint Special Operations University, US Army Special Operations Command’s Assessing Revolutionary and Insurgent Strategies series, and the Modern War Institute. Still, researchers and policymakers should further examine strategic classifications of irregular or nonstate adversaries to more accurately frame assessments of past operations and improve the outcomes of future conflicts.

To address this gap, a new strategy-based model is needed, using the terms guerrillas, revolutionaries, insurgents, and militias and mafiosi—GRIM threats. This taxonomy anticipates dynamic adaptation on the part of irregular adversaries. It seeks to articulate the evolving characteristics and goals of nonstate actors at different stages of development, capability, and threat, while identifying the logic of violence behind the tactical use of terrorism. Armed with this framework, policymakers and practitioners can better tailor their responses to evolving irregular threats.

The broadly applied Western lexicon vilifies irregular actors, marginalizes their objectives, and dilutes examination of why each actor rebels. This nomenclature challenge is particularly marked in Australian policy. In stark contrast to the United States’ Irregular Warfare Annex to the National Defense Strategy, Australia’s 2020 Defence Strategic Update does not meaningfully engage with irregular or unconventional threats. This absence of terminology has produced a policy void. The war on terrorism for Australia thereby became an astrategic environment in which Australian military contributions to US-led operations took place without “serious public or parliamentary debate” regarding the nature of the threat or the necessary response. This Australian policy gap stands in marked contrast to earlier doctrinal understanding of historical use of terrorism, such as Communist revolutionary warfare during the Malayan Emergency and the Vietnam War.

Like Australia, the United States suffers from a nomenclature problem that limits understanding of irregular threats. And this problem extends beyond Western governments and militaries. Academic discourse frequently conflates irregular warfare terminology such as rebel, guerrilla, bandit, insurgent, militia, and terrorist in seemingly synonymous or inconsistent ways. The absence of clarity suggests an absence of analysis—a reflection of the fact that policymakers view irregular actors as low-priority irritants.

This article expands on previous efforts to solve this problem by proposing a strategy-based taxonomy of nonstate actors using the terms guerrillas, revolutionaries, insurgents, and militias and mafiosi—GRIM threats. These distinctions are arrayed based upon two axes—scale of desired change and timeframe—that pertain to the strategy a group pursues. These distinctions create fuzzy edges between categories and a central, overlapping conceptual space in which terrorist tactics might be employed. Distinguished in this manner, irregular strategy can be contextualized along an existing strategic spectrum—namely, Hans Delbrück’s distinction between strategies of annihilation (Niederwerfungsstrategie) and exhaustion or attrition (Ermattungsstrategie). Thus, with this geometric array, militias and revolutionaries are focused on the “now”—adhering to annihilation—while insurgents and guerrillas “have the time”—adhering to exhaustion. This two-axis model is shown graphically below.

The category of militias and mafiosi captures the transition from a movement—a group of people espousing a political idea—into an organization that seeks to employ violence to realize its idea. Initially, this organization may assume the form of an incipient clandestine network. As Scott Gates notes, by definition, such groups operate illegally and exhibit “many of the internal organizational characteristics of organized criminal groups, such as the Mafia.” The resources required by this incipient organization (such as weapons, intelligence, and military hardware like night-vision equipment) and the sourcing of funding (such as robbery, extortion, or the bypassing of international financial transfers) might likewise be illegal, branding a nascent group as bandits or brigands.

Irregular organizations begin as clandestine networks that must organize popular support in order to survive. Many do not succeed. Identity-based distinctions—a particular village, a particular clan, a particular religious sect—might define the organization at this point. Such incipient networks emerge as armed groups challenging the writ of the state, at which point they are generally defensive in orientation (due to weakness and an objective of protecting themselves), are fragmented or vanguard organizations, and do not pursue decisive change. Indeed, a mafiosi element emerges in which nascent organizations that seek resources and illicit activities thrive in the un- or undergoverned spaces that facilitate their growth.

A guerrilla fights a protracted war of attrition or exhaustion. From the Iberian Peninsula in the 1800s to Burmese tribesmen in World War II, guerrilla strategy has been characterized by offensive hit-and-run engagements, generally against lines of communication or isolated outposts, with the aim of exhausting an adversary. History has demonstrated the validity of this logic as a French participant to the Iberian campaign, J. F. A. Lemière de Corvey, observed as far back as 1823:

One hundred and fifty to two hundred guerrilla bodies throughout Spain each took a vow to kill thirty or forty Frenchmen a month, making six to eight thousand men a month [tallying some seventy thousand a year] for all the guerrilla bands.

The attrition of Napoleon’s Grande Armée in Russia in 1812 punished his bold advance and prompted a withdrawal of French troops from Iberia to reconstitute lost forces. Between 1942 and 1944, a million Axis troops were fixed in place in Yugoslavia and progressively weakened by attrition through countless partisan ambushes and raids. A guerrilla group’s strategy retains its small-war and parochial characteristics, generally seeking change only within a particular district, valley, or mountain range.

Offensive action requires support—ideological, materiel, and intelligence. But as Bernard Fall notes, the armed component that conducts “guerrilla warfare is nothing but a tactical appendage of a far vaster political contest and . . . no matter how expertly it is fought by competent and dedicated professionals, it cannot possibly make up for the absence of a political rationale.” Guerrilla strategy is thus an extension of preestablished defensive militia networks, themselves a manifestation of a broader political movement. These layers of ideological support create local sanctuaries, metaphorical estuaries for the rebellious fish in a sea of popular support that provide the group’s logistics requirements. Internationalized patron support markedly enables the capability of rebel groups and is thus often present within this strategy.

Insurgency is “a protracted political-military activity directed toward completely or partially controlling the resources of a country through the use of irregular military forces and illegal political organizations.” It differs from a localized guerrilla organization by having national, or even international, objectives. The primary goal is state exhaustion—of an enemy near or far—often requiring internationalized support and popular legitimacy through effective shadow governance. Competition for control over the population is all-encompassing, as insurgent organizations typically use welfare as warfare and forms of rebelocracy to govern areas they control. Insurgent strategy is thus characterized by development as an integrated organization and may field people’s armies of conventional military capability working in concert with guerrilla elements and localized militias.

Revolutionaries pursue the forcible overthrow of a government through mass mobilization of a significant component of the population. This differentiates a revolution from a coup d’état and lends legitimacy in the eyes of the local population. Revolutionary strategy relies upon the seeds of clandestine organization that guide the masses. It is marked by rapid change that results from a schism within the power structures of the state. As Hannah Arendt notes: “Generally speaking, we may say that no revolution is even possible where the authority of the body politic is truly intact, and this means, under modern conditions, where the armed forces can be trusted to obey the civil authorities.” Thus, “revolutionists in modern society do not so much ‘seize’ power as destroy and re-create it.”

Irregular challengers often begin as small, clandestine networks (militias or mafiosi)—often based upon preconflict friendship or familial groups—that take time to develop grassroots support, organize, and mobilize against authority. Their structures and strategies evolve based upon their objectives and their strength. Too fast an evolution and groups will likely lack cohesion, providing opportunities for the security forces to infiltrate, target, or foment factional splits and infighting. Too slow an evolution and a decline in popular support will likely manifest through conflict fatigue, disillusionment with irregular leaders, or the emergence of more radicalized competing factions. Irregular actors are not static entities; they adopt particular formulations depending upon the level of popular discontent, the strength of their organizations, and the state of competition for control over their target populations.

There are two paths of evolution within the taxonomy. First is a counterclockwise progression from clandestine militia networks to guerrillas, insurgents, and then revolutionaries—a pathway that describes Cold War–era Communist revolutionary warfare doctrine. That an insurgency might attempt one or more Tet-like revolutionary escalations demonstrates the challenge in successfully adopting a classic revolutionary strategy and perhaps encourages rebels to adopt a Maoist progression into a people’s army to exhaust its challenger, rather than seek its collapse. The second pathway describes a direct revolutionary challenge: development from a clandestine network to a group aiming to directly spark a revolution. This represents the Leninist model that culminates in a coup d’état, David Galula’s shortcut pattern, and the Che Guevara–prescribed focoist progression. The dual pathways are shown graphically below.

An improved taxonomy regarding irregular warfare can assist policymakers and practitioners in responding to contemporary and emerging forms of irregular conflict. By understanding the maturity and trajectory of a nonstate actor based on its stage of development and current strategy, policymakers can tailor interventions to disrupt the group’s structure and activities. Armed with this taxonomy, analysts should recognize that aggressive counterterrorism actions against local self-defense militias will yield the accidental guerrilla—trapping us in a vicious cycle of so-called wars on terrorism. Western governments must improve their lexicon about nonstate adversaries in order to learn from—and avoid repeating—the last twenty years of conflict.

Major Andrew Maher is an Australian chief of army scholar, a visiting fellow and lecturer with the University of New South Wales Canberra on irregular warfare, and a doctoral candidate examining the strategy of proxy warfare.